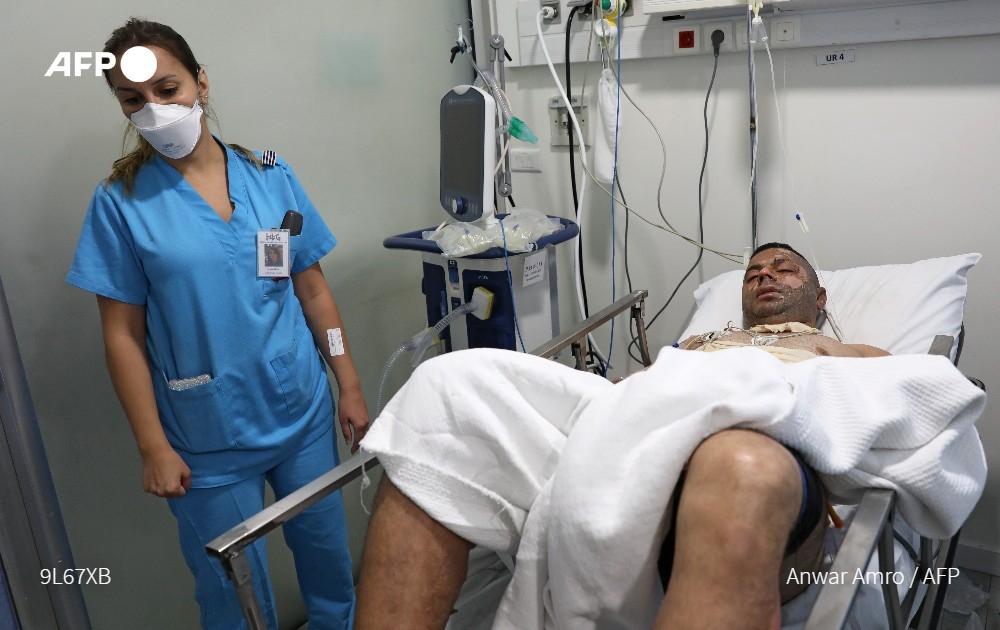 At least 28 people have been killed in a fuel tanker explosion in Akkar in northern Lebanon, the Lebanese health ministry said on Sunday.

"Our teams have transported 20 dead bodies and more than seven injured from the fuel tanker explosion in Akkar to hospitals in the area," the Lebanese Red Cross tweeted earlier. Later the health ministry confirmed the firgure as 28. "Death toll from northern Lebanon fuel blast climbs to 28", the health ministry said.

The cause of the blast was not immediately clear, reports Xinhua news agency.

Lebanon, which is facing an unprecedented financial crisis, has been grappling with fuel shortages for months, with hospitals warning of being forced to shut down as they are low on fuel.

In a video shared by AFP, smoke billowed from the property of a fuel tanker owner in northern Lebanon's Akkar region after angry people set fire to the building following a tanker explosion that killed 28, according to a health ministry advisor.

Caretaker Health Minister Hamad Hassan instructed hospitals across the country "to receive the wounded from the painful tragedy in Akkar's al-Talil at the ministry's expense and without reluctance."

The Lebanese army on Saturday said it seized thousands of litres of gasoline and diesel that distributors were stockpiling at stations across the country.

The Akkar explosion comes less than two weeks after Lebanon marked the first anniversary of a blast at Beirut port last summer that killed more than 200 people.