In a keynote session on Tuesday at the ongoing CES here, Ivanka Trump said that the government's policies
IANS 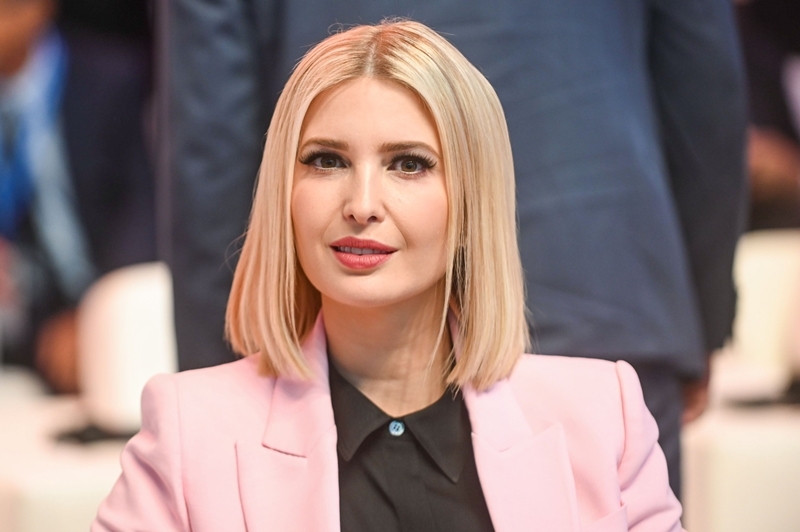 Las Vegas: If US President Donald Trump listens to his advisor and eldest daughter Ivanka Trump, then there could be a major overhaul of US immigration policy that would be more open to welcome high skilled workers to join the American workforce.

In a keynote session on Tuesday at the ongoing CES here, Ivanka Trump said that the government's policiesshould be revised to allow highly educated non-citizens to live and work in the US learning from the policies being followed in other neighbouring countries such as Canada. This, however, she added, "can't displace the investment that needs to be made in marginalized, unskilled Americans". She said that overhauling the immigration policy would also help the US grow and innovate.

"The President says he thinks it's absolutely insane that we educate immigrants from around the world and just when they're about to start companies, we throw them out of the country. We need to reach over the sidelines, draw them into our workforce."

The address by what White House calls President's advisor should be music to thousands of Indian students studying in various US universities and looking forward to realising their US dream thereafter.

However, concerns about providing jobs to Americans have pushed these aspiring and highly skilled immigrant workers to look at other geographies for a remunerative and productive employment,

The run up to CES keynote by Ivanka Trump has not been smooth with her credentials as a tech expert being questioned by several women in the field.

In her CES 2020 keynote session, titled "The Path to the Future of Work", Ivanka spoke about the White House's focus on reskilling workers so they can be ready for the jobs of the future.

But she largely kept herself away from technology and rather focused more on her father's policy on jobs and what private sector can and should do to re-skill American work force.

Ivanka Trump also co-chairs the American Workforce Policy Advisory Board that's made up of tech leaders including the CEOs of Apple and IBM. She said that Americans need to develop skills to compete in the long term.

This, she said, is not just about training Americans for the jobs of future but also sensitising the potential employers to take care of their existing workforce as well and provide the ample opportunity to grow through retraining and reskilling.

The keynote took shape of an interview where Ivanka Trump was asked questions by Gary Shapiro, CEO of the Consumer Technology Association, producer of the annual CES consumer-electronics show.

Trump said one of the White House's big priorities is to work with private industry to build the country's workforce.

In the keynote, Ivanka Trump did not address her father's impeachment last month by the House of Representatives. Nor did the current geopolitical crisis with Iran -- sparked by the US drone strike ordered by President Trump that killed Iranian Major General Qasem Soleimani on January 3 -- came up in Ivanka Trump's talk with Shapiro.

Ivanka Trump touted record low unemployment in the US across all demographics. Of people who have secured jobs in the past year, 73 per cent came from groups that were marginalized or came from outside the workforce, she claimed.

Ivanka Trump noted that there's a concern among American employers about lack of skilled workers. There are 500,000 unfilled jobs in the US manufacturing sector and over 7 million unfilled jobs total across the country because companies can't find workers with the right skills, she said.

It's forced employers to get creative," she said, citing examples of companies hiring formerly incarcerated people.

Trump said the fastest wage growth among US workers is happening in the bottom quartile of earners: "There really is a blue-collar boom in this country."

Asked whether growth of technology and innovation will squeeze jobs, Ivanka Trump saidthat in the contrary, innovation is net job creator and will enable more inclusive jobs.

She asked the private sector to be active on their part to see how there workforce could be made more productive and get skills that make them useful to the changed work environment.

In this regard she mentioned how 42 CTA members have identified 392,214 new US worker training opportunities over the next five years.

"We cannot ask all of you to offer this benefit to your workforces unless we are able to do it ourselves," she added.