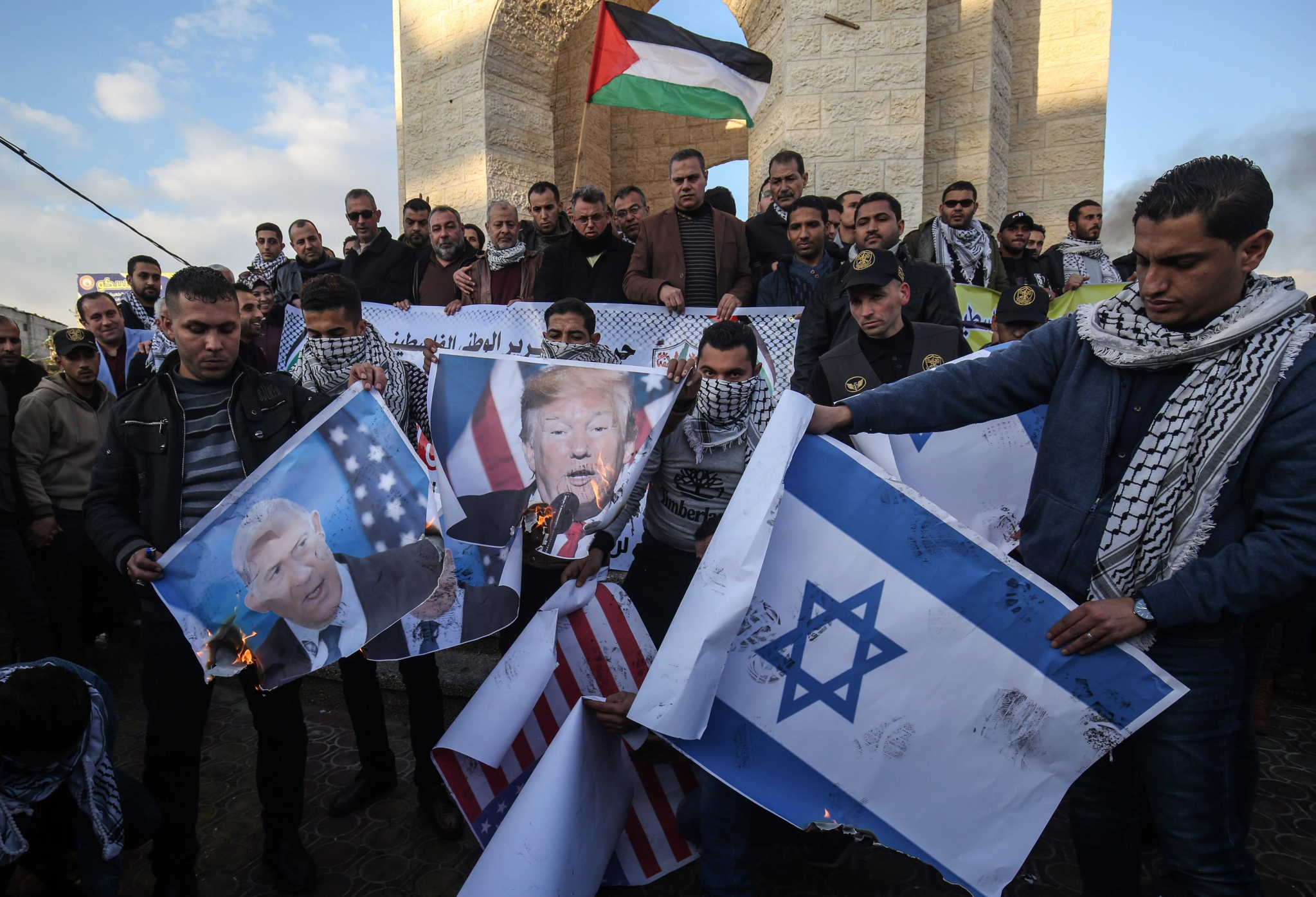 Palestinian demonstrators burn images of US President Donald Trump (C), Israeli Prime Minister Benjamin Netanyahu (L) and an Israeli national flag during a demonstrations against a US brokered Middle East peace plan, in Rafah in the southern Gaza Strip, on January 29, 2020. | Photo by SAID KHATIB / AFP

Washington: President Donald Trump has released his long delayed Israeli-Palestinian peace plan, promising "a new dawn," but angry Palestinians called it biased and deserving to go in the "dustbin of history." Standing alongside Israeli Prime Minister Benjamin Netanyahu in the White House's East Room, Trump said on Tuesday that his plan could succeed where decades of previous US attempts to intervene had failed.

"Together we can bring about a... new dawn in the Middle East," Trump said to an enthusiastic audience that included throngs of Israeli and Jewish American guests but apparently no Palestinian representatives.

They are flat out rejecting the plan, which grants Israel much of what it has sought in decades of international diplomacy, namely control over Jerusalem as its "undivided" capital, rather than a city to share with the Palestinians. The plan also lets Israel annex West Bank settlements.

However, the Palestinians angrily rejected the entire plan.

"This conspiracy deal will not pass. Our people will take it to the dustbin of history," Palestinian president Mahmud Abbas said.

But the map showed the West Bank remaining riddled with Jewish settlements linked to Israel and only a long road tunnel connecting the area with the seaside Gaza Strip.

The plan makes clear that Israel is free to annex its settlements on Palestinian lands right away.