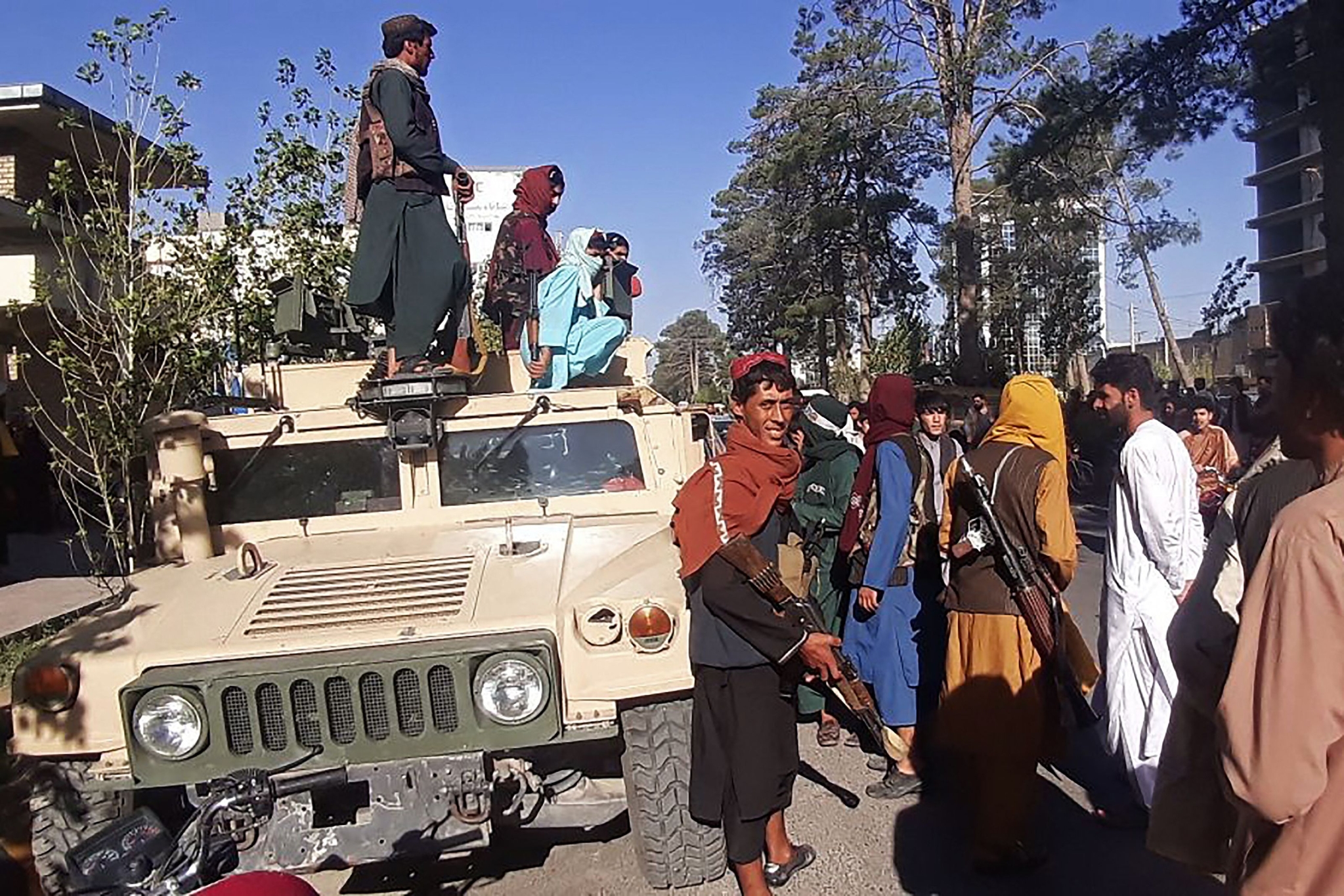 Kabul: The Taliban have captured another three provincial capitals in southern Afghanistan, including in Helmand, the scene of some of the heaviest fighting in the past two decades, as the insurgents press a lightning offensive that is gradually encircling the capital, Kabul.

The insurgents have taken more than a dozen provincial capitals in recent days and now control more than two-thirds of the country just weeks before the US plans to withdraw its last troops.

Atta Jan Haqbayan, the provincial council chief in Zabul province, said the local capital of Qalat fell to the Taliban and that officials are in a nearby army camp preparing to leave.

The latest advances came hours after the insurgents captured the country's second and third largest cities in a lightning advance. The seizures of Kandahar and Herat mark the biggest prizes yet for the Taliban.

While Kabul isn't directly under threat yet, the losses and the battles elsewhere further tighten the grip of a resurgent Taliban, who are estimated to now hold over two-thirds of the country and continue to press their offensive.

Thousands of Afghans have fled their homes amid fears the Taliban will again impose a brutal, repressive government, all but eliminating women's rights and conducting public executions.

Fazel Haq Ehsan, chief of the provincial council in the western Ghor province, said Friday that the Taliban had entered Feroz Koh, the provincial capital, and that there was fighting inside the city. The Taliban meanwhile claimed to have captured Qala-e Naw, capital of the western Badghis province. There was no official confirmation.

The Taliban are also on the move in Logar province, just south of Kabul, where they claim to have seized the police headquarters in the provincial capital of Puli-e Alim as well as a nearby prison. The city is some 80 kilometers (50 miles) south of Kabul.

In Herat, Taliban fighters rushed past the Great Mosque in the historic city - a structure that dates to 500 BC and was once a spoil of Alexander the Great - and seized government buildings. Witnesses described hearing sporadic gunfire at one government building while the rest of the city fell silent under the insurgents' control.

Herat had been under militant attack for two weeks, with one wave blunted by the arrival of warlord Ismail Khan and his forces. But on Thursday afternoon, Taliban fighters broke through the city's defensive lines and later said they were in control.

Afghan lawmaker Semin Barekzai also acknowledged the city's fall, saying that some officials there had escaped. It wasn't immediately clear what happened to Khan, who earlier had been described as under attack with his forces at a government building.

In Kandahar, the birthplace of the Taliban, insurgents seized the governor's office and other buildings, witnesses said. The governor and other officials fled the onslaught, catching a flight to Kabul, the witnesses added. They declined to be named publicly as the defeat has yet to be acknowledged by the government.

The Taliban had earlier attacked a prison in Kandahar and freed inmates inside, officials said.

Earlier Thursday, the militants raised their white flags imprinted with an Islamic proclamation of faith over the city of Ghazni, which sits on a crucial north-south highway just 130 kilometers (80 miles) southwest of Kabul.

In southern Afghanistan, the Taliban's heartland, heavy fighting continued in Lashkar Gah, where surrounded government forces hoped to hold onto the capital of Helmand province.

Nasima Niazi, a lawmaker from Helmand, criticized ongoing airstrikes targeting the area, saying civilians likely had been wounded and killed.

"The Taliban used civilian houses to protect themselves, and the government, without paying any attention to civilians, carried out airstrikes," she said.