Kabul: The Taliban's co-founder Mullah Abdul Ghani Baradar arrived in Kabul on Saturday for talks with fellow members and other politicians on establishing a new Afghan government.

"He will be in Kabul to meet jihadi leaders and politicians for an inclusive government set-up," a senior Taliban official told AFP.

Hekmatyar also said that "recent meetings held between the two sides after Taliban's entry into Kabul were informal." The Taliban have been attempting to convince the world that they will sever ties with terror groups like al-Qaeda after they are back in power in Afghanistan after 20 years and needs the world's recognition and approbation, a media report said.

The Taliban's long history of association with terror groups and their family-based relations with terrorists of other groups have raised severe questions about the Taliban's commitment during the Doha agreement that they would not provide safe heavens to any terrorist in Afghanistan.

Meanwhile, Abdul Ghani Baradar, the Taliban leader freed from a Pakistani jail in 2010 on the request of the US less than three years ago, has emerged as an "undisputed victor" of the 20-year war in Afghanistan. While Haibatullah Akhundzada is the Taliban's overall leader, Baradar is its political chief and its most public face.

Baradar was relocated to Qatar and appointed head of the Taliban's political office in Doha, where he oversaw the signing of the foreign forces' withdrawal agreement with the Americans.

Baradar arrived in Afghanistan on Tuesday from Qatar, choosing to touch down in the country's second biggest city Kandahar -- the Taliban's spiritual birthplace. 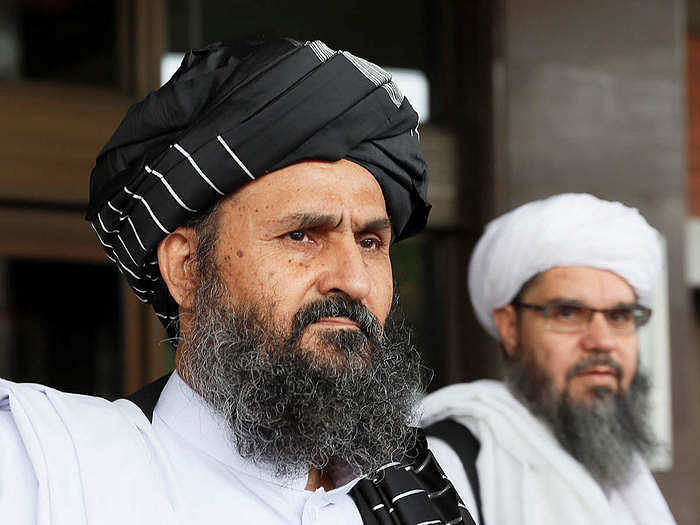 Who is Taliban's Abdul Ghani Baradar? All you need to know about rumoured to be next Afghan...