Switzerland legalized a machine that promises painless death in under one minute.
FPJ Web Desk 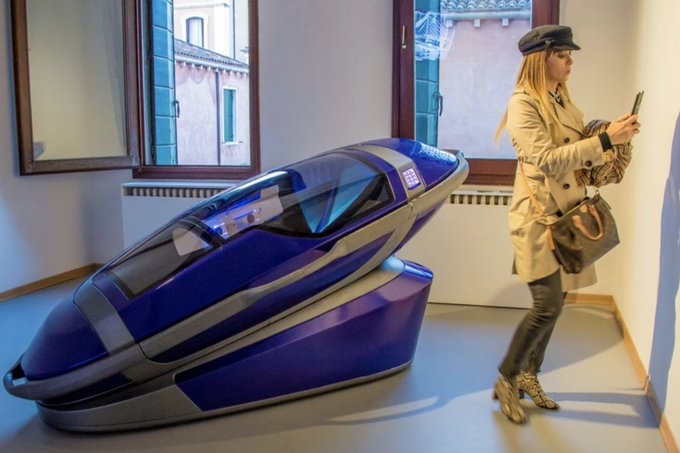 While certain countries oppose euthanasia and condemn suicide, Switzerland took to legalize suicide machine. What is the machine all about? It is simply a death capsule that puts life to an within a minute, that too with no pain or trouble.

Dr Philip Nitschke, the director of the non-profit organisation Exit International, also known as ‘Dr Death’, is the mind behind the suicide pod. As per creators, the machine promises relatively painless and peaceful death through hypoxia and hypocapnia by reducing the oxygen to a critical level in the pod.

To take a look on its appearance, it is a coffin-shaped capsule equipped to fit oneself. 'The machine can be operated from inside even by blinking in case the person using it suffers from locked-in syndrome (a condition in which a patient is aware but cannot move or communicate verbally due to complete paralysis of nearly all voluntary muscles in the body except for vertical eye movements and blinking),' the Independent UK reported.

'Assisted suicide is legal in Switzerland and around 1,300 people used the services of euthanasia organisations last year. The machine is taken to the preferred location of the user and then the biodegradable capsule is detached from the base in order to serve as a coffin. Some opined that the machine glorifies and glamorises suicide,'the report further added.

At present, as per reports, only two Sarco prototypes exist, but Exit International is 3D printing a third machine soon. It is expected to be ready for operation in Switzerland next year. COVID-19 Omicron scare | Kalyan-Dombivali: Over 100 of 295 foreign returnees in recent times to KDMC...