Seoul: South Korea has fired 3 air-to-ground missiles in response to North Korea's launches. The South retaliated on Wednesday three hours after Pyongyang fired a missile which landed less than 60km (37mi) from its eastern city of Sokcho.

North Korea fired the three short-range ballistic missiles Wednesday morning from its eastern coastal area of Wonsan. As per reports, one of the missiles landed near the Koreas' eastern sea boundary.

Earlier on Wednesday morning, South Korea had issued an air raid alert for residents on an island off its eastern coast after North Korea fired three missiles toward the sea. 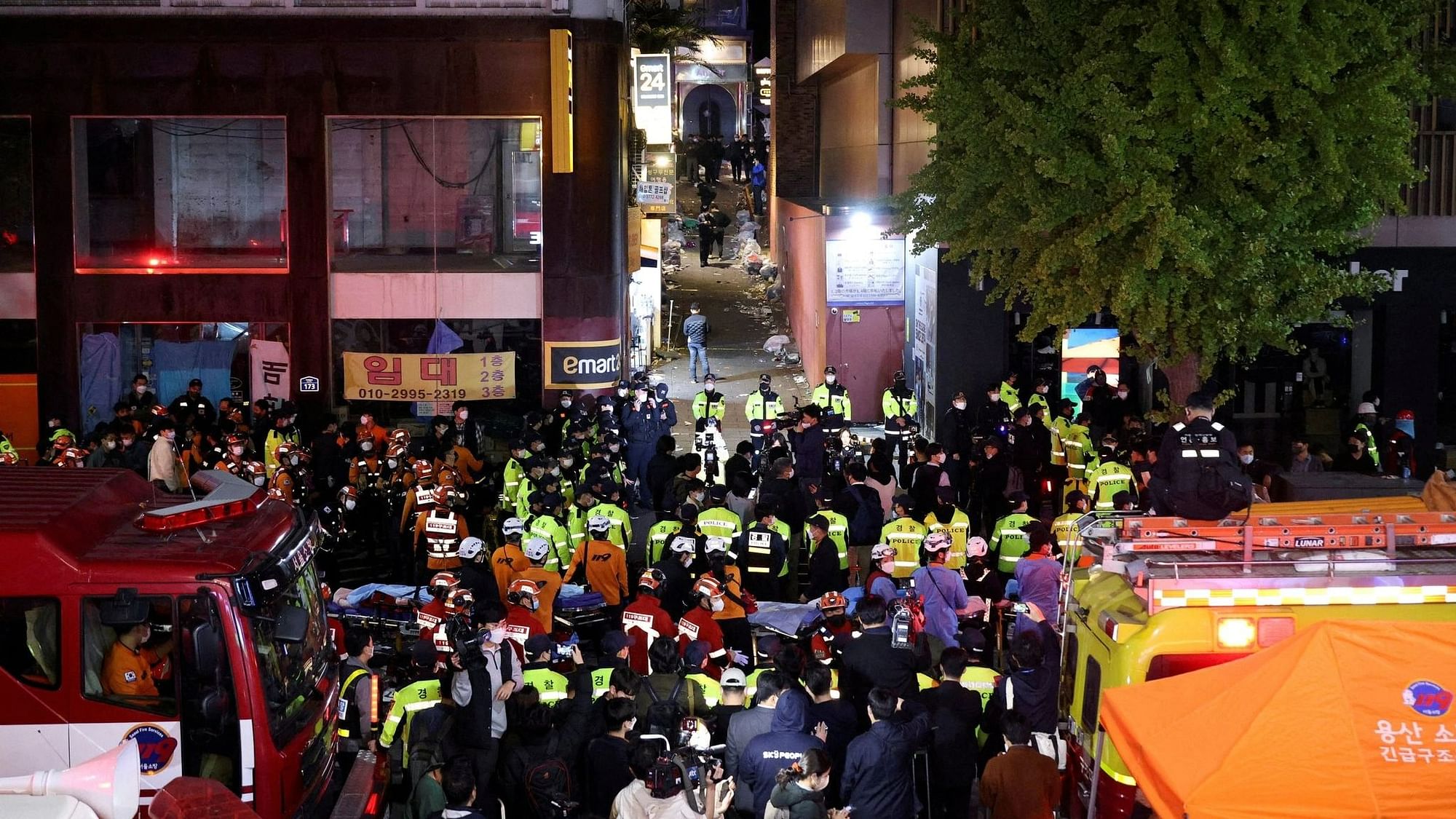 The launch came hours after North Korea issued a veiled threat to use nuclear weapons to get the US and South Korea to "pay the most horrible price in history" - an escalation of its fiery rhetoric targeting the ongoing large-scale military drills between its rivals.

In a statement, Pak Jong Chon, a secretary of the ruling Workers' Party who is considered a close confidant of leader Kim Jong Un, called the ongoing military drills between South Korea and the US "aggressive and provocative."

North Korea's conflict with US over military drills

North Korea has argued its recent weapons tests were meant to issue a warning to Washington and Seoul over their series of joint military drills that it views as an invasion rehearsal, including this week's exercises involving about 240 warplanes.

On Tuesday, North Korea's Foreign Ministry criticised the United States for expanding joint military exercises with South Korea that it claims are practice for a potential invasion, and it warned of "more powerful follow-up measures" in response.

The White House on Tuesday pushed back against North Korea's sabre rattling, reiterating that drills are part of a routine training schedule with South Korea.

"We reject the notion that they serve as any sort of provocation. We have made clear that we have no hostile intent towards the DPRK and call on them to engage in serious and sustained diplomacy," White House National Security Council spokesperson Adrienne Watson said Tuesday, using North Korea's official name, the Democratic People's Republic of Korea.

"The DPRK continues to not respond. At the same time, we will continue to work closely with our allies and partners to limit the North's ability to advance its unlawful weapons programmes and threaten regional stability."

North Korea has ramped up its weapons demonstrations to a record pace this year, launching more than 40 ballistic missiles, including developmental intercontinental ballistic missiles and an intermediate-range missile fired over Japan. The North has punctuated those tests with an escalatory nuclear doctrine that authorises preemptive nuclear attacks in loosely defined crisis situations.