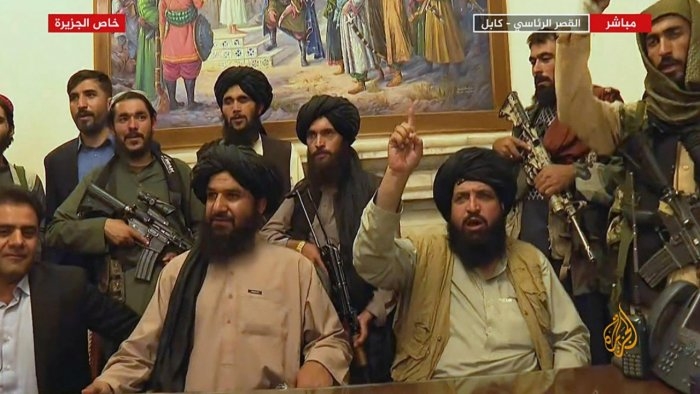 Islamabad: Unabashedly admitting Pakistan military's close ties with Taliban and its anti-India agenda, a leader of the ruling Pakistan Tehreek-e-Insaf (PTI) government talked about taking help of the Taliban in Kashmir during an on-air television show.

During a TV news debate, PTI leader Neelam Irshad Sheikh said the Taliban have announced that they will join hands with Pakistan in Kashmir.

"The Taliban are saying that they are with us and they will help us in Kashmir," Sheikh said during the show.

However, earlier the Taliban had stated that Kashmir is India's 'internal and bilateral' issue.

Alarmed by the statement of the PTI leader, the news anchor said, "Madam, do you realise what you have said. You have no idea what you have said. For God's sake ma'am, this show will air around the world. This will be viewed in India." However, unaffected and unconcerned Irshad Sheikh

continued saying that "Taliban will help us because they have been mistreated." Earlier, the Afghan government had accused Pakistan and its intelligence service of playing a key role in fostering the Taliban.