Omicron Scare: 60% of Americans may get infected by new variant from January to March 2022, claims study

The findings showed that the Covid cases may peak in late-January at about 2.8 million new daily infections.
IANS 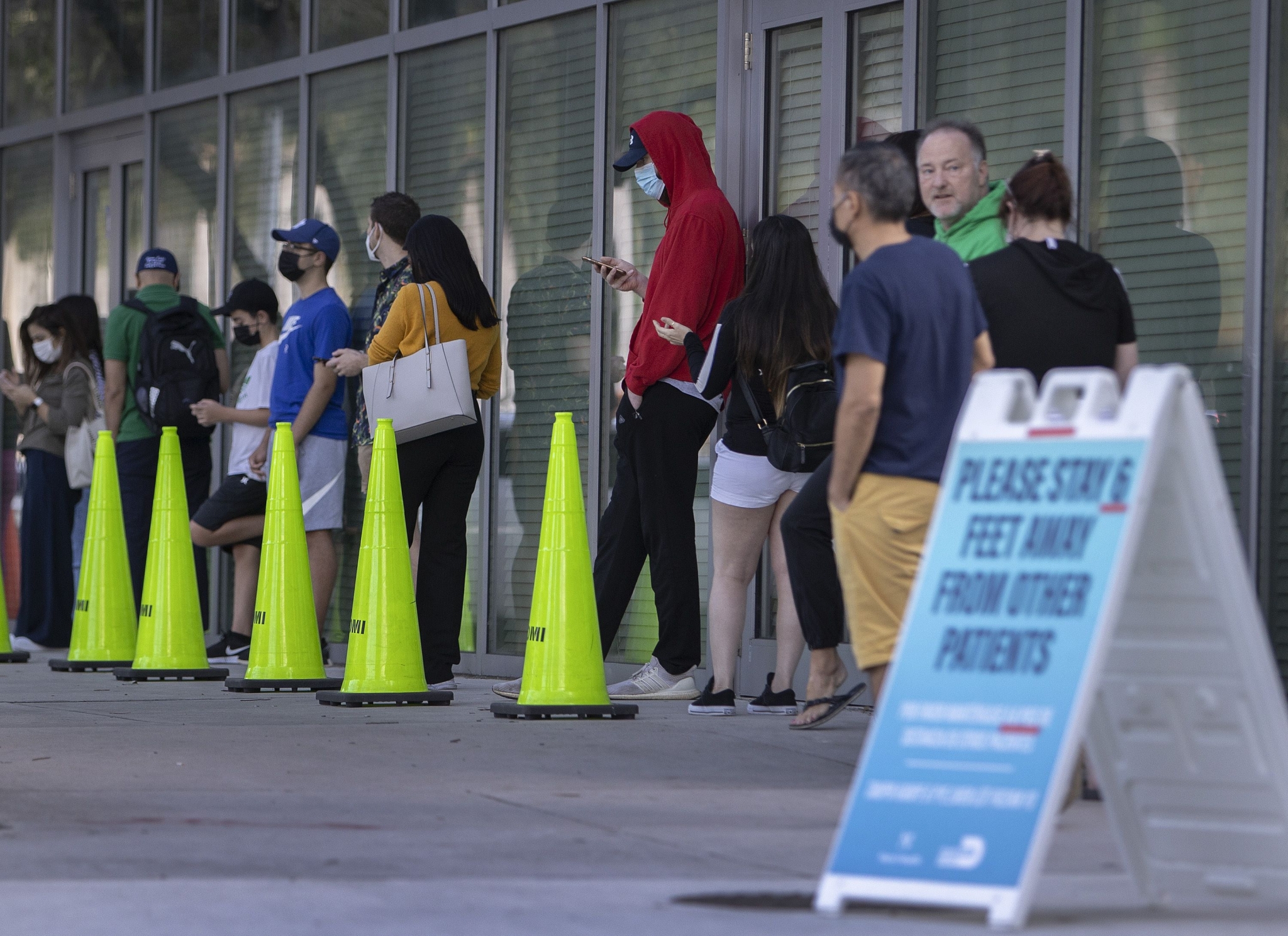 People stand in a line at a COVID-19 testing site set up at the Miami Beach 17th street garage on December 22, 2021 in Miami Beach, Florida. As COVID-19 cases rise around the country, healthcare workers are urging people to take precautions during family holiday get togethers. (USA) | Joe Raedle/Getty Images/AFP

With Omicron becoming the dominant variant of COVID-19 in the US, accounting for over 73 per cent cases, new modeling data shows that the highly transmissible new strain will cause 140 million new infections from January to March, infecting 60 per cent of all Americans, the majority of which will be asymptomatic cases.

According to researchers at the Institute for Health Metrics and Evaluation at the University of Washington, while infection will surge, it will have fewer hospitalisations and deaths compared to the Delta variant, USA Today reported.

The findings showed that the Covid cases may peak in late-January at about 2.8 million new daily infections.

"We are expecting an enormous surge in infections ... so, an enormous spread of omicron," IHME director Dr Chris Murray was quoted as saying.

While meta-analyses have suggested previous variants cause about 40 per cent of cases to be asymptomatic, Murray said more than 90 per cent of people infected with omicron may never show symptoms.

As a result, only about 400,000 cases may be reported, as most Americans infected with the virus won't feel sick and may never get tested, the report said.

At the peak of last year's winter surge in January, the country was reporting a little over 250,000 new cases per day. The country has reported about 51 million confirmed cases since the pandemic began, according to Johns Hopkins data.

On the other hand, the world may see approximately 3 billion new infections in the next two months with peak transmission occurring in mid-January at more than 35 million new cases per day, the models showed.

Murray noted that the forecast may be pessimistic, but other health experts say it is within the realm of possibility based on the early, incomplete information on Omicron.

"Sure, this a potential outcome," Julie Swann, professor at North Carolina State University who studies pandemic modeling and health systems was quoted as saying. "How certain am I that this is the outcome? Not certain at all."

"In the past, we roughly thought that Covid was 10 times worse than flu and now we have a variant that is probably at least 10 times less severe," Murray said. "So, Omicron will probably a be less severe than flu but much more transmissible."