Pyongyang: North Korea has launched a railway-borne missile with a mission to strike the target area 800 km away, the state media reported on Thursday.

"The test firing drill took place for the purpose of confirming the practicality of the railway-borne missile system deployed for action for the first time, of judging the combat readiness and capability of performing firepower duty of the newly-organised regiment all of a sudden and of attaining proficiency in the action procedures in case of fighting an actual war," the Korean Central News Agency (KCNA) said in a report.

Pak Jong Chon, member of the Presidium of the Political Bureau and secretary of the Central Committee of the Workers' Party of Korea, guided the test firing drill of the missile regiment on Wednesday, Xinhua news agency reported, citing the KCNA report.

Pak said the railway-borne missile system serves as an efficient counter-strike means capable of dealing a harsh multi-concurrent blow to the threat-posing forces through separate performances of firepower duty in different parts of the country.

Wednesday's launch comes only days after the North Korea, as it said, successfully tested new type of long-range cruise missiles, which was also attended by Pak. 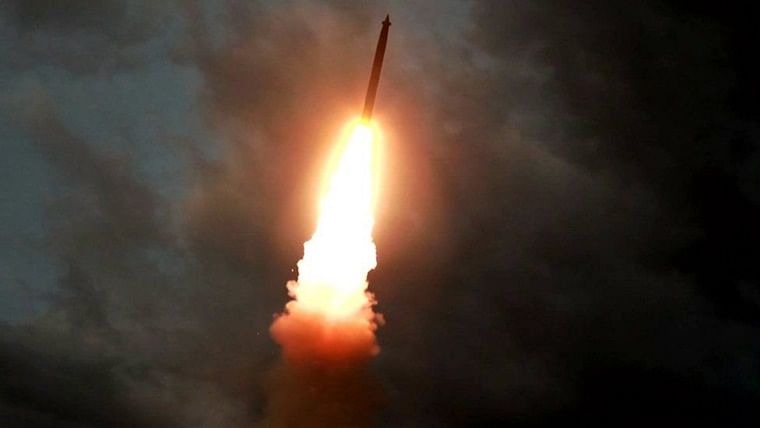