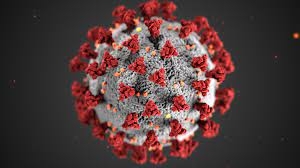 A new mutation of the Delta variant of COVID-19 which was being monitored and assessed in the UK has now been classed as a Variant Under Investigation (VUI) amid concerns of its increased growth rate, with experts warning it is a reminder that the pandemic is not over.

"The designation was made on the basis that this sub-lineage has become increasingly common in the UK in recent months, and there is some early evidence that it may have an increased growth rate in the UK compared to Delta. More evidence is needed to know whether this is due to changes in the virus' behaviour or to epidemiological conditions," it said.

According to official statistics, the original Delta variant - first identified in India and later classed as Variant of Concern (VOC) in the UK - remains overwhelmingly dominant in the UK, making up approximately 99.8 per cent of all cases.

As of October 20, there were 15,120 cases of the new VUI-21OCT-01 confirmed by whole genome sequences in England since it was first detected in July.

In the last week, VUI-21OCT-01 accounted for approximately 6 per cent of all Delta cases -- confirmed through whole genome sequencing in all nine regions of England.

"The genome of VUI-21OCT-01 does not have many mutations compared to Delta. However, a small change may be enough to cause a difference in the virus properties in some circumstances. UKHSA is monitoring this closely," the health agency in charge of assessing COVID variants noted.

As is routine for any new VUI, the UKHSA said it is carrying out laboratory and epidemiological investigations to better understand the properties of this variant.

"Viruses mutate often and at random, and it is not unexpected that new variants will continue to arise as the pandemic goes on, particularly while the case rate remains high," said Dr Jenny Harries, UKHSA Chief Executive.

"It is testament to the diligence and scientific expertise of my colleagues at UKHSA, and the genomic sequencing capacity developed through the pandemic, that this new variant has been identified and analysed so quickly. However, it should serve as objective evidence that this pandemic is not over," she said.

The public health expert reiterated advice for people to get vaccinated and, for eligible over-50s, to come forward for their top-up booster doses.

"Continue to exercise caution. Wear a mask in crowded spaces and, when meeting people indoors, open windows and doors to ventilate the room. If you have symptoms take a PCR test and isolate at home until you receive a negative result," added Dr Harries.

The UKHSA has been examining all available data relating to variants of SARS-CoV-2, which causes COVID-19, in the UK - where daily infection rates remain high.

On Friday, official data recorded 49,298 infections and 180 deaths from the coronavirus. The government has ruled out another national lockdown, calling on people to come forward for their third booster doses of COVID-19 vaccines, being offered to over-50s after a six-month gap from their second vaccine doses.

The National Health Service (NHS) said on Saturday that almost half a million people have booked in for their jabs in the last two days as it accelerates its booster vaccination drive.