India on Tuesday pressed for early resolution of the Covid-19 quarantine issue in the United Kingdom in the “mutual interest” of both countries after Britain refused to recognise people jabbed in India as “fully vaccinated". The UK travel advisory says people from India and a few other countries will be considered “unvaccinated" even after two doses of AstraZeneca’s Covishield and need to undergo self-isolation for 10 days.

Addressing a press conference in New Delhi, Foreign Secretary Harsh Vardhan Shringla said the UK government's decision to not recognise Covishield is discriminatory" and it is within the country's "right to take reciprocal measures," if the matter was not resolved

"The External Affairs Minister has raised the issue strongly with the new UK foreign secretary. I am told that certain assurances have been given that this issue will be resolved," Shringla added.

His comments came on the heels of Foreign Minister S Jaishankar tweeting that he had discussed the matter with the British Foreign Secretary Liz Truss on the sidelines of the high-level 76th session of the UN General Assembly.

Incidentally, Covishield was developed by researchers at the University of Oxford in UK in collaboration with pharma giant AstraZeneca. ‘‘The basic issue is that the original manufacturer of Covishield is in the UK. We have even provided 5 million vaccine doses to the UK at their request. This has been used by their health system,” said an MEA statement.

The expanded list of countries whose vaccines are recognised in the UK does not include India. It means Indians vaccinated with Covishield would be required to undergo compulsory polymerase chain reaction tests as well as self-isolation. The new rules will come into effect next month.

The US has, meanwhile, said it will open air travel for vaccinated Indians and other nationals from November. ‘‘Students have already been facilitated. Now we are looking at Indian professionals being given visas. These are positive steps,” said the MEA.

The United States will reopen in November to all air passengers who are fully vaccinated against coronavirus. India is among the 33 countries from where fully vaccinated travellers will be allowed to enter. But Covishield is the only India-made vaccine that is in the US list of approved vaccines. Made-in-India Covaxin, developed by Bharat Biotech, does not qualify as it has neither been approved by the WHO nor the US FDA. So far, only seven vaccines have been approved for use by the WHO. These include Moderna, Pfizer-BioNTech, Johnson & Johnson, Oxford-AstraZeneca, Covishield (an Oxford-AstraZeneca formulation) and China's Sinopharm and Sinovac. Come November, foreign nationals who are visiting US will need to present proof of vaccination before travel; they will not be required to quarantine on arrival. 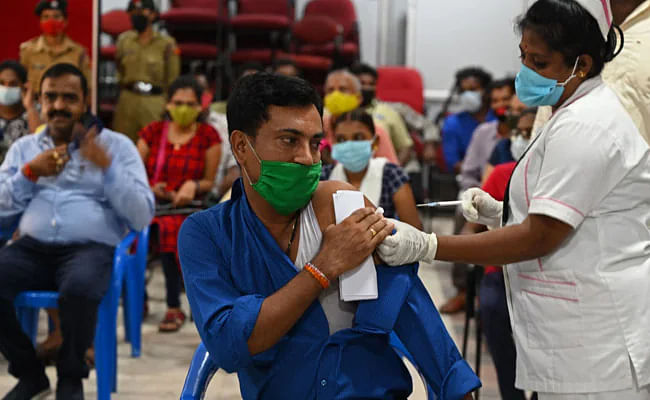