India has condemned the reported removal of Nishan Sahib, a Sikh religious flag from the rooftop of a gurdwara in Afghanistan's Paktia province, government sources said on Friday.

The Nishan Sahib was reportedly taken off from the roof of Gurdwara Thala Sahib in the Chamkani area of the Paktia province, according to media reports. Unattributed reports on social media showed visuals of the "holy place".

"We condemn this act and reiterate India's firm belief that Afghanistan's future must be one where the interest of all sections of Afghan society including minorities and women are protected," the government sources said.

Sources further said: "We have seen media reports on Nishan Sahib, a Sikh religious flag atop the roof of Gurdwara Thala Sahib, Chamkani in Paktia province of Afghanistan having been removed." Afghanistan has been witnessing Taliban-driven violence in light of the ongoing withdrawal of troops by the United States. India has vehemently expressed concern over the fragile situation in that country and advocated that peace in Afghanistan is critical to enduring peace in the region.

Over the last few weeks, the Taliban have captured several districts in Afghanistan including Takhar, the country's northeastern province.

Nationwide, the Taliban controls 223 districts, with 116 contested and the government holding 68, according to the Long War Journal, whose calculations tally with CNN's estimates. It says 17 of 34 provincial capitals are directly threatened by the Taliban. 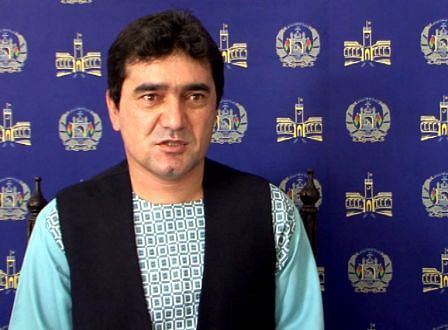