Rabbi Chaim Kanievsky, who died on Friday at the age of 94, was one of the most influential scholars in the religious community in Israel

Israeli Border Police patrol the Old City of Jerusalem as worshippers arrive for Friday prayers during the Muslim holy month of Ramadan, on Friday, April 23, 2021 | AP

Jerusalem: Israeli authorities were on Sunday preparing for hundreds of thousands of people to descend upon a city near Tel Aviv for the funeral of a prominent ultra-Orthodox rabbi.

Rabbi Chaim Kanievsky, who died on Friday at the age of 94, was one of the most influential scholars in the religious community in Israel.

One of the few remaining leaders of the ultra-Orthodox community in Israel born before the Holocaust, Kanievsky will be buried in Bnei Brak, the predominantly ultra-Orthodox city east of Tel Aviv where he lived.

Police said several highways in Israel's densely populated Tel Aviv area would be closed to traffic for several hours, and that other main thoroughfares were expected to be grid-locked.

It urged the public not to drive to the vicinity by car. The Communications Ministry said it was expecting cellular network outages around the funeral due to high volume, and advised people to only make essential calls.

The insular ultra-Orthodox community makes up about 12 per cent of Israel's 9.4 million people. They adhere to a stringent interpretation of Judaism, with a focus on Torah study and observance of tradition.

Prominent rabbis like Kanievsky play a significant role in community life and act as arbiters in all matters.

Funerals play a key role in traditional Jewish life, and those of important rabbis often draw thousands of mourners.

Although he held no official position, Kanievsky was considered a major luminary in the non-Hassidic ultra-Orthodox world. He came to public prominence at the start of the coronavirus pandemic when he instructed his followers that closing religious seminaries was more harmful than the virus.

He later walked back those claims as infections raged in his densely populated hometown of Bnei Brak.

Kanievsky's death was published on the front pages of nearly every newspaper in the country on Sunday, from liberal Haaretz to ultra-Orthodox dailies like Yated Neeman. Israeli Prime Minister Naftali Bennett and opposition leader Benjamin Netanyahu expressed their condolences. 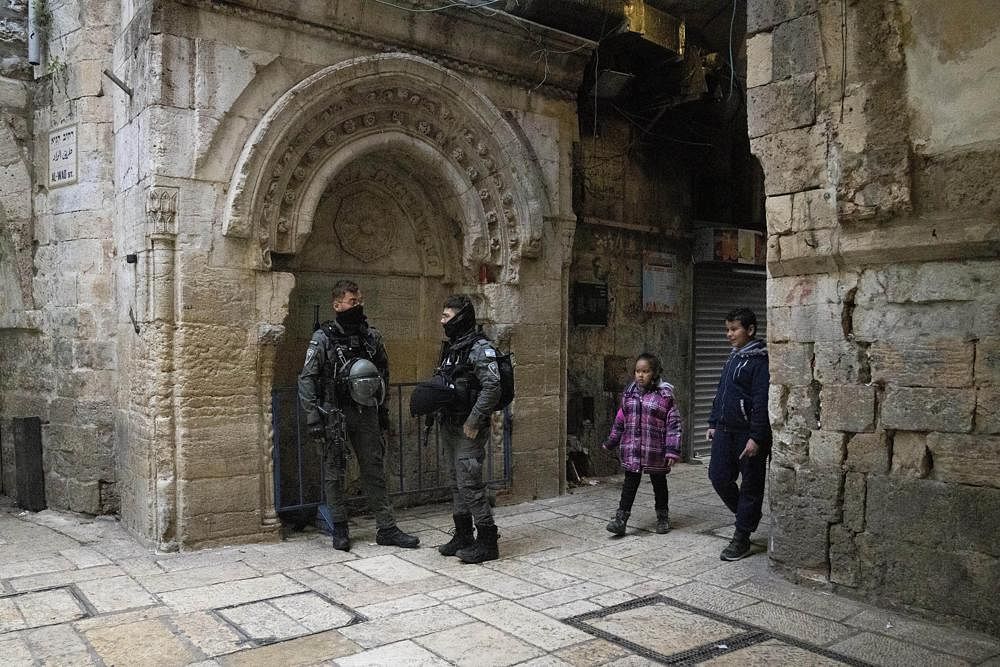