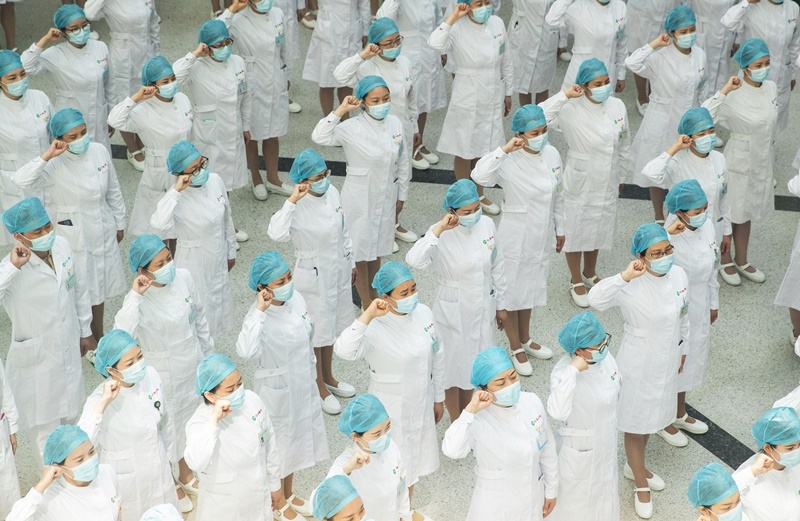 A tally compiled by Johns Hopkins University registered the grim milestone on Sunday, after India and Russia added thousands of new cases. The United States has confirmed more than 2.5 million infections, the most in the world. Globally, the Hopkins tally has reported nearly 500,000 deaths.

The news comes even as voters in Poland and France went to the polls for virus-delayed elections on Sunday. Elsewhere, Vice President Mike Pence called off campaign events in Florida and Arizona after surges in infections prompted worries that the US has lost control of its outbreak.

The infection surges prompted Pence to call off campaign events in Florida and Arizona, although he will still travel to those states and to Texas this week to meet with their Republican governors. Those three governors have come under criticism for aggressively reopening their economies after virus lockdowns despite increasing infections in their states.

While concern in the US has focused on big states like Texas, Arizona and Florida reporting thousands of new cases a day, rural states are also seeing infection surges, including in Kansas, where livestock outnumber people.

The US handling of the outbreak has drawn concern from abroad. The European Union seems almost certain to bar Americans from travelling to the bloc in the short term as it draws up new travel rules to be announced shortly. 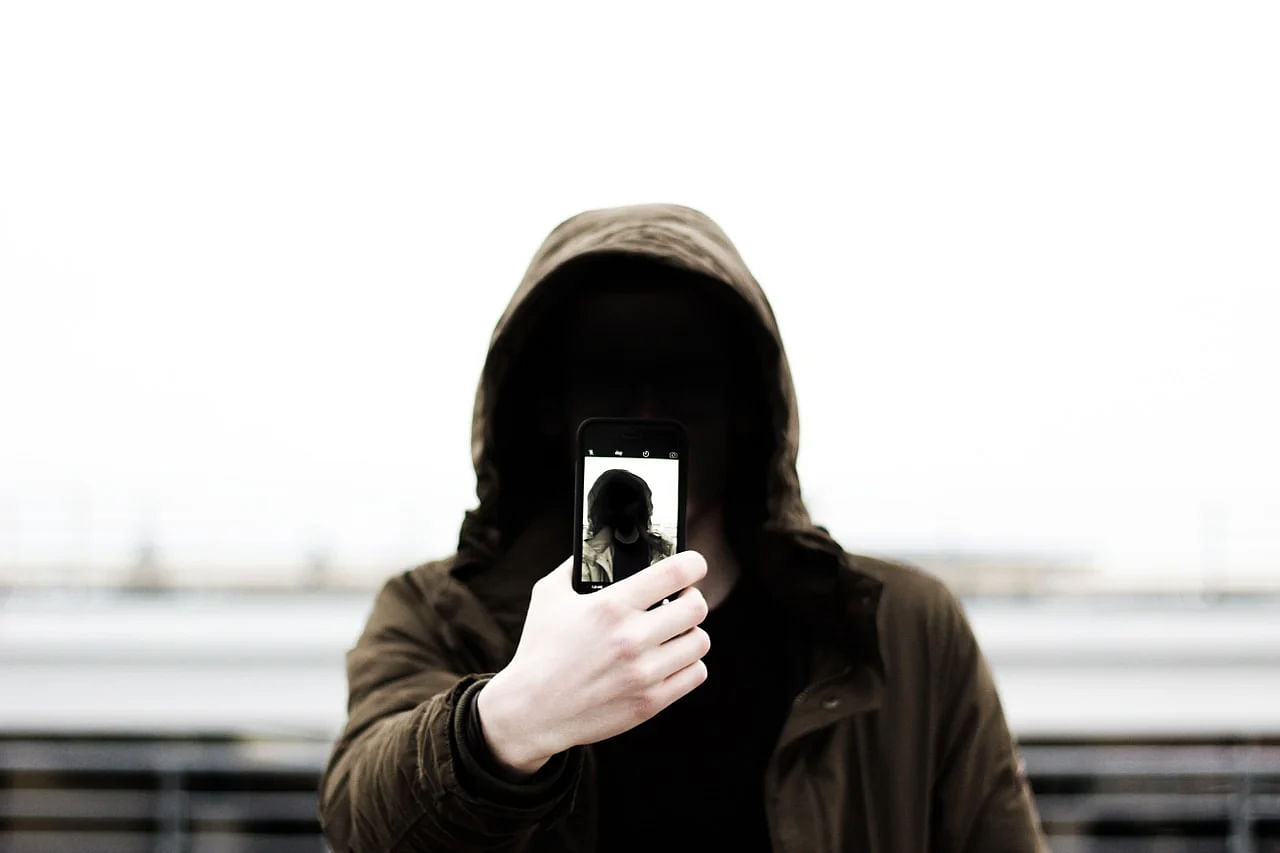 Did Google and Apple put a COVID-19 tracking app on your phone? Here is the truth

New clusters of cases at a Swiss nightclub and in the central English city of Leicester showed that the virus was still circulating widely in Europe, though not at the exponential rate of growth seen in parts of the US, Latin America and India.

Wearing mandatory masks, social distancing in lines and carrying their own pens to sign voting registers, French voters cast ballots in a second round of municipal elections. Poles also wore masks and used hand sanitiser, and some in virus-hit areas were told to mail in their ballots to avoid further contagion.

Experts say all those figures significantly undercount the true toll of the pandemic, due to limited testing and missed mild cases. US government experts last week estimated the US alone could have had 10 million cases.

Workplace infection worries increased after Tyson Foods announced that 371 employees at its chicken processing plant in the southwestern corner of Missouri have tested positive for COVID-19.

In the state of Washington, Governor Jay Inslee put a hold on plans to move counties to the fourth phase of his reopening plan as cases continue to increase. But in Hawaii, the city of Honolulu announced that campgrounds will reopen for the first time in three months with limited permits to ensure social distancing. 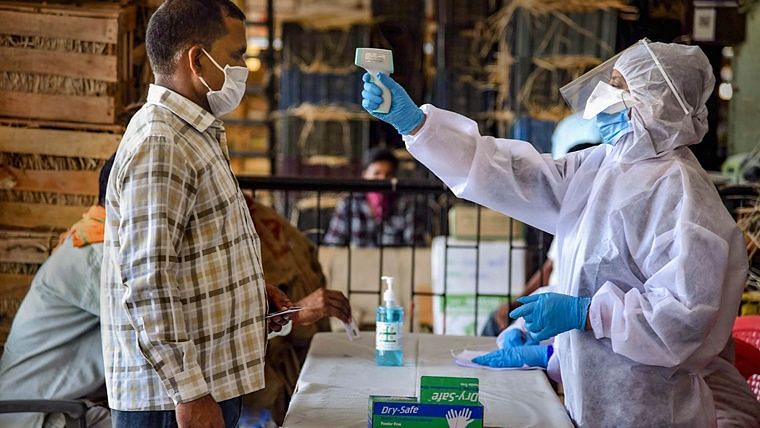 Britain's government, meanwhile, is considering whether a local lockdown is needed for the central English city of Leicester amid reports about a spike in COVID-19 among its Asian community. It would be Britain's first local lockdown.

Even as France and Poland voted, Italy was honouring its dead later Sunday with an evening Requiem concert in hard-hit Bergamo province. The ceremony in the onetime epicentre of the European outbreak came a day after Italy registered the lowest daily tally of COVID-19 deaths in nearly four months: eight.

European leaders were taking no chances in tamping down new clusters. German authorities renewed a lockdown in a western region of about 500,000 people after about 1,300 slaughterhouse workers tested positive. Swiss authorities ordered 300 people into quarantine after a "superspreader" outbreak of coronavirus at a Zurich nightclub.

The Brazilian government announced an agreement with Oxford University and pharmaceutical company AstraZeneca to produce a promising coronavirus vaccine that is undergoing tests. Latin America's most populous country counts more than 1 million confirmed infections and more than 55,900 fatalities, and cases are still rising.

In Asia, Indian Prime Minister Narendra Modi said his country must focus on bolstering the economy as it exits lockdown. On Sunday, India reported additional 19,906 confirmed cases, taking its total to nearly 529,000 with 16,095 deaths.

China reported 17 new cases, all but three of them from domestic transmission in Beijing. But authorities say a campaign to conduct tests on employees at hair and beauty salons across the city has found no positive cases so far.

While Hopkins reports only confirmed coronavirus cases, experts believe the true number of people who have been infected could be as much as 10 times that figure, given that so many people can't get tested or may have the virus without showing any symptoms. 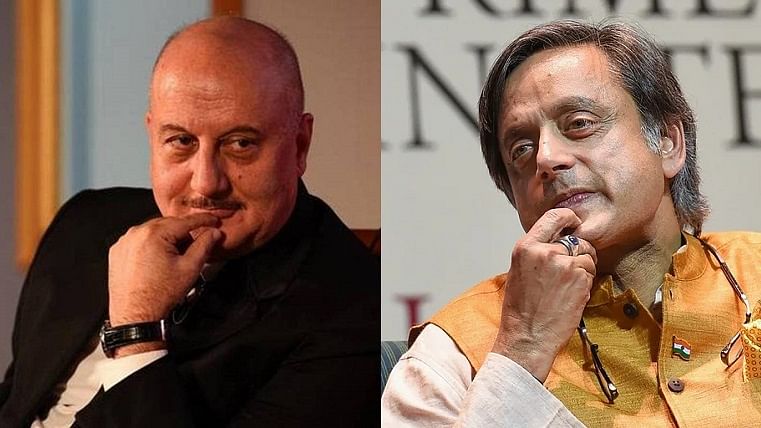