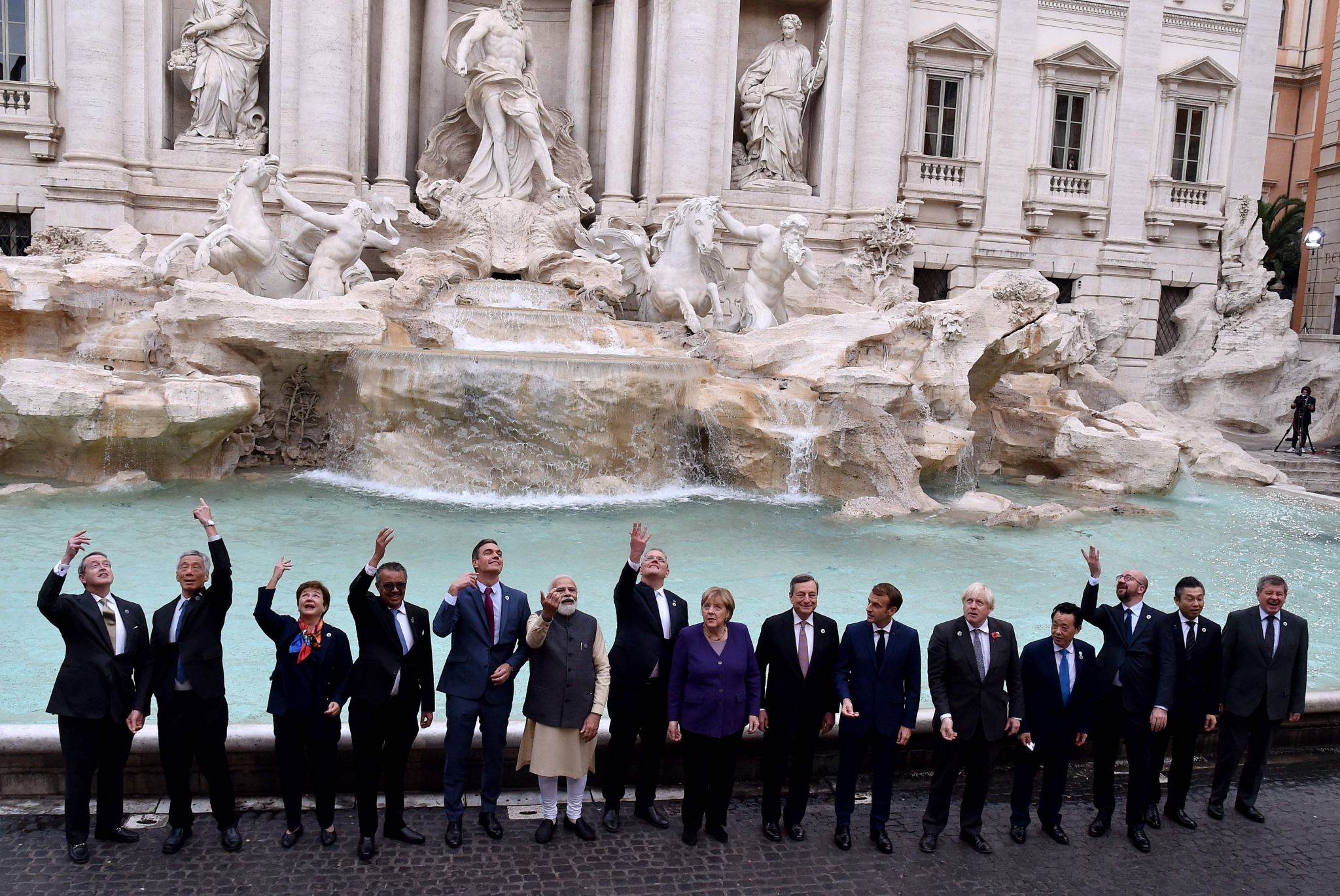 G20 leaders agreed Sunday on the need to keep global warming to 1.5 degrees Celsius but fell short of a hoped-for pledge on reaching net zero emissions, according to a draft communique seen by AFP.

The pledges by the Group of 20 major economies, who emit nearly 80 percent of carbon emissions, are viewed as crucial to the success of make-or-break UN climate talks taking place in Glasgow over the next fortnight.

According to the draft, which sources said would be the final one, the G20 reaffirm their support for the 2015 Paris Agreement goal of keeping "the global average temperature increase well below 2 degrees and to pursue efforts to limit it to 1.5 degrees above pre-industrial levels".

Three sources told AFP that diplomats had approved language for a final summit communique going beyond what was agreed six years ago, when the landmark climate deal called for capping global warming at well below 2 degrees, and ideally closer to 1.5 degrees.

Diplomats said the language used was tougher than in the Paris deal, but activist groups slammed the final statement as "weak" and half-hearted.

According to the statement, leaders of countries including the US, China, India, Russia, plus the EU, call for clear national plans that "align long-term ambition with short- and medium-term goals, and with international cooperation and support".

The declaration includes a commitment to "put an end to the provision of international public finance for new unabated coal power generation abroad by the end of 2021", a key pledge that mirrors what was already promised by China in September.

Opening the formal discussions on climate on the second and final day of the G20 Rome summit Sunday, Italian Prime Minister Mario Draghi urged counterparts to aim high. "The decisions we make today will have a direct impact on the success of the Glasgow summit and ultimately on our ability to tackle the climate crisis," he said.