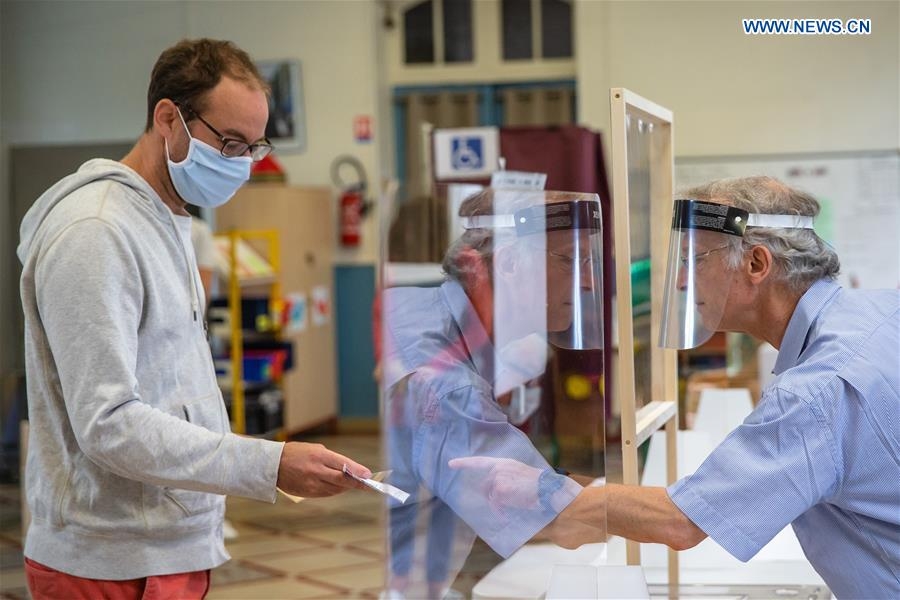 A man wearing a protective mask prepares to vote at a polling station during the second round of municipal elections in Paris, France, June 28, 2020 | Photo: Xinhua

PARIS: As COVID-19 epidemic indicators keep improving in France, some 16.5 million voters are called to cast ballots on Sunday in the second round of municipal elections under strict health protocol.

The second round of mayoral elections was originally planned for March 22, but the worsening coronavirus outbreaks and the anti-virus lockdown had forced the French government to postpone it.

Sunday's voting is taking place in 4,827 municipalities, as well as in the districts of Paris, Lyon and Marseille, where the councils were not elected in the first round.

For the voting, the French Interior Ministry recommended voters should keep a safe distance from each other, wear a mask at polling stations and bring their own pens to sign off their vote.

At a polling station in Paris' northern suburb of Parmain, staff workers are wearing face masks. Stickers on the ground mark out where people should stand while waiting for their turn, and hand gel is provided upon entry.

"I am going to carry out my civic duty. This time, the context is different owing to the epidemic but it does not prevent me from doing what must be done. Certainly, we should adapt to this situation but we keep on living," Mathilde, a 67-year-old pensioner, told Xinhua. 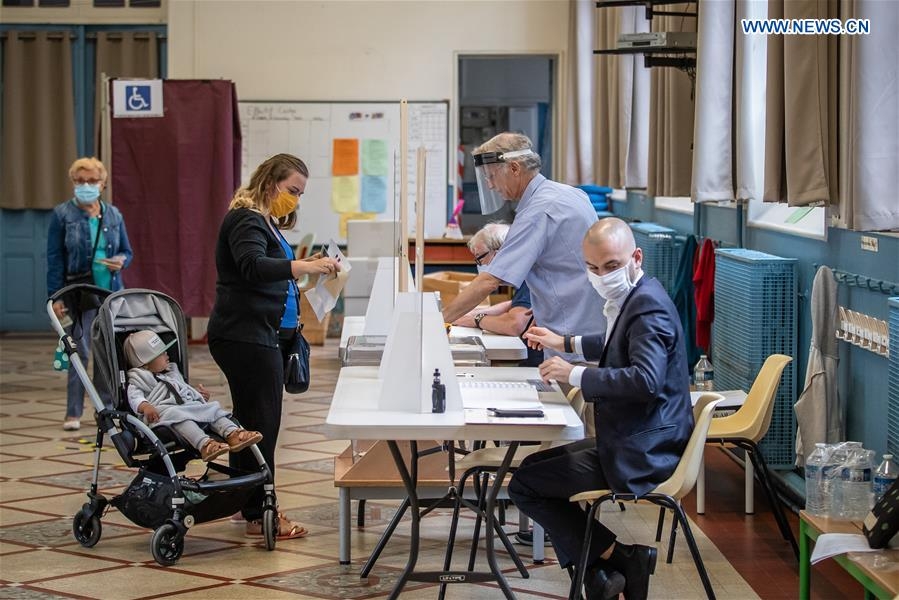 People wearing protective masks prepare to vote at a polling station during the second round of municipal elections in Paris, France, June 28, 2020. | Photo: Xinhua

Another voter, who gave her name as Nathalie, abstained in the first round due to concerns over the COVID-19 pandemic.

"In the second round, things are improving, and the situation is better even if the virus still circulates. But I'm not afraid. With my gloves, mask and pen, I think I can vote in security," she said.

Since early March, 29,778 people in France had succumbed to COVID-19, the disease caused by the novel coronavirus. As of Friday, 8,886 COVID-19 patients were still hospitalized, of whom 634 were in intensive care units.

Since May 11, France has eased restriction measures step by step after a months-long nationwide lockdown.

"The turnout is the main unknown of this election. It is difficult to know what will happen. The campaign, the longest in the 5th Republic (of France), had low intensity and struggled to gain momentum due to economic concerns and renewed health concerns," said Frederic Dabi, director of the IFOP opinion institute.

"What is certain is that we will not be at the same level of 2014," he added, estimating Sunday's turnout to be at 42 percent.

In the first round elections, only 44.3 percent of voters came to polling stations due to the risk of contamination, as against 63.5 percent in 2014.

Facing his first domestic mid-term vote challenge, President Emmanuel Macron had bet on his La Republique en Marche (LREM) party -- which he created in 2016 -- to win control of major cities to anchor power at local levels, and offset losses in the rural zone where his party faces criticism of "doing little" for the working class, local media reported.

"Efforts by LREM to build grassroots support have fallen short, with most of its candidates failing to make it past the first round of voting on March 15," said state-owned international news television network France 24.

The good news was that Prime Minister Edouard Philippe finished first in the port city of Le Havre, winning 43.6 percent of the vote and consolidating his chance to win the runoff.

"Philippe, whose popularity has soared over his handling of the COVID-19 crisis, also faces a close fight to regain his mayor's seat in the port of Le Havre. A loss by Philippe would almost certainly force Macron into a broad reshuffle of his cabinet," France 24 said.

Opinion polls projected that the ruling party's candidates would fail to re-conquer any big city, which would be a blow to Macron's plan to build a local power base he needs to extend his stay at the Elysee Palace for another five-year term. 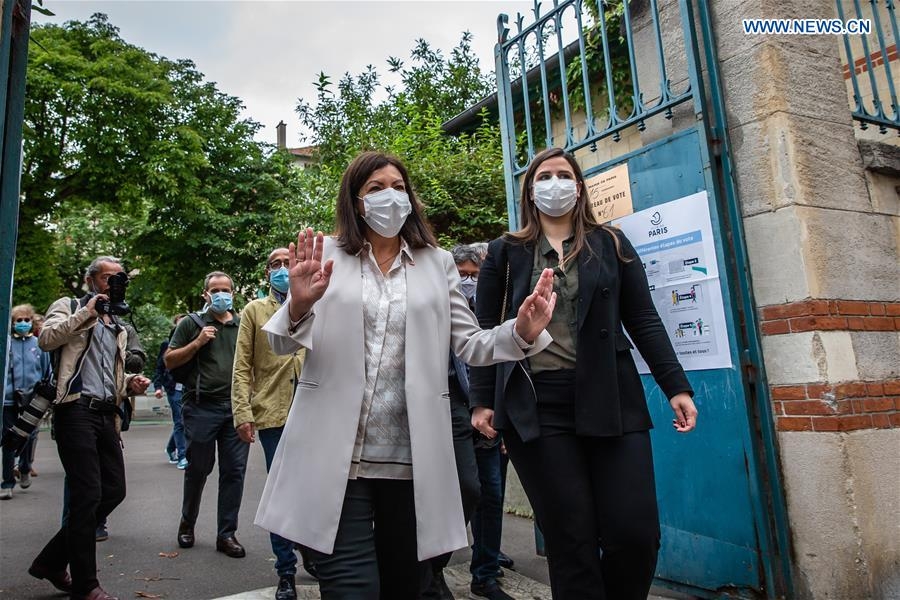 The incumbent Mayor of Paris Anne Hidalgo (L, front) leaves a polling station of the 15th district during the second round of municipal elections in Paris, France, June 28, 2020. | Photo: Xinhua

With 44 percent of vote intentions, the incumbent Socialist Mayor of Paris, Anne Hidalgo, had been viewed to be comfortably ahead of conservative rival Rachida Dati's 35 percent. Macron's official candidate and former health minister Agnes Buzyn was deemed to be in third place with 18 percent, a recent Elabe survey showed.

Candidates from the European Ecologists and the Greens (EELV) are expected to gain control of key cities, such as Lyon and Bordeaux, after a surge in the support they reported in the first round.