The regulator said Khan’s speeches were in violation of Article 19 of the Constitution and against the code of conduct for media.

Khan, while addressing a public gathering here on Saturday, threatened to file cases against top police officials, a woman magistrate, Election Commission of Pakistan and political opponents over the treatment meted out to his aide Shahbaz Gill, who was arrested last week on charges of sedition.

The Pakistan Electronic Media Regulatory Authority (PEMRA) in a communique issued on Saturday said that television channels despite repeated warnings had failed to implement a time-delay mechanism to stop the broadcast of material against “state institutions”.

“It has been observed that Mr Imran Khan, Chairman Pakistan Tehreek-e-Insaf, in his speeches/statements is continuously alleging state institutions by levelling baseless allegations and spreading hate speech through his provocative statements against state institutions and officers which is prejudicial to the maintenance of law and order and is likely to disturb public peace and tranquility,” it said.

The regulator said Khan’s speeches were in violation of Article 19 of the Constitution and against the code of conduct for media.

“The competent authority i.e. Chairman PEMRA in view of the above mentioned background and reasons, in exercise of delegated powers of the authority vested in Section 27(a) of the PEMRA Ordinance 2002 as amended by PEMRA (Amendment) Act 2007, hereby prohibits broadcast of live speech of Imran Khan on all satellite TV channels with immediate effect,” it added.

PEMRA, however, said Khan’s recorded speech would only be permitted to be aired after an effective delay mechanism to ensure monitoring and editorial control.

Saturday’s rally was organised by Khan’s Pakistan Tehreek-e-Insaf party to express solidarity with Gill and stage a protest against what Khan claimed was “blatant fascism” prevalent under the “imported regime” of prime minister Shehbaz Sharif.

During the rally, Khan didn’t spare Pakistan’s Army, calling it “neutrals”, and urged his supporters to stand with the nation rather than the “gang of thieves”, in a veiled reference to the coalition government.

He also lashed out at the judiciary, terming them as “biased”.

While the Pakistan Army has not responded to Khan’s barb, political parties such as Pakistan Muslim League-Nawaz, Pakistan Peoples Party, Jamiat Ulema-e-Islam Fazl and Mutahida Quami Movement Pakistan have asked the judiciary to take legal action against Khan and his aides for threatening a female judge and intimidating police officers.

Meanwhile, Khan has said that he will address a rally at Rawalpindi’s Liaquat Bagh ground later on Sunday.

Since he was ousted from power in April, Khan, the cricketer-turned politician has repeatedly claimed that the no-trust motion against him was the result of a “foreign conspiracy”.

Khan has also emphasised that his party would not deal with or accept the “imported government” headed by prime minister Sharif. 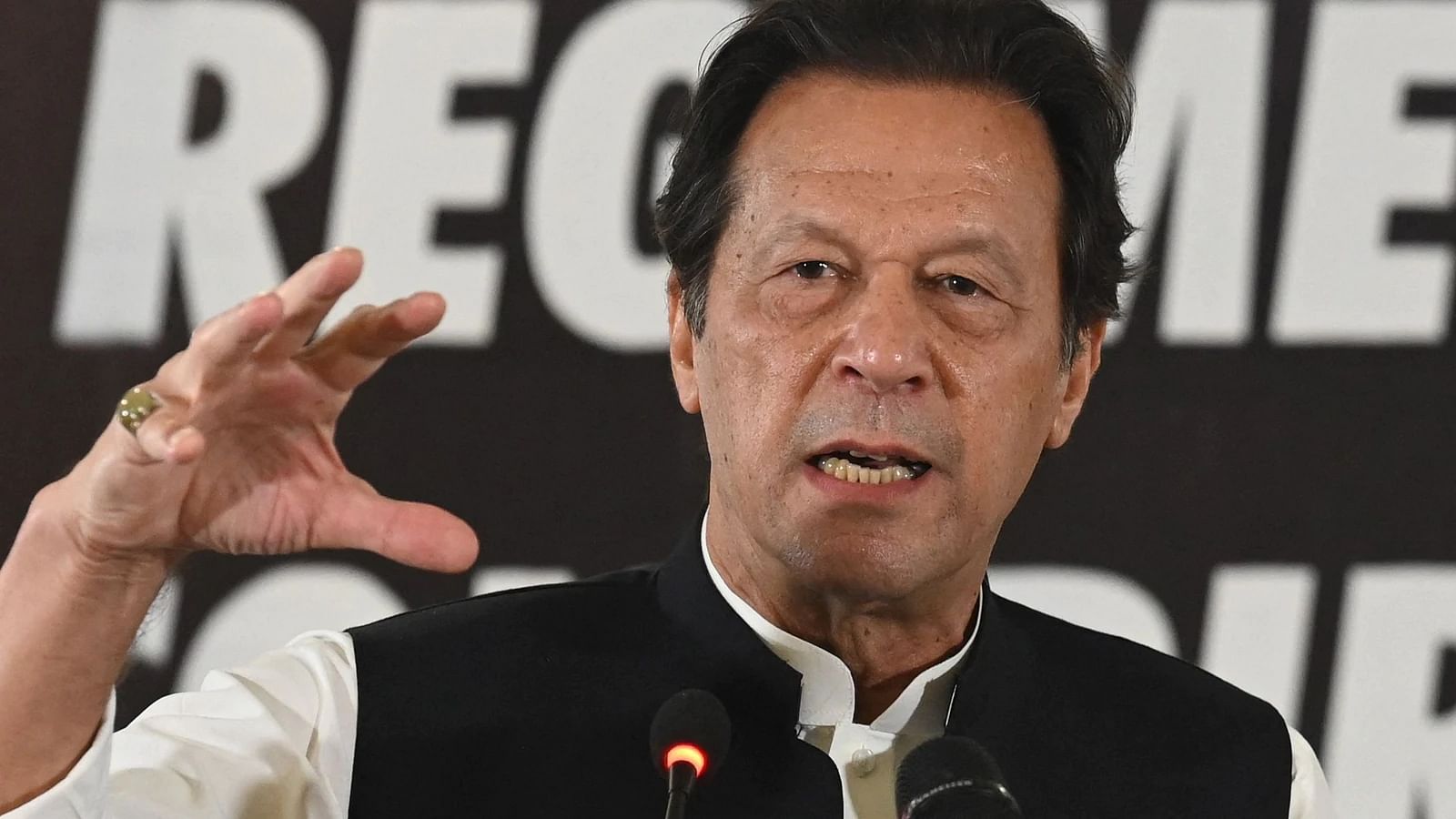