Five things you need to know about the Glasgow Climate Pact

From the standpoint of climate change activists, for curbing of emissions, these pointers are key to saving our planet
PTI 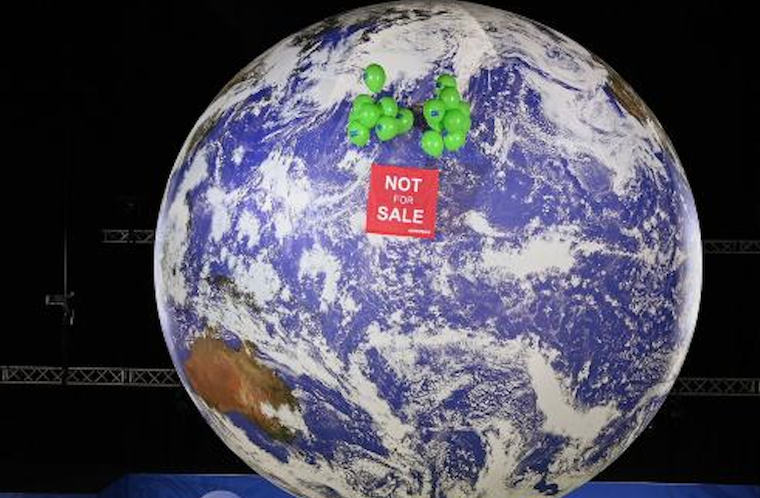 London: The COP26 UN climate talks in Glasgow have finished, and the gavel has come down on the Glasgow Climate Pact agreed by all 197 countries. If the 2015 Paris Agreement provided the framework for countries to tackle climate change, then Glasgow, six years on, was the first major test of this high-water mark of global diplomacy.

So what have we learnt from two weeks of leaders' statements, massive protests and side deals on coal, stopping fossil fuel finance and deforestation, plus the final signed Glasgow Climate Pact? From phasing out coal to carbon market loopholes, here is what you need to know:

1. Progress on cutting emissions, but nowhere near enough

The Glasgow Climate Pact is incremental progress and not the breakthrough moment needed to curb the worst impacts of climate change. The UK government, as host and therefore president of COP26 wanted to "keep 1.5°C alive", the stronger goal of the Paris Agreement. But at best, we can say the goal of limiting global warming to 1.5°C is on life support - it has a pulse, but it's nearly dead. The Paris Agreement says temperatures should be limited to "well below" 2°C above pre-industrial levels, and countries should "pursue efforts" to limit warming to 1.5°C. Before COP26, the world was on track for 2.7°C of warming, based on commitments by countries and expectations of the changes in technology. FPJ Edit: COP26 draft deal - with few concrete pledges on immediate action, all the speeches in...

Announcements at COP26, including new pledges to cut emissions this decade, by some key countries, have reduced this to a best estimate of 2.4°C. More countries also announced long-term net zero goals. One of the most important was India's pledge to reach net zero emissions by 2070. Critically, the country said it would get off to a quick start with a massive expansion of renewable energy in the next ten years so that it accounts for 50 per cent of its total usage, reducing its emissions in 2030 by 1 billion tonnes (from a current total of around 2.5 billion).

Fast-growing Nigeria also pledged net zero emissions by 2060. Countries accounting for 90 per cent of the world's GDP have now pledged to go net zero by the middle of this century. A world warming by 2.4°C is still clearly very far from 1.5°C. What remains is a near-term emissions gap, as global emissions look likely to flatline this decade rather than showing the sharp cuts necessary to be on the 1.5°C trajectory the pact calls for. There is a gulf between long-term net-zero goals and plans to deliver emissions cuts this decade.

2. The door is ajar for further cuts in the near future

The final text of the Glasgow Pact notes that the current national climate plans, nationally determined contributions (NDCs) in the jargon, are far from what is needed for 1.5°C. It also requests that countries come back next year with updated plans. Under the Paris Agreement, new climate plans are needed every five years, which is why Glasgow, five years after Paris (with a delay due to Covid-19), was such an important meeting. The Glasgow Climate Pact also states that the use of unabated coal should be phased down, as should subsidies for fossil fuels. The wording is weaker than the initial proposals, with the final text calling for only a "phase down" and not a "phase out" of coal, due to a last-second intervention by India and of "inefficient" subsidies. But this is the first time fossil fuels have been mentioned in a UN climate talks declaration. 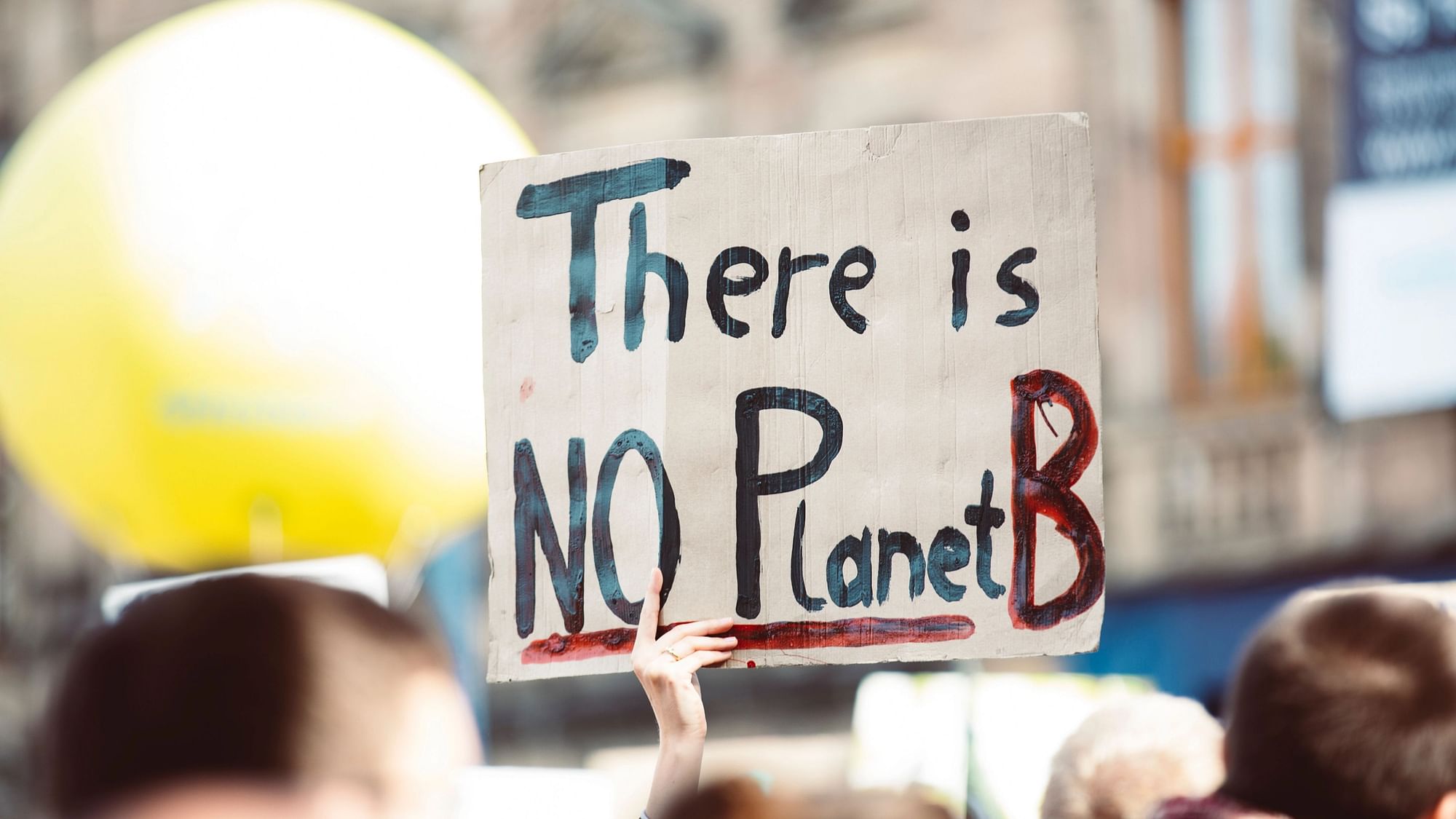 It also opens the door to requesting further NDC updates from 2022 onwards to help ratchet up ambition this decade. In the past, Saudi Arabia and others have stripped out this language. This is an important shift, finally acknowledging that the use of coal and other fossil fuels need to be rapidly reduced to tackle the climate emergency. The taboo of talking about the end of fossil fuels has been finally broken.

3. Rich countries continued to ignore their historical responsibility Developing countries have been calling for funding to pay for "loss and damage", such as the costs of the impacts of cyclones and sea-level rise. Small island states and climate-vulnerable countries say the historical emissions of the major polluters have caused these impacts, and therefore funding is needed. Developed countries, led by the US and EU, have resisted taking any liability for these losses and damages and vetoed creating a new "Glasgow Loss and Damage Facility", a way of supporting vulnerable nations, despite it being called for by most countries.

Carbon markets could throw a potential lifeline to the fossil fuel industry, allowing them to claim "carbon offsets" and carry on business as (nearly) usual. A tortuous series of negotiations over article 6 of the Paris Agreement on market and non-market approaches to trading carbon was finally agreed, six years on. The worst and biggest loopholes were closed, but there is still scope for countries and companies to game the system.

Outside the COP process, we will need much clearer and stricter rules for company carbon offsets. Otherwise, expect a series of exposé from non-governmental organisations and the media into carbon offsetting under this new regime, when new attempts will emerge to try and close these remaining loopholes. 5. Thank climate activists for the progress

It is clear that powerful countries are moving too slowly. They have made a political decision not to support a step-change in both greenhouse gas emissions and funding to help income-poor countries adapt to climate change and leapfrog the fossil fuel age.But they are being pushed hard by their populations and particularly climate campaigners. Indeed in Glasgow, we saw huge protests with both the youth Fridays for Future march and the Saturday Global Day of Action massively exceeding expected numbers. This means that the next steps of the campaigners and the climate movement matter. In the UK, this will be trying to stop the government from granting a licence to exploit the new Cambo oil field off the north coast of Scotland.

Expect more action on the financing of fossil fuel projects, as activists try to cut emissions by starving the industry of capital. Without these movements pushing countries and companies, including COP27 in Egypt, we won't curb climate change and protect our precious planet.

(Simon Lewis is a Professor of Global Change Science at University of Leeds and, UCL and Mark Maslin, Professor of Earth System Science, UCL)