The death toll due to the deadly disease across the world mounted to 3,123 and confirmed cases surpassed 91,783, official media here reported.
PTI 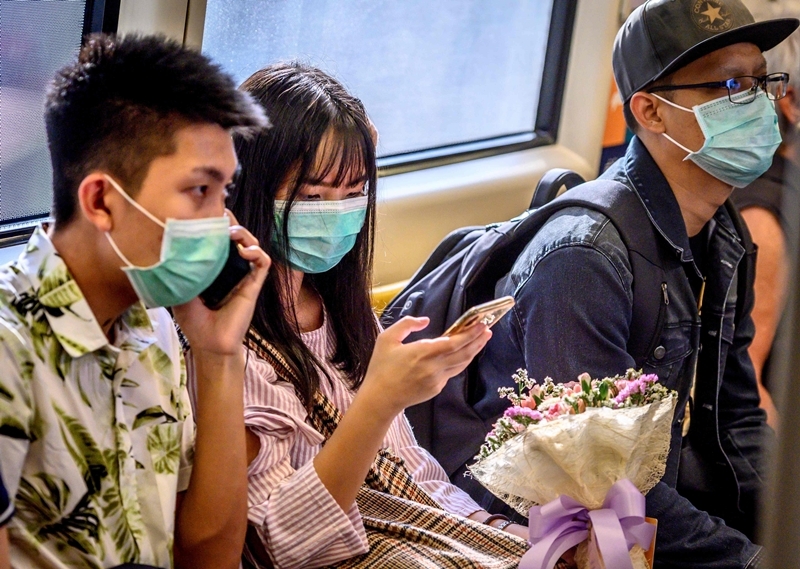 Beijing: The coronavirus infections showed signs of receding in China with 38 new fatalities, taking the total number of casualties to 2,981, Chinese health officials have said even as countries grappled to contain the fast-spreading deadly virus that has claimed over 3,100 lives globally.

By the end of Tuesday, 2,981 people died of the COVID-19 and a total of 80,270 confirmed cases of the virus were reported in China, National Health Commission (NHC) reported on Tuesday.

The death toll due to the deadly disease across the world mounted to 3,123 and confirmed cases surpassed 91,783, official media here reported.

NHC received reports of 119 new confirmed cases in China on Tuesday from 31 provincial-level regions and Xinjiang, including 115 from Hubei province and its capital Wuhan, the epicentre of the virus.

Outside Hubei, only four cases were reported on Tuesday, down from 890 on February 3, the NHC said, highlighting that the virus cases have been declining in the rest of the country.

Among the deaths, 37 were in Hubei and one in Inner Mongolia Autonomous Region, the NHC said.

Meanwhile, 143 new suspected cases were reported on Tuesday, it said, adding that all over the country 520 people were still suspected of being infected with the virus.

Also on Tuesday, the number of severe cases decreased by 390 to 6,416, while 2,652 people were discharged from hospital after recovery.

The overall confirmed cases on the mainland had reached 80,270 by the end of Tuesday, of which 2,981 died, 27,433 patients are still being treated and 49,856 patients discharged after recovery, it said.

Thirty-seven patients in Hong Kong, nine in Macao and 12 in Taiwan have been discharged from hospital after recovery, it said.

As the coronavirus outbreak has become a global menace causing massive disruptions in China and abroad, Chinese President Xi Jinping called for international cooperation in scientific research to develop a cure and vaccine to contain COVID-19.

Public health security is a common challenge faced by humanity, and all countries should join hands to cope with it, Xi said during an inspection to research institutes here on Monday, calling on countries to share research data and jointly work out response strategies, official media reported.

Noting that the COVID-19 outbreaks have emerged in many countries, Xi said it is important to step up communication and exchange with the World Health Organisation and carry out scientific research cooperation on source tracing, drugs, vaccines, testing and other fields with other countries, especially those hit hard by the virus.

Across the globe, countries witnessed a surge in new infection.

South Korea reported 5,328 infections with 142 new cases on Wednesday. Thirty two people have died of the disease in the country.

In India, six people are confirmed to be infected by coronavirus, including an Italian couple in Rajasthan.

The coronavirus deaths jumped to 79 in Italy on Tuesday with over 2,502 confirmed cases reported in the country.

Atleast 77 people have died due to the coronavirus outbreak in Iran with 2,336 confirmed cases.

The deadly virus has claimed seven people in the United States as the infections rose to over 100 in the country. Positive cases rose to 39 in the UK.

France on Tuesday announced that 21 new cases of COVID-19 have been identified, taking the total number of infections to 212, of which 12 were cured and four have died.