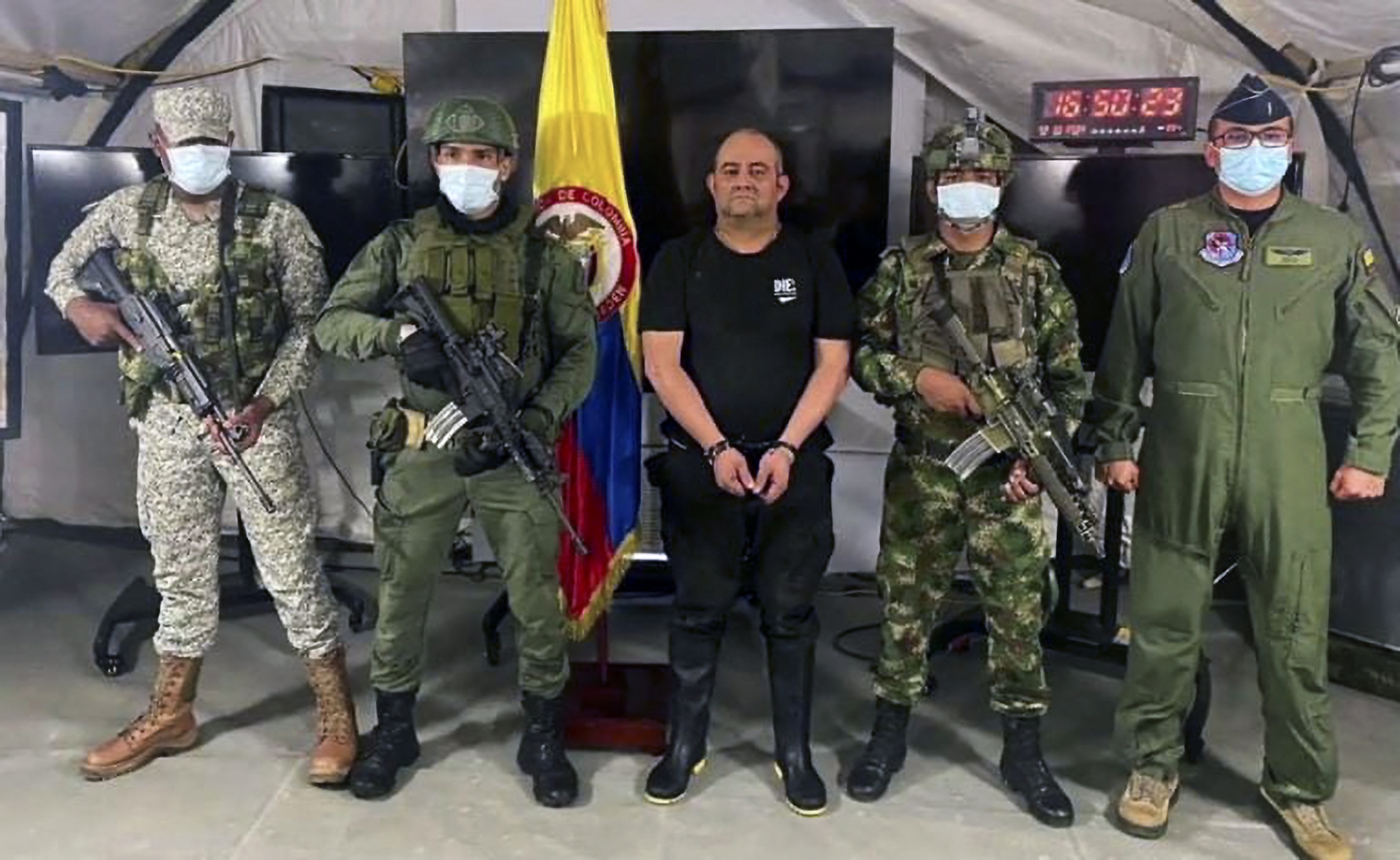 Presidential adviser Emilio Archila praised "the capture in Necocli of Dairo Antonio Usuga, alias 'Otoniel,' head of the Gulf Clan," in a message on Twitter. The gang is the most powerful among Colombia's drug traffickers.

The capture of the head of the Colombia's largest narcotrafficking a signals a major victory for the conservative government of President Ivan Duque, whose country is the world's top cocaine exporter.

The United States had offered a $5 million bounty for information leading to the arrest of Otoniel, who at age 50 is one of the most feared men in Colombia.

Otoniel took over the leadership of the Gulf Clan, previously known as the Usuga Clan, from his brother Juan de Dios, who was killed by police in 2012.

The gang is present in almost 300 municipalities in the country, according to the independent think tank Indepaz.

The capo was captured in Necocli, one of the Gulf Clan's main outposts, located near the border with Panama.

The organization has been decimated recently by authorities, with the inner circle reduced to hiding in the jungle without telephones, according to police.

Colombia is the world's top provider of cocaine, with the United States as its principal market, despite half a century of trying to clamp down on the drug trade.