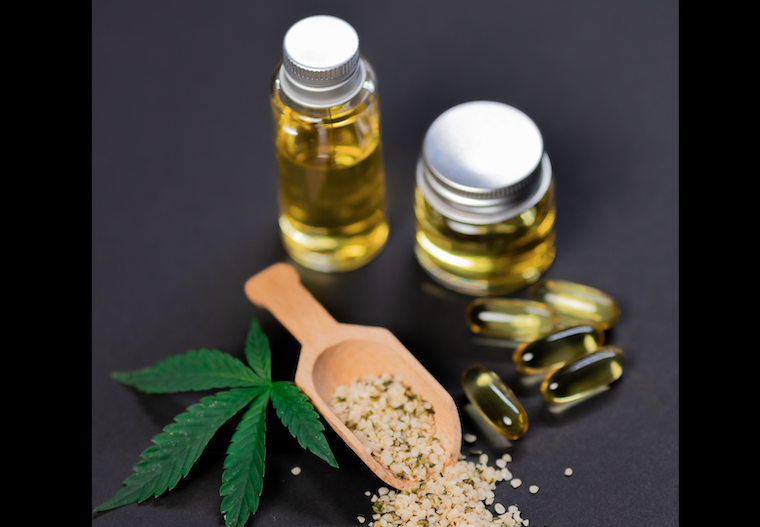 Tel Aviv: Colombian President Iván Duque has high hopes for the medical marijuana industry in a country that has been waging a costly war against a different drug, cocaine, for decades. But in an interview with The Associated Press during a visit to Israel, he said the promotion of cannabis for medical and other purposes is "a different story" than cocaine, which among other things, is terrible for the environment.

"To plant one hectare of coca in Colombia, two hectares of tropical jungle are destroyed," he said. The other thing is that to produce cocaine, you have a very high carbon footprint. You use a lot of gasoline, a lot of cement, and processing chemicals get dumped in the forest. There's also the murderous drug kingpins and the scattered remnants of the FARC rebel group who have fought on despite a landmark peace agreement reached five years ago.

But fresh from the UN climate summit, where Colombia pledged to be carbon-neutral by 2050, and the opening of a Colombian innovation centre in Jerusalem, Duque was keen to discuss how Colombia and Israel, self-styled "start-up nations", could collaborate to make the world a better place.

"Innovation is probably the solution to most of our problems. Even those created by innovation will still need to be solved by innovation," said Avi Hasson, the CEO of Start-Up Nation Central, which connects governments and international businesses to Israeli entrepreneurs, and which hosted Duque for a panel discussion on Tuesday. One opportunity is cannabis. In July, Colombia lifted an export ban on dried cannabis flowers. Duque said his country is looking to harness derivatives for everything from medical treatments and food production to cosmetics.

Colombia is also among the most dangerous countries in the world for environmental defenders. According to Global Witness, 65 were killed in 2020 alone, accounting for nearly a third of the global total of 227, a human rights group.

"We're seeing a lot of international investment coming to Colombia," said Duque, who will be replaced following a presidential election next year.Israel might be able to lend a hand. Medical marijuana was legalised years ago, and more than 100,000 Israelis - out of a population of over 9 million - are licensed users. Israel approved marijuana exports in 2019, becoming only the third country to do so.Israel boasts more than 110 cannabis tech companies, mostly in the health sector, that have attracted nearly $350 million in investment since 2015, according to Start-Up Nation Central.

Israel is also among the largest importers of medical cannabis flower.Duque says there's a difference between harnessing beneficial components from drugs and lifting prohibition completely."We're not using cannabis for recreational purposes. We're using it for medical purposes," he said. For Duque, who fashions himself a law-and-order conservative, standing up for cannabis in a country that has been the linchpin of the U.S.-led drug war for decades is more than a little out of character. He took office decrying how drugs "destroy" families and as president signed a decree banning possession of drugs in public spaces, challenging a ruling by the nation's top court that allows Colombians to carry small amounts of marijuana, cocaine and other drugs.

He's also committed to resuming aerial eradication of coca crops that are behind a record surge in cocaine production, although legal challenges and protests by farmers in remote areas have prevented him from realising that goal.In the years since the peace deal, newly disarmed rebels have abandoned the remote areas where they sheltered for decades under the jungle canopy.

Cattle ranchers, loggers, miners, subsistence farmers and criminal groups have moved into the void, according to a report earlier this month from the International Crisis Group. Colombia lost 747,000 hectares (2,885 square miles) of forest during the four years that followed the 2016 peace deal - an area about 10 times the size of New York City, according to the National Institute for Environmental Studies.

That compares to approximately 562,000 hectares (2,170 square miles) of forest loss in the four years leading up to 2016, when many parts of the country where the FARC was active were off limits. Colombia is also among the most dangerous countries in the world for environmental defenders. Some 65 were killed in 2020 alone, accounting for nearly a third of the global total of 227, according to Global Witness, a human rights group.

Duque defended his record on the environment, noting that he created the country's first national anti-deforestation council, supported a bill increasing sanctions for environmental crime and has committed to zero deforestation by 2030.At the U.N. climate change summit in Glasgow, he promised to turn 30% of the country's land into protected areas by the end of his administration.

National parks and government-run reserves currently make up around 15% of the country's territory.He blamed the attacks on environmental defenders on the cartels, including the one led by Dairo Antonio Úsuga, a drug lord known as Otoniel whom Duque has likened to Pablo Escobar. "One of the most dangerous criminals in the world, and especially in Colombia, who had ordered the killing of environmental leaders, was Otoniel, the kingpin we captured two weeks ago," he said.