"I communicate to everyone that today I tested positive for Covid-19. I will be quarantined following all health safety protocols. Meanwhile, the @minsaude will remain firm in its actions to fight the pandemic in Brazil. let's win this," the minister said in a tweet. Following the news, Brazil decided to abort its participation in the UN general assembly.

Bolsonaro has time and again defended his stance on being unvaccinated and that getting jabbed is a personal medical choice.

According to The Guardian, the health minister Queiroga, who was reportedly staying at the same hotel as the US president, Joe Biden, was at the UN headquarters for the opening session of its general assembly. He reportedly took part in meetings with the UN secretary-general, António Guterres, and Poland’s president, Andrzej Duda.

With this, Brazil's agriculture minister Tereza Cristina and President Bolsonaro's son has also tested positive for the coronavirus.

Following the cancellation of the trip, the Brazilian president has been isolating in Brasilia since Wednesday and said that he knew two vaccinated people in Brasilia who had contracted the virus recently, without naming them. 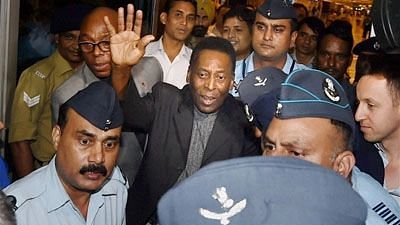