Armenian officials reported one casualty and said 13 of their troops were captured during Tuesday's hostilities, while 24 more have gone missing.
Associated Press 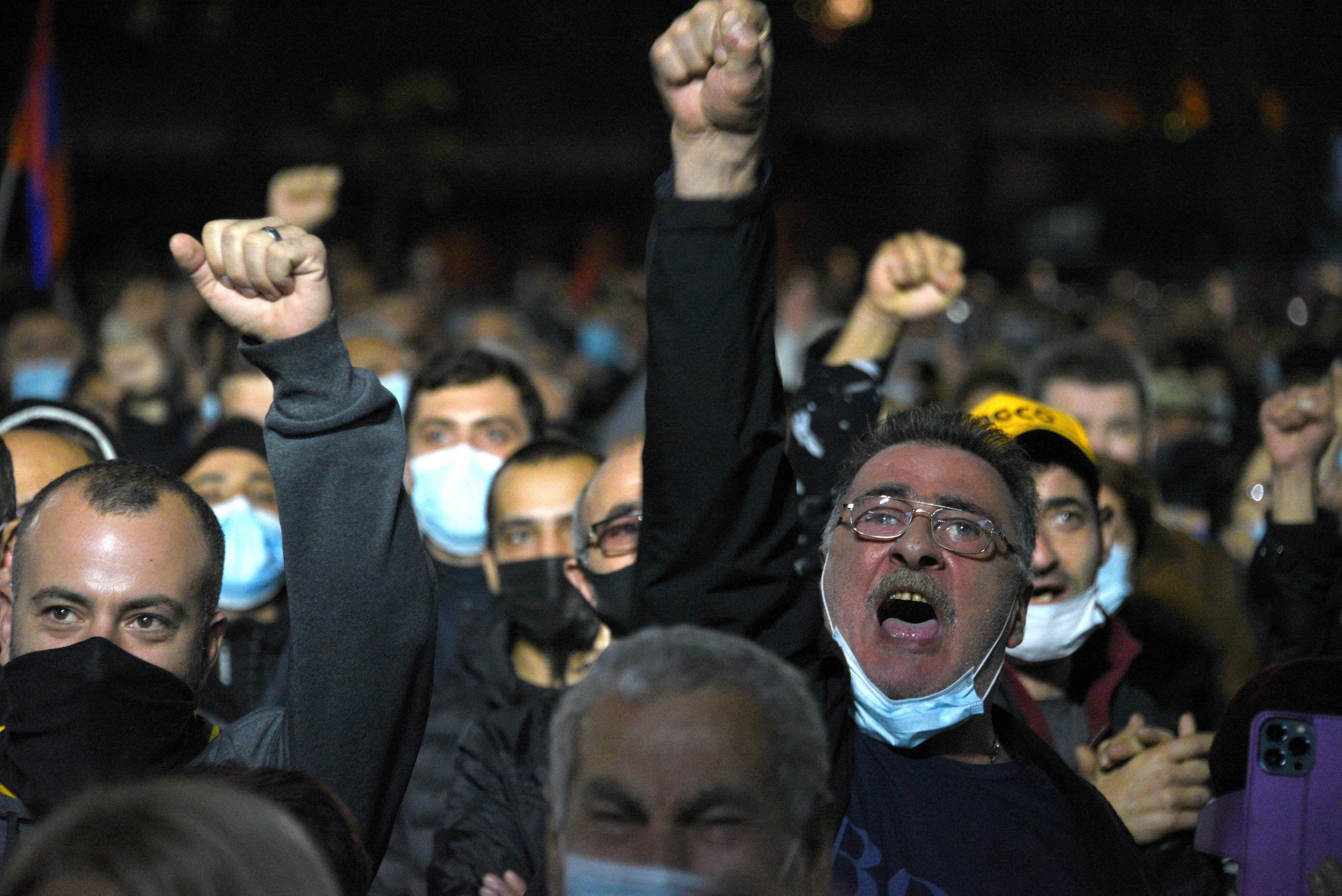 Seven Azerbaijani service members were killed and 10 others wounded in clashes with Armenia on the border between the two ex-Soviet nations, Azerbaijan's Defence Ministry said Wednesday.

Armenian officials reported one casualty and said 13 of their troops were captured during Tuesday's hostilities, while 24 more have gone missing.

The clashes appear to be the worst outbreak of hostilities between the two countries since a six-week war last year over the separatist region of Nagorno-Karabakh that killed some 6,600 people.

The Armenian Defence Ministry accused Azerbaijan's military of opening fire on Armenian positions. The Azerbaijani government, meanwhile, accused Armenia of a "large-scale provocation" on the border.

The fighting ceased on Tuesday evening after Russian Defence Minister Sergei Shoigu spoke on the phone with his Armenian and Azerbaijani counterparts and urged them to stop. Armenian Prime Minister Nikol Pashinyan also spoke with Russian President Vladimir Putin about the situation at the border.

Armenia and Azerbaijan have been locked in a decades-old dispute over Nagorno-Karabakh, a region that lies within Azerbaijan but was under the control of ethnic Armenian forces backed by Armenia since a separatist war there ended in 1994.

Moscow brokered a peace deal last November to end six weeks of fighting over the territory. The Russia-brokered truce allowed Azerbaijan to reclaim control over large parts of Nagorno-Karabakh and surrounding areas that the Armenia-backed separatists controlled.

Tensions on Armenia-Azerbaijan border have been building since May, when Armenia protested what it described as an incursion by Azerbaijani troops into its territory. Azerbaijan has insisted that its soldiers were deployed to what it considers its territory in areas where the border has yet to be demarcated. Clashes have been reported ever since.

Pashinyan accused Azerbaijani forces Monday of another incursion, and reports of fighting, with the use of artillery, followed Tuesday from both countries.