At least 80 people killed in US tornadoes; death toll may reach 100

A boat sits at rest after being sucked out of a marine dealership by a tornado in Mayfield, Kentucky, on December 11, 2021. | (Photo by John Amis / AFP)

Dozens of devastating tornadoes roared through five US states overnight, leaving more than 80 people dead Saturday in what President Joe Biden said was "one of the largest" storm outbreaks in history.

More than 70 people are believed to have been killed in Kentucky alone, many of them workers at a candle factory, while at least six died in an Amazon warehouse in Illinois where they were on the night shift processing orders ahead of Christmas.

Death toll may increase to 100 after at least 30 tornadoes swept through the six US states of Arkansas, Mississippi, Illinois, Kentucky, Tennessee and Missouri, according to authorities.

A candle factory in Kentucky has been completely destroyed, Xinhua news agency quoted the local media as saying on Saturday.

"There were about 110 people in it (candle factory) at the time that the tornado hit it," Kentucky Governor Andy Beshear said.

"We believe our death toll from this event will exceed 50 Kentuckians and probably end up 70 to 100."

Beshear has declared a state of emergency in the area.

Tornadoes also hit a nursing home in Arkansas and took off the roof of an Amazon warehouse in Illinois, causing certain fatalities.

Another nursing home and a fire station in Trumann of Tennessee also caused substantial damage.

It was the worst tornado that touched down in Arkansas and stayed on the ground for about 223 miles into Kentucky, and most likely the longest reported tornado in history, local media reported.

According to PowerOutage.US, at least 331,549 utility customers in four states were left without electricity. 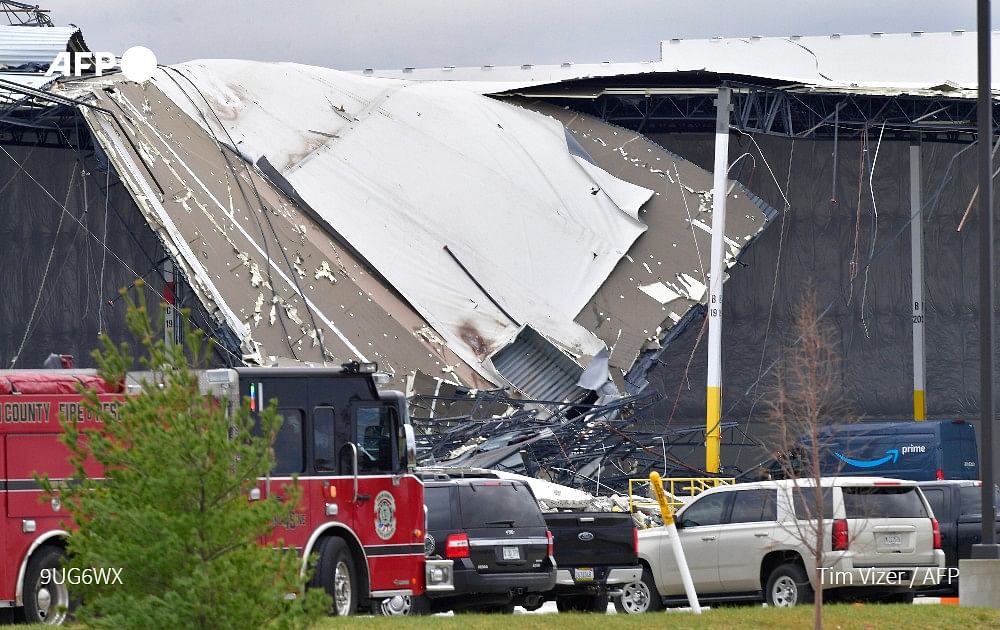