Spain is one of the largest gateways for migrants departing from North Africa and seeking a better life in Europe.
FPJ Web Desk 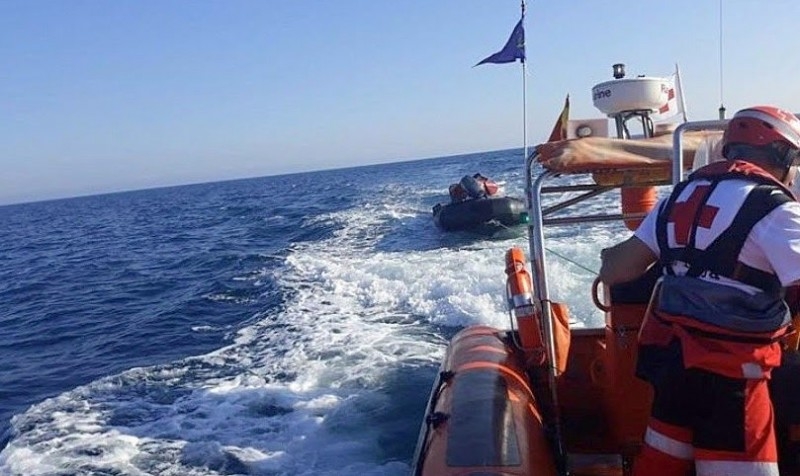 At least 25 people, all migrants went missing after the boat sank on the coast of southern Spain. The boat was carrying 28 people and was said to have gone missing from Thursday night. While four dead bodies have been found and recovered, the 21 bodies, presumed dead, are still missing, the coast guard said.

Rescuers saved three people from the sinking boat, and appealed for other vessels to look out for the missing migrants, she added.

While one body was recovered from the boat, the other three bodies were found floating near the coast. The rescuers pulled two men off the boat and saved one drowning woman, both later were taken to the hospital and saved.

The vessel was first spotted around 70 kilometers (40 miles) west of Spain's Cape Trafalgar by a passing merchant ship which sounded the alarm. A helicopter was dispatched in the search for the missing migrants, which began on Thursday night.

Spain is one of the largest gateways for migrants departing from North Africa and seeking a better life in Europe.

More than 27,000 migrants have arrived by sea in continental Spain and the Balearic and Canary Islands between January and the end of September, a 54 percent increase over the same time in 2020, according to the interior ministry figures.

The International Organization for Migration says at least 1,025 migrants have died trying to reach Spain in 2021, making it the "deadliest year" on the migratory route.

According to Caminando Fronteras, a Spanish NGO that monitors SOS calls from migrants at sea, more than 2,000 people have died or gone missing trying to reach the Canaries in 2021. US to allow fully vaccinated travelers from November 8: White House