After the rapid political change in Afghanistan, several people lost their jobs including journalists as numerous media houses were closed.
ANI 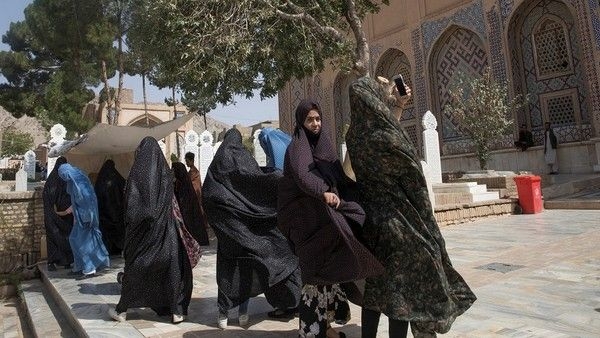 Kabul: Since the Taliban took control of Afghanistan in mid-August, the country has been plunged into economic crisis, forcing people to take up odd jobs to support their families.

After the rapid political change in Afghanistan, several people lost their jobs including journalists as numerous media houses were closed. Farzana Ayoubi, a woman journalist, became a street vendor because of financial problems in order to support her three-member family.

"With the closure of some media organizations, journalists became jobless and I was forced to work as a vendor as they don't allow us (women) to work," Tolo News quoted Ayoubi as saying.

She called on the international community and media watchdogs to pay attention to the problems of the media family in Afghanistan.

"The international community and the media watchdogs should consider our situation," Tolo Quoted Ayoubi as saying.

Ayoubi, 27, has worked at several media organisations in Afghanistan.

Meanwhile, officials of the media watchdog organisations said that they have been trying to resolve the problems of Afghan journalists.

"I call on the international organizations and countries supporting the media to pay serious attention to the media in Afghanistan," Tolo News quoted Hujatullah Mujadid, a member of the Afghan Journalists' Federation as saying.

"When the political changes came to Afghanistan, the media family was severely damaged. The journalists unfortunately engaged in hazardous work, and working as vendors on the streets, " said Masrror Lutfi, head of Afghanistan's National Journalists' Union.

This comes as the UN and other humanitarian organizations expressed concerns over the severe economical crisis ahead of a cold winter in Afghanistan.