22 dead, over 300 injured in Pakistan earthquake 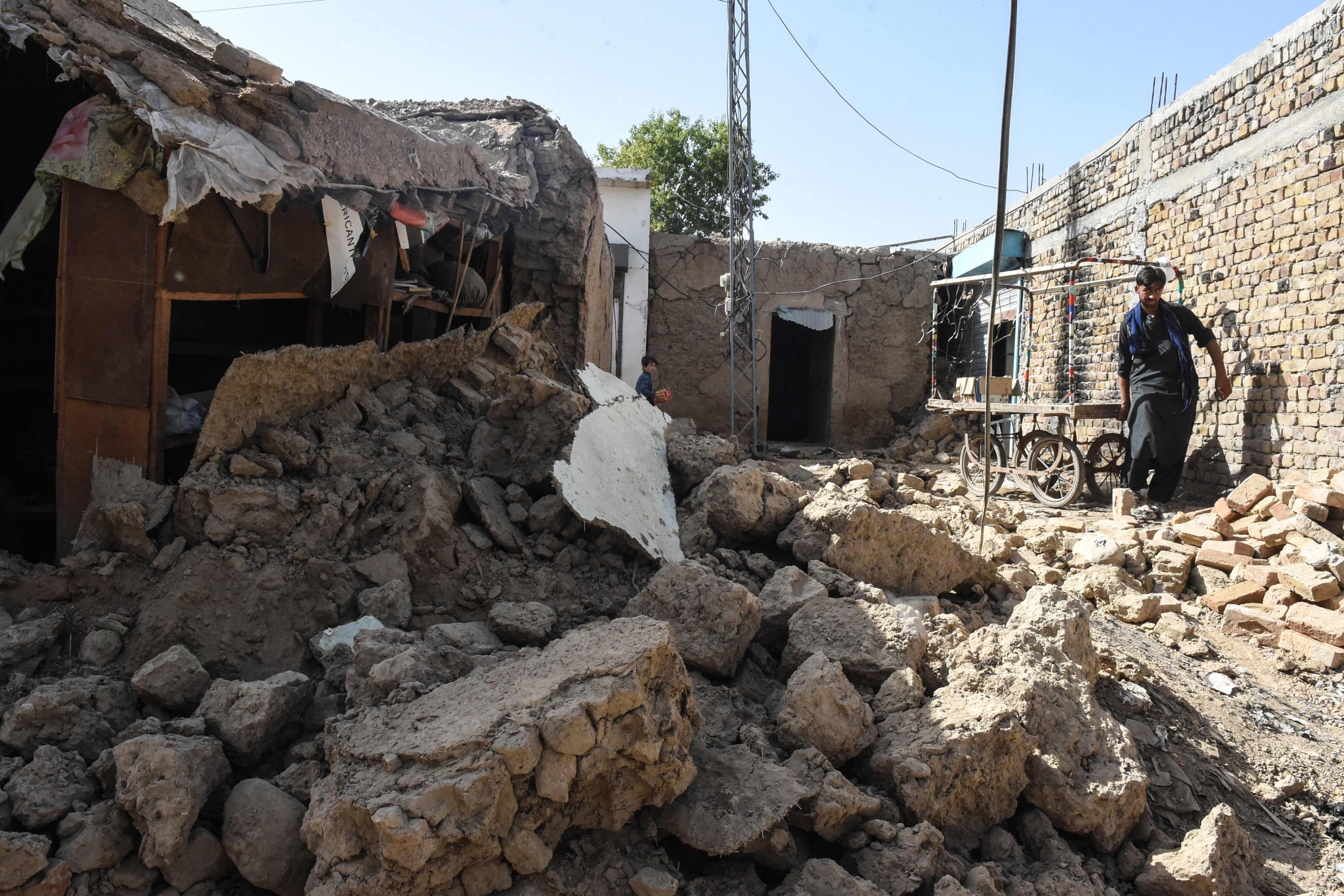 A powerful 5.9-magnitude earthquake jolted a mountainous part of Pakistan's Balochistan province early on Thursday, resulting in the collapse of a coal mine and several mud houses that left at least 22 people dead and over 300 others injured, officials said.

The National Seismic Monitoring Centre in Islamabad said that the epicentre of the earthquake was near Harnai, which has a large number of coal mines, at a depth of around 15 kilometres.

The quake affected Quetta, Sibi, Harnai, Pishin, Qila Saifullah, Chaman, Ziarat and Zhob in Balochistan. Most of the deaths and injuries were reported from the remote north-eastern district of Harnai where at least 13 people have died, according to officials.

At least four people were killed when a coal mine in which they were working collapsed, Suhail Anwar Shaheen, the local deputy commissioner, was quoted as saying by the Associated Press. Disaster management officials said the death toll may increase.

The US Geological Survey said it was a 5.9 magnitude quake that struck at a shallow depth. Shallow quakes can cause more damage.

Balochistan Home Minister Zia Ullah Langau confirmed that the death toll in the earthquake has reached 22.

He said five to six districts were affected on a "major scale" and data was still being collected.

The Provincial Disaster Management Authority (PDMA) said many of the dead were women and children.

Images on social media showed people in the city of Quetta out on the streets in the aftermath of the quake, Dawn newspaper reported.

Aftershocks are still being felt in different areas. The earliest tremors were felt at 3:20 am after which panicked citizens rushed out of their houses reciting verses from the holy Quran. Relief and rescue activities are underway, with an emergency declared in all hospitals.

According to Hashmi, several people have been rushed to the hospital in critical condition. He said that several buildings in Harnai have been damaged. Many people were left buried under the rubble.

More than 100 mud houses have also collapsed, leaving hundreds of people homeless. The power supply to the area has been suspended, he said.

"Blood, ambulances, emergency assistance, [helicopters] and rest all things are placed ... All departments are working on it," he tweeted.

Prime Minister Imran Khan has directed all federal departments to fully assist the provincial government in relief and rescue operations.

In a statement, Khan said the federal government will extend all possible assistance to the Balochistan government in this difficult hour.

He also expressed deep grief and sorrow over the loss of precious lives in the earthquake. He directed to provide best medical treatment to those injured.

Interior Minister Sheikh Rashid Ahmad has said the civil armed forces are cooperating with the local administration in extending help to the quake victims of Balochistan.

President Dr Arif Alvi has expressed grief and sorrow over the loss of lives in the earthquake.

The Army said in a statement that the troops reached earthquake-hit areas of Harnai for rescue and relief efforts.

Pakistan straddles between the Indian and the Eurasian tectonic plates and is located on the Indus-Tsangpo Suture Zone, which is roughly 200 km north of the Himalaya Front, which makes this region highly susceptible to earthquakes.

The region has the highest rates of seismicity and largest earthquakes in the Himalayan region, caused mainly by movement on thrust faults. The country has suffered several earthquakes in recent years.

This is not the first time that a major earthquake has hit the Balochistan province which is mostly made up of open and mountainous space and land with many people living in far-flung remote areas.

In September 2013 a massive earthquake hit parts of the province but its epicentre was in Awaran district and it killed around 825 people and left thousands injured also flattening thousands of houses in the southwestern province.

One of the worst earthquakes to hit the country in recent years was on October 8, 2005, which killed over 74,000 people.