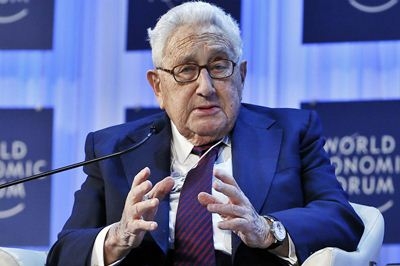 A day after Dhaka was liberated on December 16, 1971, the then President of the US, Richard Nixon, was told by his strategic advisor Henry Kissinger that he had "saved West Pakistan," according to confidential papers since declassified by the US department of state.

The journey to this ironic compliment in the midst of a defeat for US diplomacy came eight and half months after leaders of the world's most powerful nation said in a secret meeting that they believed their protégé General Yahya Khan would be able to subdue the rebellion in East Pakistan with naked military might.

"Congratulations Mr President. You saved West Pakistan," said Kissinger over the phone to his boss Nixon, about 16 hours after Gen AAK Niazi signed the surrender of East Pakistan and about the time Indian Prime Minister Indira Gandhi declared the unilateral ceasefire on the Western front on December 17.

Explaining the strange conversation, Ambassador Pinak R Chakravarty, former High Commissioner to Bangladesh, who is currently writing a book on the 1971 liberation of Bangladesh, said Kissinger was playing a "dubious role". "Their (US administration's) main objective was to befriend China using the Pakistanis as middlemen during the conflict months. His comments should be read as both an attempt to take credit with the Pakistanis in the face of a hopeless situation and a bid to please a difficult boss," Chakravarty told PTI on Thursday

However, the fact remains that this was one war of liberation which the Americans probably misread from the very beginning.

About eight-and-a-half months before, on March 29, 1971, Kissinger was telling Nixon in a similar telephone conversation that Pakistan would be able to contain the rebellion in its eastern wing and his President cited the example of British invasion of India to justify that belief.

The US National Security Advisor told Nixon in a phone call soon after the Pakistan military regime cracked down in East Pakistan on March 26, 1971: "Apparently Yahya has got control of East Pakistan. All the experts were saying that 30,000 people (Pakistan Army at that time in the East) can't get control of 75 million (Bangladesh's population)... as of this moment it seems to be quiet."

President Nixon responded that this ability of a small force to control large populations was normal and pointed out: "Look what the Spanish did when they came in and took the Incas. Look what the British did when they took India." "The Americans misread the situation completely. They failed to understand people's wish to be free and the fast pace with which the course of history changed," said Ambassador Tariq Karim, former High Commissioner of Bangladesh to New Delhi and one of the first East Pakistani diplomats to declare loyalty to the Bangladesh Government in exile.

On December 8, as Pakistani defences in East Pakistan were falling before the onslaught of the joint command of the Indian Army and Bangladeshi Mukti Bahini, Nixon and Kissinger were busy plotting ways to change the ride of the war or to arrest it.

Kissinger in a meeting with Nixon and Attorney General Newton Mitchell, now declassified, said he had "got a message to you from the Shah (of Iran), in which he says he can send ammunition (to a beleaguered Pakistan) - he is doing it now." The brilliant diplomat also revealed that Iran will send fighter planes to protect Jordan from Israel, while Jordan will send jets to Pakistan for the war effort against India. The US NSA also expressed fear that India would attack West Pakistan in a major way after winning the war in the east.

"The Indian plan is now clear. They're going to move their forces from East Pakistan to the west. They will then smash the Pakistan land and air forces, annex the part of Kashmir that is in Pakistan and then call it off," warned Kissinger. "When this has happened, the centrifugal forces in West Pakistan would be liberated. Baluchistan and the Northwest Frontier will celebrate. West Pakistan would become a sort of intricate Afghanistan," Henry Kissinger mused.

The dire warnings seemed to work and President Nixon in the same conversation goes on to commit to move the American Seventh Fleet into the Bay of Bengal from waters off Vietnam, on the pretext of evacuating US citizens from the war zone. Nixon responded by stating "Would you move the aircraft carrier? I'd do it immediately. I wouldn't wait 24 hours." The Seventh Fleet, led by the 75,000- ton nuclear powered aircraft carrier USS Enterprise, was considered the most formidable naval force of the time.

The only aircraft carrier India had was the aging Vikrant which was readied to take on the massive force in case disaster did strike. Col Quazi Sajjad Ali Zahir (Retd.), a Bangladesh freedom fighter who was honoured earlier this year with the Padma Shri by India, said, "Leading Democrats, like Ted Kennedy, brother of slain US President Robert Kennedy, were with us. But the Republicans were blind-sided. The ordering of the US 7th fleet into the Bay of Bengal did not really impact the war as the Russians quickly sent their own fleet to counteract this chess move by the west."

In a later conversation in 1972, Kissinger told the US President: "No one has yet understood what we did in India-Pakistan and how we saved the China option which we need for the bloody Russians. Why should we give a damn about Bangladesh? 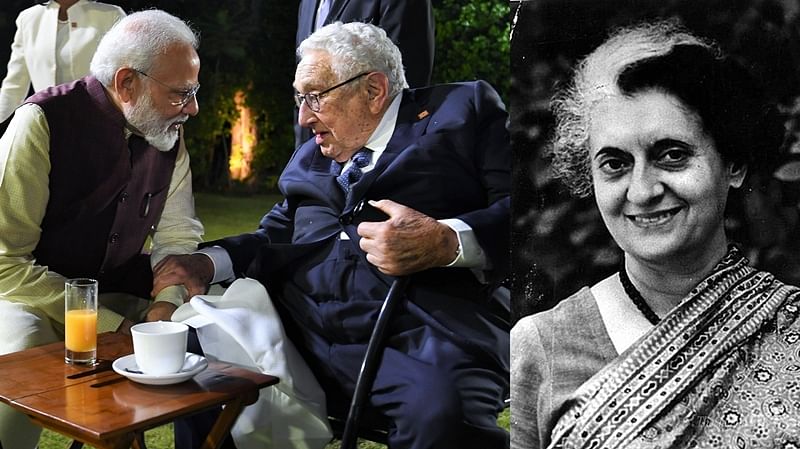