HomeWeekendNational Sports Day 2021: From PV Sindhu, Mirabai Chanu to Aditi Ashok, say thanks to these women athletes who made India proud with their powerful performances

National Sports Day 2021: From PV Sindhu, Mirabai Chanu to Aditi Ashok, say thanks to these women athletes who made India proud with their powerful performances

For years, sport was not something that women would take up. They would say women couldn’t be expected to pack a punch or lift a weight without doing serious harm to themselves – god forbid – become sweaty. But, this year’s Tokyo Olympic Games, sportswomen did not disappoint us. Despite their humble backgrounds, every woman who participated in the Games was driven by passion and determination to make a mark and inspire millions of women out there. On National Sports Day (August 29), we celebrate their struggles, their hope and their success.

This year when Saikhom Mirabai Chanu lifted the 84 kg and 87 kg barbell at the Tokyo Olympics, she not only won a silver medal but everyone’s heart. India’s first medallist made history and gave women hope. Adding to the medal count was Lovlina Borgohain, who won bronze, and PV Sindhu winning her second medal at the Olympics and becoming India’s most decorated female athlete. In another historic moment, the Indian women’s hockey team entered the semi-finals in the Games for the first time and caught the attention of a cricket-hungry nation. And, although 23-year-old golfer Aditi Ashok couldn’t win a medal, but her performance displayed her prowess.

Lovlina says, “Girls can do everything and I feel everyone should be motivated when they do something good.” Women at the Tokyo Games who soared, sprinted, swap, surfed, skateboarded, golfed, hurdled, biked, dived, shot arrows, or stepped onto a beach or indoor volleyball court comprised a greater number of Olympic competitors than ever before. No doubt that this year, the Olympics was billed as the first gender-balanced Games, with 49% of the 11,656 athletes being female. And all the women participants delivered many memorable moments.

“When I won the medal, the only thing I was thinking is that every woman should feel confident to show the country what they are made of,” says Mirabai over phone from her village, Nongpok Kakching, in Imphal East district in Manipur. “This victory is for every woman who dreams. I wish more women would come forward in weightlifting and other sports,” she adds. “I also wanted to show that women can do anything. Considering the place and background I come from, it was important for me to prove that talent can come from anywhere and that men and women are equal,” says Mirabai.

Read Also
One on one with Olympic star: 'I wanted to show that women can do anything', says silver-medallist... Late, but worth the wait

In 1900, India registered its first presence at the Olympics Games in Sydney with a lone athlete, Norman Pritchard. He won two medals – both silver – in athletics and made India the first Asian nation to win an Olympic medal. So far, India has won a total of 35 Olympic medals and 672 in the Asian Games. But, it was only in the 21st century that Indian women started winning Olympic medals.

Since Karnam Malleswari won a bronze in the weightlifting 69kg women’s category at Sydney Olympics, women athletes in India have come a long way. However, it was Mary Kom and Saina Nehwal who put the spotlight on women by winning multiple Asian Games championships and bronze in the 2012 London Olympics.

Badminton star PV Sindhu glamorised the idea of an Indian sportswoman after she won a silver medal in the 2016 Olympics. Breaking the records only reserved for men is also Sakshi Malik, who became the first Indian woman wrestler to win an Olympic medal in the freestyle 58 kg category in 2016. “We are now considered to be equal to men, be it in sports or any other professional sphere. We girls are not only making our parents proud but also making our country proud. I would ask all girls, especially Indian girls, from any part of the country to join a sport of their choice,” says Sindhu, who is also the first Indian player to win a medal at the Badminton World Championship in 2013.

While the strong presence in sports has inspired other women in the country, it has also challenged harmful gender norms and barriers around the world.

“If I can achieve it then anyone can. I have learned to take things positively and as a learning experience,” says boxer Mary Kom, who despite losing this year at the Games won the hearts of Indians for exhibiting a strong sporting attitude in the ring.

Read Also
My father is very special for me: Ashok Kumar; Pays tribute to legend Dhyan Chand on his birthday... If it’s not cricket, it’s not famous. That’s how India’s sports scene was perceived until women started showcasing their sporting talent. Women athletes have certainly scripted their names in history with their high-spirited presentations on world platforms.

November 2019 saw Indian women’s cricket team skipper Shafali Verma breaking the record of ‘the’ Sachin Tendulkar, by scoring a half-century in an international match. It also brought to light the potential of women on the pitch. Shafali and her team members, Mithali Raj, Smriti Mandhana and Harpreet Kaur have in recent years, showed their grit and determination in breaking the stereotypes around women players. “I feel girls are doing much better than boys so there shouldn’t be any discrimination. We should be given equal chance in every field,” said Shafali in a recent interview.

Another name which hit headlines for breaking the stereotypes is cricketer Mithali Raj. Her famous retort at the opening dinner and media roundtable event on the eve of the Women’s World Cup in 2017 won her more fans.

The skipper was asked who was her favourite cricketer in the men’s team. “Do you ask the same question to a male cricketer? Do you ask them who their favourite female cricketer is?” she asked the journalist. “I believe that if you are representing your country, your country should get the best of the best. It’s nothing to do with women players or coaches,” Mithali had retorted. Her inspiring journey is being made into a movie, Sabaash Mithu, starring Taapsee Pannu

These women have won accolades with their courage, talent, and sheer grit. Their success raises three questions: What took the International Olympic Committee so long to promote equity? Why doesn’t a similar balance exist in the IOC’s power structure? Till when will women be compared to their male counterparts? 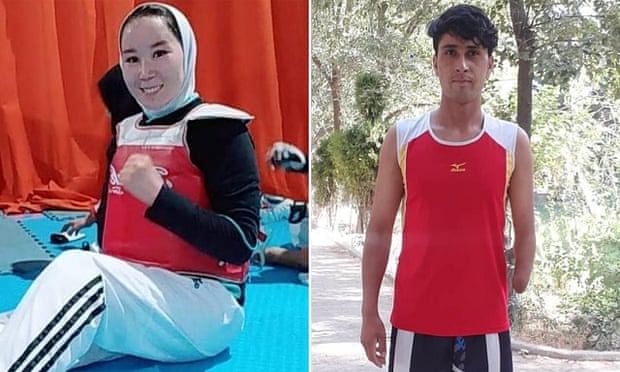