One on one with Olympic star: 'I wanted to show that women can do anything', says silver-medallist Mirabai Chanu

Amid her new-found fame and busy schedule, Olympic silver-medallist Saikhom Mirabai Chanu gets into a conversation about her struggles, humble upbringing, dreams, and more
Hema C 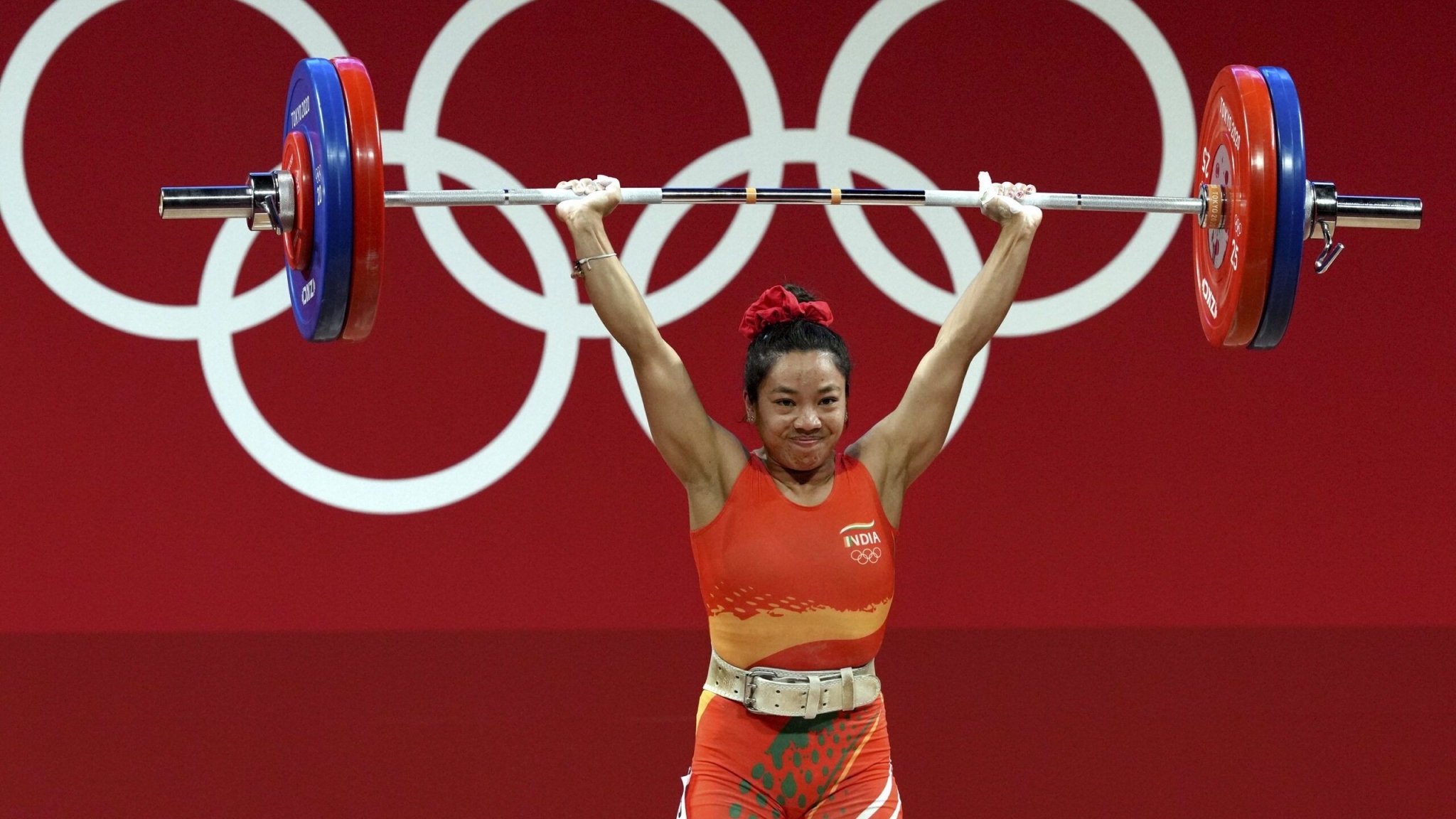 The history of women’s participation in sports in India is riddled with disparities, and weightlifting is no exception. Spearheading this wave is Saikhom Mirabai Chanu, whose feats in the weightlifting ring have given her enduring fame. On July 24, the 26-year-old weightlifter became the first Indian to win a medal in Tokyo Olympics and also the country’s first silver medal in women’s weightlifting. She lifted 84 kg and 87 kg successfully behind China’s Zhihu, who lifted 94 kg to create an Olympic record and win the gold.

For Mirabai, the fascination for the sport started at the age of 15 in 2006, when she was reading a chapter in her text book about Kunjarani Devi (the most decorated Indian sportswoman in weightlifting). She walked up to her mother and announced her desire to be a weightlifter and just in a decade she has become a force to reckon with in the country.

She is as busy as any superstar may be. Her calendar is perennially buzzing with events, photoshoots, interviews and meetings with dignitaries in Manipur. When we requested her for a Zoom interview, she politely said, “Ma’am, there is no internet connection at my place.”

We wondered how this world champion managed to cross continents to reach Tokyo from a small village, Ongpok Kakching, located at the foothills of Imphal East in Manipur, where she lives in a moderately build two-room house with her five siblings (two younger brothers and three elder sisters) with limited internet and electricity. But here she is, turning the tide to sail through to fulfil her dream. On July 27, when Mirabai returned home, she was accorded a hero’s welcome. All eyes were on the television sets and she was trending on Twitter as the country saw the athlete run to hug her mother Saikhom Ongbi Tombi Leima and her father Saikhom Kriti Meitei with tears rolling down her face. “It is because of my parents that I have achieved this victory. They have made a lot of sacrifices for me,” she says.

Mirabai won many hearts after she shared a photo of hers sitting on the floor and eating with her family after two years. The picture gathered many reactions on Twitter including one from actor R Madhavan. A Manipur-based film production company has announced plans to make a biopic on the life of Mirabai that will showcase her childhood and life in a village; her introduction and training in weightlifting; participation at national and international events, and her win at the Tokyo Olympics.

As Mirabai unravels her journey, she says that in winning the silver medal for the nation lies her greatest motivation. “The victory, which has come with a mammoth of struggle and patience, is yet to sink in. I dreamed of something that, although wasn’t impossible, wasn’t easy either,” she says.

“I always wanted to win an Olympic medal — for many years, India didn’t have any in this category. I also wanted to show that women can do anything. Considering the place and background I come from, it was important for me to prove that talent can come from anywhere. And men and women are equal,” Mirabai tells us on the phone from her village.

Long before Mirabai produced lifts that were strong enough to clinch an Olympic silver medal, she would take lifts from truckers, who were kind enough to drop her off to her training centre at the Khuman Lampak sports complex in Imphal (around 32 kms from her village). There is still no regular bus service from her place to the training venue.

“I would wake up at 5am because all the trucks coming from Etham Moirangpurel area would pass through my village early in the morning. The drivers honked from a distance and I would know they are nearby and that I should get ready. They would praise my enthusiasm and knew that I couldn’t afford to travel to the training venue,” recalls the young athlete, who despite the odds never complained about the lack of resources. “It was free transport for me and I wanted to train so there was no complaint about anything.”

Although Mirabai would get Rs 10-Rs 20 for her journey, she would save as much as she could for nutritious food. Her father, a government employee in the Public Works Department, couldn’t afford to spend for her special diet. “We are eight members in the house. Often, there wasn’t enough for two meals a day,” she says. She would have a glass of milk and some non-veg food once a week.

“My mother would arrange non-veg for me. I would only have regular food that we all ate at home.” During her initial days of training, Mirabai would spend hours observing women lifting weights. “I would only watch the weightlifters and go back home. This was a routine but I would constantly think about it. There was not a single moment when I wasn’t thinking about weightlifting,” she says.

Her perseverance paid off with a silver medal, financial aid from the state government, and the Indian Railways. She will now be serving as the additional superintendent of police (Sports).

Despite her many feats, the struggles that the Manipuri athlete has endured drives her to keep improving. This positive attitude is her biggest asset as she never loses hope. She says, “This victory is for every woman who dreams. I wanted to earn this medal so I can prove that women can do anything and I wish more women would come forward in weightlifting and other sports.”

She wants to teach weightlifting to the children in her village. “I want to teach every child in my village, especially women in Manipur, as they are the victims of harsh racial remarks outside,” she says. Even as women are scripting success in almost all sectors today, the weightlifter is certainly an idol for all sportsperson. However, she feels that women have to cross far more hurdles in their journey to reach the top, especially in sports.

“Parents should support their girls in whatever they wish to do. Let them dream and win, they can make the nation proud. I wish many more women to take up weightlifting and other sports and bring many more medals,” she adds. 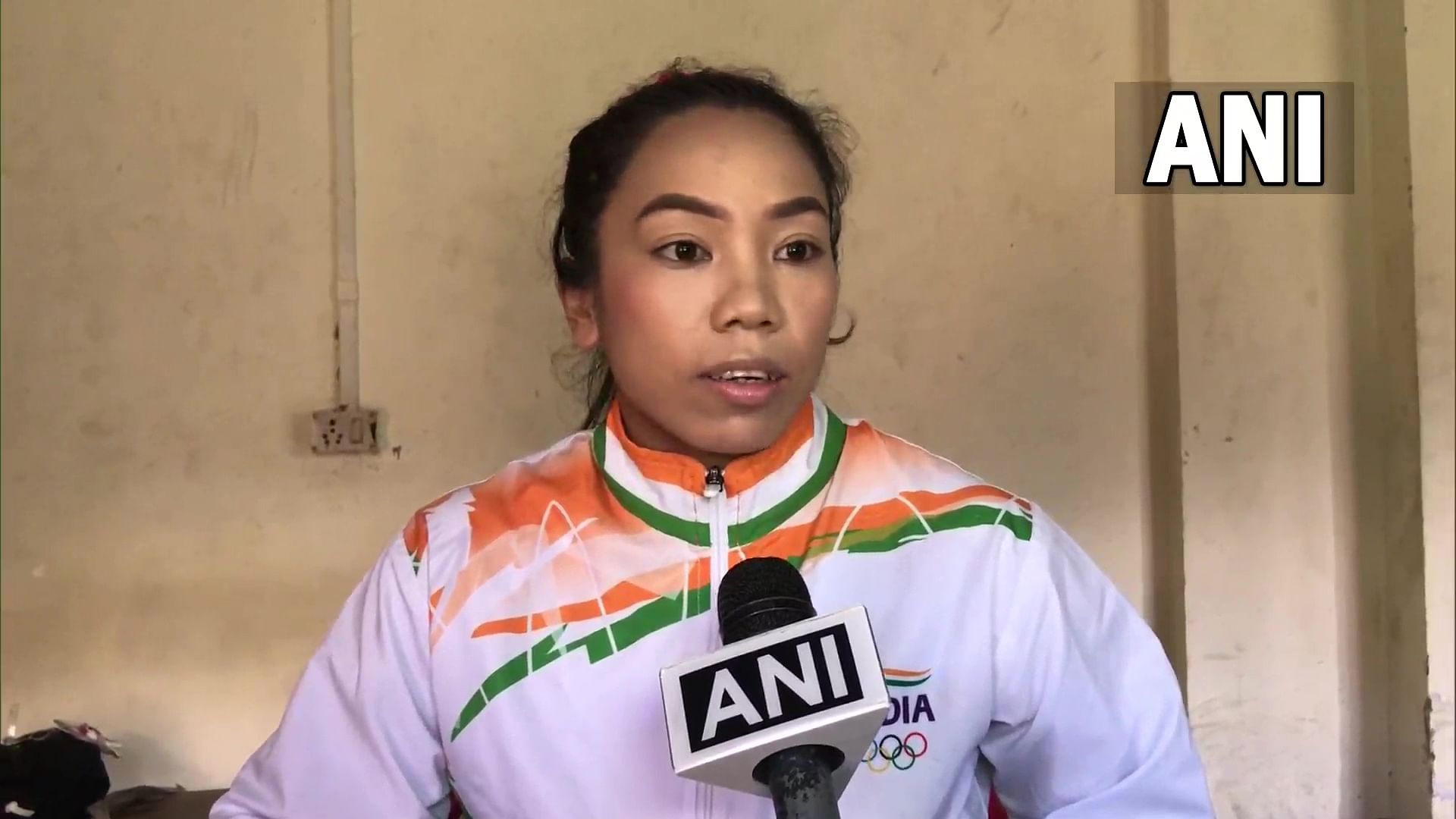