From blockbuster slasher Halloween to freak-outs such as Mandy and the Conjuring series, the horror genre has become one of the most popular binge-watch bet for youngsters. On Halloween, here's a look at why viewers can’t get enough of it
Hema C 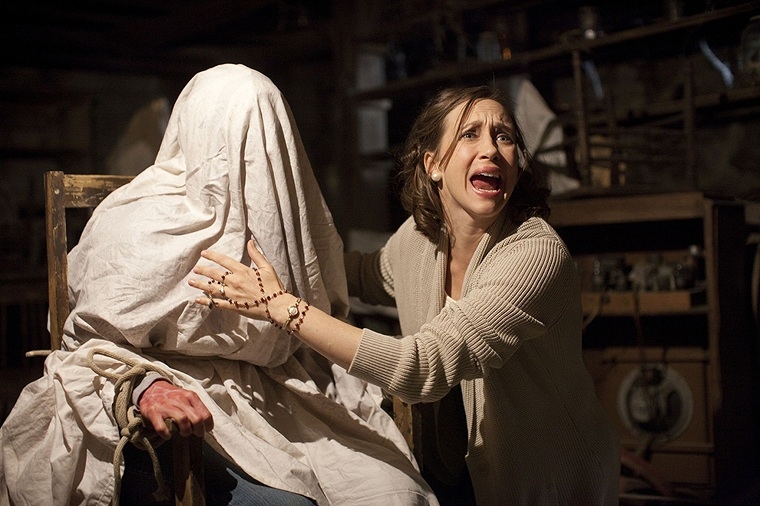 It’s scary. It’s funny if you watch it in the day or with lights on. But some movies are really scary, can’t watch it alone!”

This is the common voice when we discuss horror movies with friends. But this generation is clearly hooked on to horror. The genre has found a space in almost every house, which eventually has given huge rise to the horror market — recently released A Quiet Place grossed over $339 million and The Nun, $364 million — are also delivering nine-digit returns worldwide.

Spooky films like Hereditary, Mandy and Suspiria remake are a big hit with the Indian viewers. And some low-budget fares like Slasher sequel, The Strangers: Prey at Night, and Steven Soderbergh’s psycho-thriller, Unsane, are some of the famous horror features.

The rising horror tide is spreading among viewers. For some, it’s about experiencing something that’s not real or just curiosity for ghost stories. For others, it is a way to challenge their fears and some watch it for ‘sadistic’ pleasure.

“Yeah, it sounds creepy but I enjoy watching it. The films just keep you hooked and sometimes it’s about ‘I watch to know how some supernatural powers work’,” says Mumbai-based Kunal Murtaza, who before the pandemic watched horror movies in the cinema. “I have watched all the movies. Some of them are funny, but some of them are really scary,” says the second-year student.

Investment banker Pankaj Kumar has recently developed an interest in slasher movies. “I watched 1920: Evil Returns once out of a challenge and enjoyed it. I felt horror films aren’t typical ghost stories or slasher stories but have a strong character arc and are heavily art-directed and have some kind of a twist, which just keeps you hooked,” says the Mumbai resident. Clearly, watching habits have changed. It’s isn’t the same anymore when people would sit with families to watch horror movies or have a night out with friends to enjoy it over popcorns.

“It gives you an adrenaline rush because you are constantly looking for something that’s unknown and unpredictable,” says Shiva Yadav, who enjoys watching a horror film in a dark set-up at home. “That’s how you enjoy a horror movie. If I watch it during the day, I will die laughing,” says the marketing professional.

Many viewers say the trend is constantly evolving and bringing something different unlike Bollywood movies. The content is popular among young film-making students and professionals. “Every film is different. The films are exotic and completely unpredictable,” says independent filmmaker Suhani Singh. “There is so much to learn in terms of making such films and of course, there is a huge budget involved.” Then, there are thriller movies which are on a par with horror dramas. For instance, films like Animal which narrates a story of an Argentine man whose attempt to secure a black-market kidney transplant destroys his family; or the German eco-feminist zombie movie Endzeit: Ever After are examples of horror’s new cosmopolitan bent.

Supernatural films have a huge market in India, especially with the digital platforms. “There’s a strong horror market among digital users. If you make a horror film that looks decent for the first five minutes, it’s going to work,” says film advertiser Gaurav Bhatt. “The makers of slasher content have caught the pulse of the audience and they know what is going to work. There is no star needed in such films,” he says.

While horror movies are popular, the new trend of thriller dramas is also picking up in India. Ruling the chart is Korean thriller Squid Game. Released in September, the nine-episode series has become Netflix’s one of the biggest non-English shows in India. Netizens can’t stop talking about Squid Game, especially some of its children’s games, which have lent themselves to some funny and creative memes. 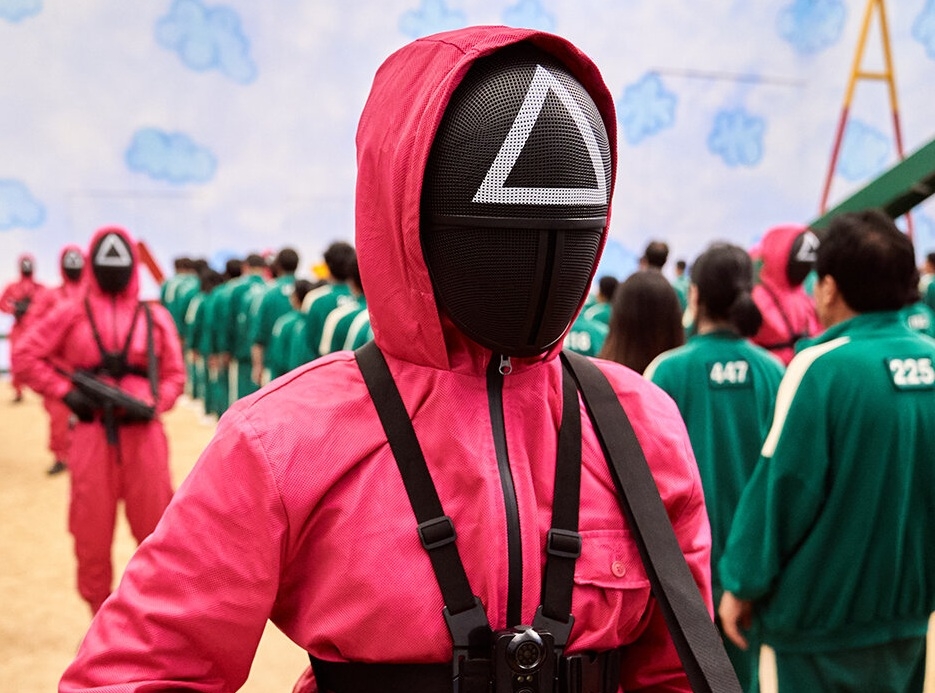 The series is a story of about 400 needy people playing children’s games for money. But the losers are killed by the game runner and the last one who remains wins the money.

Why is the show so popular?

“Squid Game is a completely new thing and not based on any existing idea or concept,” says Gaurav Panjwani, a hard-core thriller fan. Another reason Squid Game has become such a worldwide phenomenon is its accessibility. The show is filmed in Korean, but offers subtitles in 37 languages and has been dubbed in 34 languages.

Though the dramas are a huge property for fun and thrill, there have been concerns from psychiatrists and mental health professionals. Some say the series is not for children even under parental guidance.

“The series may have adverse effect on children’s health — both mentally and physically. At times, kids are too scared while watching the shows that they end up sick with fever. Kids take things to heart — they can’t differentiate between reality and fiction because the content looks so convincing to them. This will have short and long-term effects. Children may want to imitate the elements in this game which may lead to many problems. It’s the same like Blue Whale where many kids were sacrificed,” says consultant psychologist Monika Sharma.

Another counselling psychologists Vaishali Joshi says it is strictly advised to keep children away from the show and elders also need to use their discretion. “The characters become influential. They are systematically formed and portrayed. There is a lot of violence, threat and abuse and consuming this kind of content is not healthy for your mental health,” Joshi says. Watch Videos: Reigning queen of Halloween Heidi Klum is here to spook you all