HomeWeekendCan you reverse type-2 diabetes with low-carb diet? Here's all you need to know

Can you reverse type-2 diabetes with low-carb diet? Here's all you need to know

Is it possible to reverse the lifestyle disease by altering eating habits and bringing positive changes in your regular routine? Read on to find out

Type 2 diabetes (T2D) is a lifelong, metabolic disorder caused by the body's ineffectiveness in utilising insulin. Insulin is a hormone that helps move glucose from blood to the cells. Ineffective utilisation of insulin leads to accumulation of glucose in the blood, affect overall physiological health and lead to several complications.

Growing prevalence of T2D is a matter of concern for healthcare industry worldwide. According to World Health Organization, 422 million people are suffering from T2D across globe, majority of them are living in middle- and low-income countries. A large review in 2020 by Sachin Atre and colleagues screened 1,751 articles and reported the prevalence of T2D in India ranged between 1.9% and 25.2%. In 2019, around 1.5 million deaths were directly caused by T2D.

Read Also
A beginner's guide to keto diet: How it works, what you can eat and can't, pros and cons, here's all... What is reversal of diabetes?

Until today, there is no known cure for T2D. Reversal or remission of T2D isn’t equivalent to cure. According to diabetes.co.uk, reversing diabetes usually defines as a significant long-term improvement in insulin sensitivity in people living with T2D. Attaining 6% glycated hemoglobin (HbA1C) value without taking any diabetes medication is said to be revered or resolved diabetes. Sometimes this is also known as putting diabetes into remission.

However, before stopping diabetes medication, discussing with the medical team is a must.

How can diabetes be reversed?

The key to reverse diabetes is to reduce weight. Losing weight can be achieved by several ways among which the safe, scientifically backed lifestyle-based methods can be – eating a low-carbohydrate diet, physical activity and managing stress.

This article discusses low-carbohydrate diet as an effective mode of intervention for long-term management of blood glucose level.

‘Diabetes diet’ is a myth

There is no general diet plan or ‘diabetes diet’ to manage T2D. Dietary recommendation is customised as per the individual goal, physical activity, physiological condition, eating preference, local availability of foods and so on. A general dietary guideline suggests eating a whole food-based, nutritious, low-calorie and low-carbohydrate diet to lose weight, control blood glucose and manage symptoms. Your daily diet should include high-fibre grains, lean protein, healthy fats, no or little sugar, limited alcohol and limited sweets.

Low-carbohydrate diet: Even before the invention of insulin in the early 20th century, the standard treatment of diabetes mellitus was carbohydrate restricted diet. After the discovery of insulin, more carbohydrate was advised to keep the blood glucose in control.

Multiple studies reported long-term management of T2D with low-carbohydrate diet. A randomised control trial involving 46 T2D patients linked low-carb diet with benefits on glycemic control beyond its weight loss effects. At the same time, the dosage of anti-glycemic medication was also lowered among the participants. In a 12-month trial, 259 overweight, T2D patients were assigned to a low carbohydrate Mediterranean (LCM), a traditional Mediterranean (TM), and the 2003 American Diabetic Association (ADA) diet. The authors reported the highest reduction of body weight and HbA1C among people who were given low-carb Mediterranean diet. How much carbs is low carb?

According to American Diabetes Association, there is no generic guidelines on the amount of carbs or other macronutrients as one size doesn’t fit all. They recommend customised diet plan for everyone for the best outcome.

A brief report involving 31 obese T2D patients revealed marked reduction in bodyweight, blood glucose and HbA1C after six months in patients who were put on a low-carbohydrate diet (20% of total calorie) and the result lasted for a month. Food List: Nutrient dense, low-carb foods are the best to manage blood sugar in the long run. However, to manage food cravings, eating junk foods occasionally can be helpful. All protein-enriched foods are low-carb foods. Eating protein in each meal helps you stay full for long.

There is no food that has to be avoided. Work with your dietitian to understand the amount or frequency of a food that you love to have sometimes. A restrictive diet is not sustainable for a long term.

To conclude, a holistic approach involving dietary modification, regular physical activity and sound mental health has been proven to manage T2D in the long term. Also, always discuss with your doctor and dietitian to curate the best course of action to address your healthcare needs.

(Subhasree Ray, Doctoral Scholar, Clinical and Public Health Nutritionist, Certified Diabetes Educator. She can be followed on her Twitter @DrSubhasree) 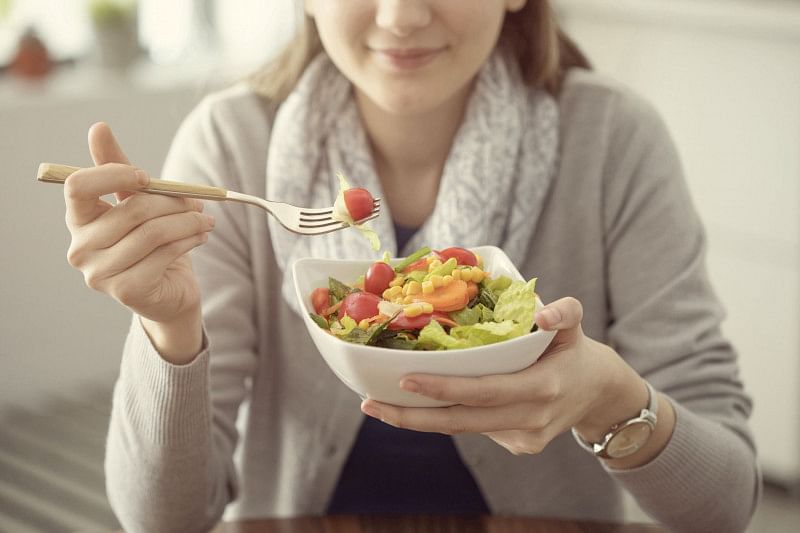