WATCH: This viral Robot gets emotions 'on point'; netizens are simply loving it

Ameca is a humanoid robot designed by Engineered Arts.

With advancing technologies, it seems like the lines between a human and robot are blurring rapidly. Are you one of those who think that robots can't express emotions? This video can prove you wrong!

Engineered Arts took to their YouTube page to share the first look of the most advanced humanoid robot whom they have named 'Ameca'. What's special about this robot? This human-like machine looks to have life and portrays emotions and expressions so well that one can fall for her, beware!

In a recent video by Engineered Arts, a platform for AI and human robot interaction (HRI), we see a in the background a scientist or tech-guy programming the incredible humanoid robot which stands right in front of the camera. Ameca just like any human displays facial expressions such as surprise, shock, in deep thought ... and ends the video with an appealing smile.

The reactions of netizens vary across social media, some feel that such technologies could emerge being a threat to our human race while some appreciate the progress. 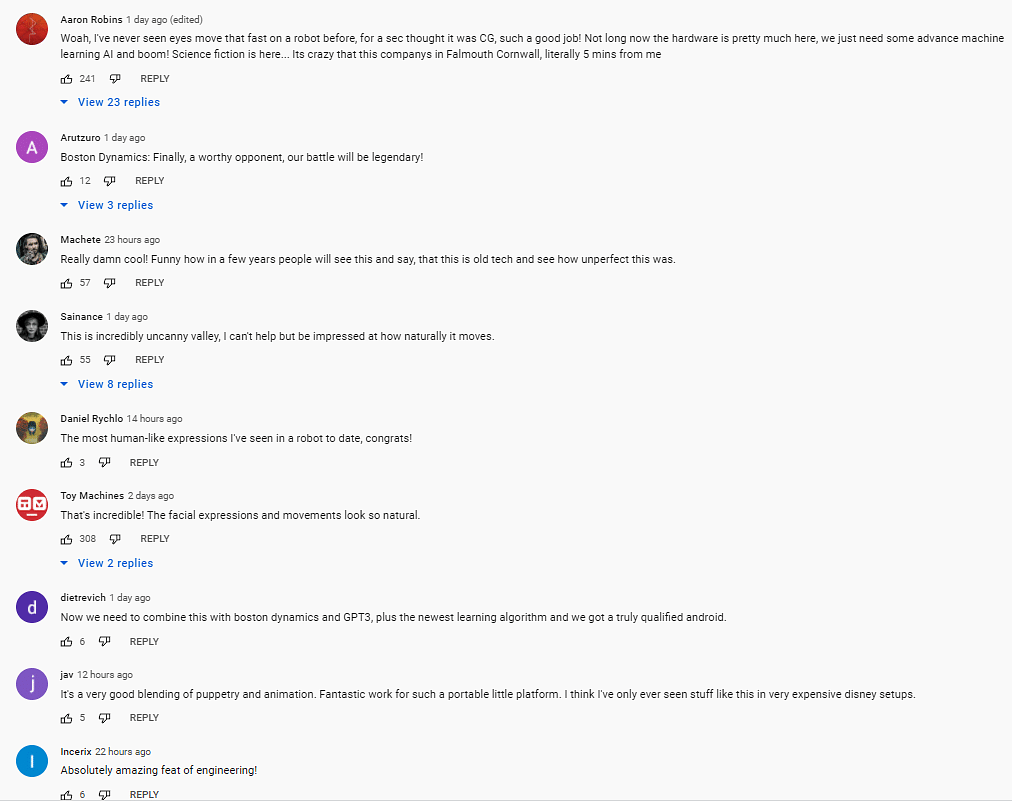 On the other hand, Twitter users are in worry and feel that rather than concerning about robotics one must focus on human's mental health and other issues of human race.

Take a look at Twitter reactions when the video was posted there by Author Michael Knowles. He himself wrote in the post expressing disgust, 'Whatever this is, I want kill it', leaving Twitteratis triggered.

Why don’t we spend more time and effort to solve our own problems? What is the value added to these sophisticated emotional expressions on this robot’s face?

I totally agree with you. There's so much more we should be solving for us humans to help us not building some sophisticated robot that it's going to turn around and wipe out humanity anyways. They're very dangerous. So are the weirdos making them.

Every engineer’s life goal is to replace idiots by machines.

God created man in his own image

Man creates AI in his own image

I’m 100% against making robots faces as close to human faces as possible. Robots should be easily distinguishable from humans, anyone who has played Fallout 4 should know this.

AIs are going to wipe out humanity

The one thing I'm sure of is that this wonderful robot has complete access to all of our tweets. Let us only speak well of this fine robot for the good of all humanity. HomeViralWATCH: This viral Robot gets emotions 'on point'; netizens are simply loving it