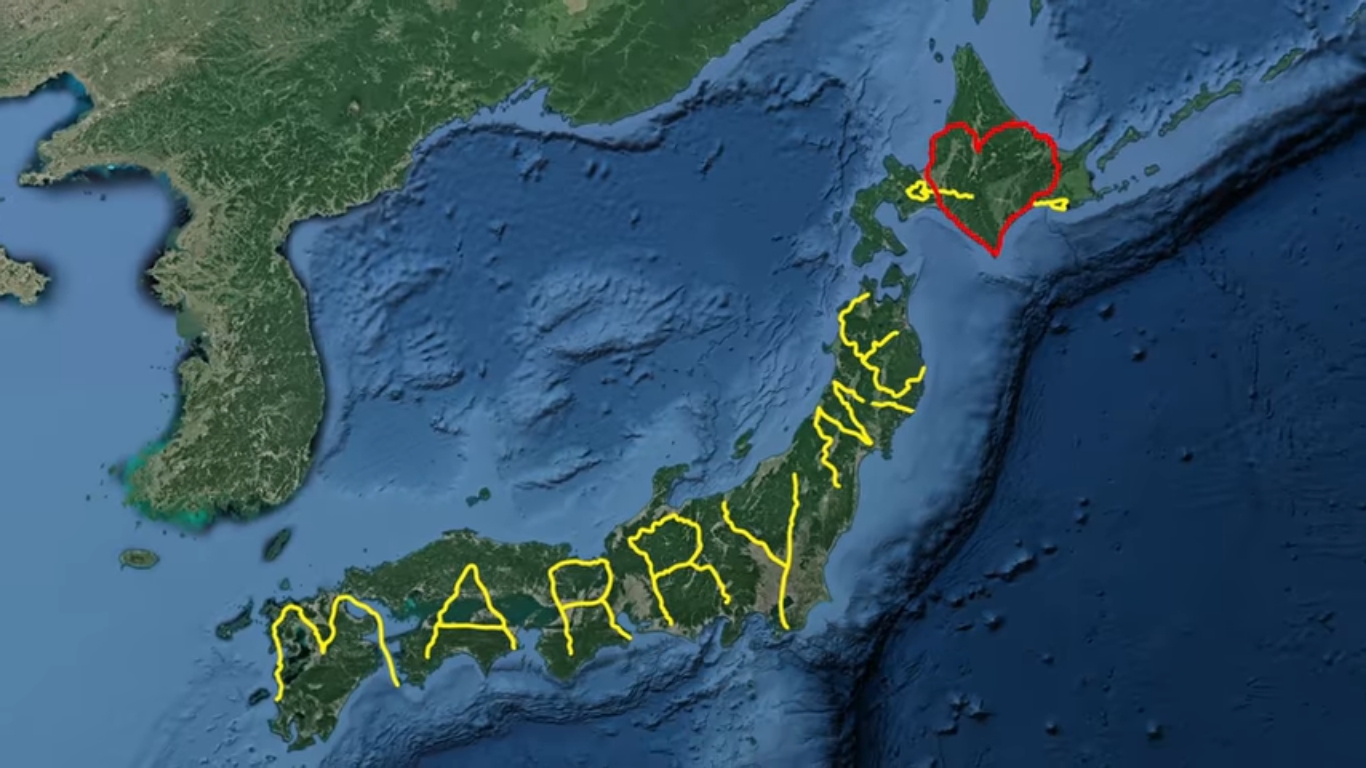 Yasushi Yassan Takahashi, an artist from Japan decided to make his wedding proposal very unique and he succeeded in it. Being from Japan, Takahashi made the most use of it as he travelled across the country in such a way that his GPS route spelt out, “MARRY ME.”

As amazing as it sounds, the plan did take years to be accomplished. Takahashi knew he wanted to give a unique proposal and a video of his idea was shared by Google themselves. Takahashi has impressed the world and all netizens.

What took him years to commence and complete the plan was the digital art classes he took in 2008, which helped him plan the whole route that would spell, Marry Me. And the overwhelming proposal was for his girlfriend Natsuki. She told the China Morning Post, “It was a big surprise. I felt the greatest love in the world.”

Well, you can watch the adorable couple and their video posted by Google, here. His travelling for the proposal plan did put Natsuki in wonder, as he was travelling alone. Takahashi went through extreme weather changes and it was really tough for him to do so but he bagged a tonne of great experiences. Takahashi travelled 7,000 kms for six months and he is first one to set a world record for a wedding proposal.