She suffered an accident that caused her to lose her eyesight when she was 12 years old, but even though she lost the ability to see the world through her eyes, she continued to see and foresee what the future would hold for the world.

Only a small percentage of her many predictions have come true, but among the more well-known ones are Barak Obama's prediction that the 44th President of the United States will be a black man, as well as her accurate predictions of 9/11 and Brexit. 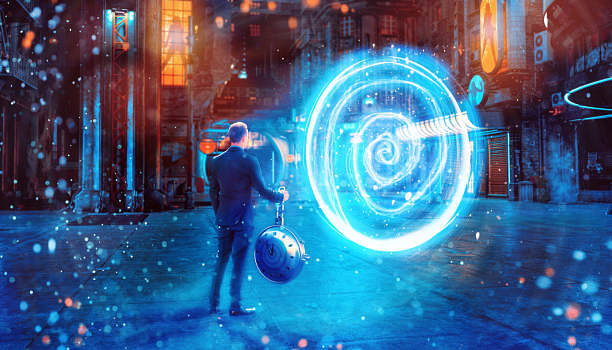 Baba Vang anticipates that newborns may be cradled in a laboratory, allowing parents to choose the traits and skin tone of their child.

Nuclear explosions will usher in a 'dark age,' according to Vanga. It is terrible to watch the ongoing situation between Russia and Ukraine, in which Russia accuses Ukraine of having nuclear weapons.

A nuclear power plant explosion has also been foreseen by Vanga, which is made more likely by the continued hostilities and Russia's nuclear blackmail of Ukraine.

We are most fascinated by the term 'aliens,' but because we have never seen them, we have all judged their appearance and behavior. Baba Vanga has predicted that the Earth will witness the arrival 'aliens' on the planet in 2023.

She also said the world would be completely covered in darkness and millions of people would die if aliens came to earth next year.

The blind mystic also claimed that the world would witness a solar storm that no one had ever seen before. Electrical charges bursting from the sun, according to the mystic, may strike the earth.

Solar storms are bursts of energy from the sun that send electrical charges, magnetic fields, and radiation toward Earth. They can be as powerful as billions of nuclear bombs.

This phenomenon could be seen in the form of the Northern Lights.
Baba Vanga claims that more powerful storms could result in damage to the technology and lead to mass blackouts and communication failures.

Baba Vanga has also claimed that a 'big country' could carry out bioweapons research on people. Due to this, many thousands of people could die as a result of the experiment. Even though the 'United Nations' have banned the effective use of it, there are a few countries that are feared to be running bioweapons programmes secretly, the Times Now reported.

Read Also
Aliens? China says it may have detected signs of life beyond Earth