Aliens? China says it may have detected signs of life beyond Earth

Professor Zhang Tongjie, chief scientist of the China extraterrestrial civilization research team at Beijing Normal University’s astronomy department, said that, "the suspicious signal may also be some kind of radio interference, which needs to be further confirmed or ruled out,” he pointed out. “This may be a long process.”

False alarms and unusual radio signals have been observed before.

The signal appeared to come from the direction of the constellation Sagittarius and bore the expected hallmarks of extraterrestrial origin, and was thereafter called the "Wow! signal."

The entire signal sequence lasted for the full 72-second window during which Big Ear was able to observe it, but has not been detected since.

FAST – the world’s largest dish-shaped radio telescope – began a program to seek alien intelligence in 2020. Earlier this year, it detected a “suspicious” signal while observing exoplanets.

Located in Guizhou, a mountainous province in China’s southwest, FAST is the world’s largest and most sensitive radio telescope. It was equipped with back-end equipment dedicated to the search for extraterrestrial civilizations in 2018, and officially started looking for alien life in September 2020.

Construction of FAST began in 2011. It observed first light in September 2016. After three years of testing and commissioning, it was declared fully operational on 11 January 2020.

The FAST telescope joined the Breakthrough Listen SETI project in October 2016 to search for intelligent extraterrestrial communications in the Universe.

In February 2020, scientists announced the first SETI observations with the telescope.

China's Global Times reported that its 500-meter (1,600 foot) FAST telescope will be open to the global scientific community starting in April 2021 (when applications will be reviewed), and becoming effective in August 2021.

Read Also
Aliens in UFO? Man spots THIS in 8 years of stargazing 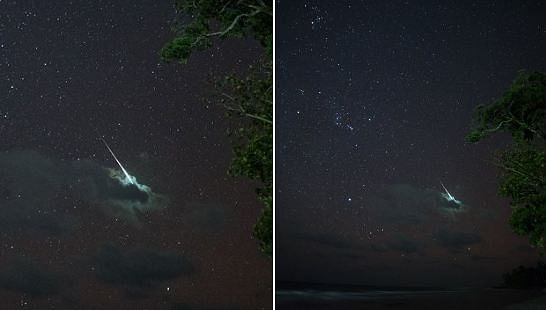 HomeWorldAliens? China says it may have detected signs of life beyond Earth