While some mourned the loss of WION, others shared memes over the attention bragged by the star journalist. Some also greeted her with best wishes for future endeavors.

Palki Sharma Upadhyay, Managing Editor of WION quit the media outlet on Saturday. Reportedly, in her 2 pm meeting on September 3, she announced that she will be hosting the last episode of her prime time show-Gravitas that night.

Soon after Palki's resignation from WION, Twitterati from various walks of lives reacted over the update. They expressed how difficult and 'unimaginable' it would be to watch the Gravitas show without her on screen.

To the unversed, Gravitas is the channel's prime-time show which provides news and discussions on concurrent issues from India and abroad. Gravitas Plus is a digital exclusive of the show that is shared by WION on YouTube and other social handles including their official website.

Following reports of her resignation, journalist Vir Sanghvi called her a 'true star'. In a tweet, he wrote, "A great loss to WION & a huge coup for whichever channel lands her. A true star."

"A story worth emulating...All the best for your next move @palkisu What a loss WION," wrote Ashish Kumar Singh of ABP news.

Supreme Court lawyer Shashank Shekhar Jha said he is "eagerly waiting for the next announcement."

Got to know that one of my very fav @palkisu and face of Wion News quit the channel.

Eagerly waiting for the next announcement. Best wishes 🌸

Take a read through some more reactions:

Madam,Good Presentation and the Word #Friendshoring gets a lot of meaning with ur Explanation!

Heard,Ur Moving from @WIONews !All the Best Wishes,Masha Allah will take u in the path ofglory!

We follow ur @palkisu ID for International News Madam!

As always, well presented by Palki Sharma
The standard is so high it makes one wonder if WION will have another journalist to maintain it
Best wishes for your future endeavours

The Attention Viewers give to

Gravita without Palki Sharma is unimaginable. Her narratives, voice, tone and ofcourse her capabilities is unmatched. I hv watched this show for its honesty and above all because it’s @palkisu 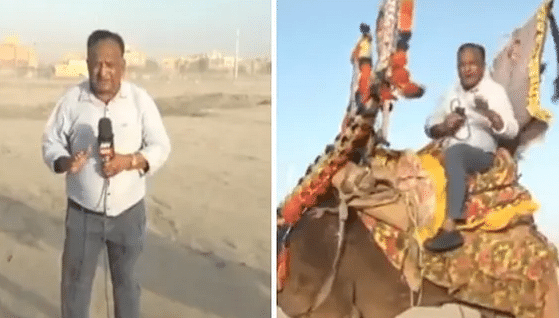