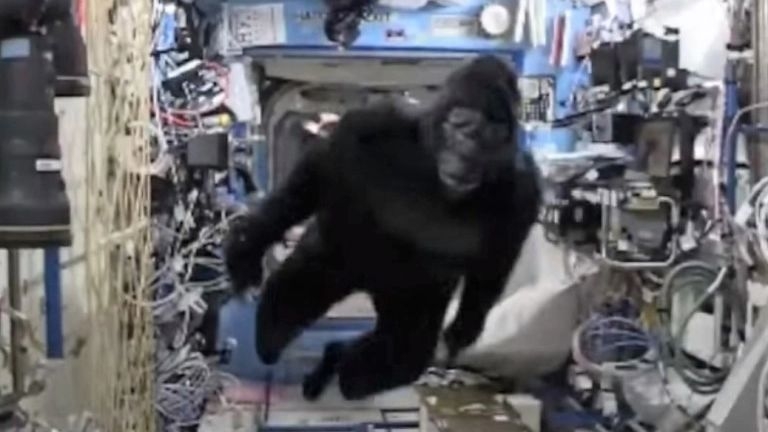 Funny moments can be created and shared anywhere, be it Earth, space or anywhere else! This holds especially true for a video recently shared by a filmmaker, Todd Spence on Twitter. The video shows astronaut Scott Kelly, dressed in a gorilla suit, chasing colleague Tim Peake on the International Space Station (ISS), WION reported.

For the prank, astronaut Scott Kelly sneaked the suit into the ISS in 2016. It had reached the ISS through a resupply mission.

The 15-second clip, which has already attracted 3.7 million views, has re-surfaced on the micro-blogging site to remind netizens of the hilarious moment.

Astronaut Mark Kelly once smuggled a full gorilla suit on board the International Space Station. He didn't tell anyone about it. One day, without anyone knowing, he put it on. (source: Reddit) pic.twitter.com/v7aVunL7QF

The moment was special as it was epic prank which was successfully pulled off in space. In this unusual moment, the researchers at the station also got some time off, all thanks to Kelly.

The American engineer Kelly had dressed up in a gorilla suit and hid in a soft-side storage container that his colleague Tim Peake was busy opening.

Shortly after, Peake could be seen moving away in fear to Scott's amusement.

The prank was done by Scott to mark his year in space mission.

At the time, he tweeted, "Needed a little humor to lighten up a #YearInSpace. Go big, or go home. I think I'll do both #SpaceApe."

Here's how netizens reacted to the video:

Funnies video in the internet https://t.co/WNWAfnhg3n

I wanna do this so bad the nastiest laugh I just let out 😭😭 https://t.co/HM3yE3Tuie

Do you also hate when a gorilla appears from nowhere in your space station? https://t.co/aI1uXJspNO

fully believe this is the funniest any human being has ever been https://t.co/IoFgmfjuoo