On Thursday, a huge crowd reached Khedapati Zone with their problems. The consumers alleged that the smart meters installed in their residences meters run faster than jets.
FP News Service 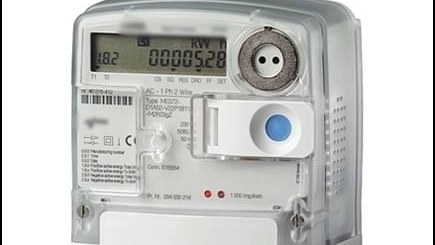 Ujjain (Madhya Pradesh): The smart meters installed by Madhya Pradesh Vidhut Vitran Company have added to the woes of the power consumers who are already reeling under the financial stress induced by lockdown and rising inflation.

On Thursday, a huge crowd reached Khedapati Zone with their problems. The consumers alleged that the smart meters installed in their residences meters run faster than jets.

The discom claims that it is installing smart meters across the city for accurate readings and to eliminate the dependency on readers.

This meter will automatically enter the consumption and send it to the company office and the bill will be generated automatically.

By removing the reader, the discom was claiming that the woes of the consumers will be reduced. But in contrast the consumers find themselves at the receiving end due to the move of the discom.

The consumers alleged that there is no testing before installing the meter. The power load and other calibration has not been done properly in the installed meters.

Consumers alleged that due to the lack of application of mind by the discom officials meters are recording inflated reading and bills.

The consumers are upset as they are being served huge amount bills. Every day there is a ruckus at some office of the company.

A consumer named Deepak said, before the smart meter was not installed, his bill used to be between Rs 250 to Rs 300- he has been served a bill of Rs 15,000. Similarly, a bill of Rs 7000 has been sent to one Zubeida Bi, whose family comprises just two persons. Distressed consumers created a ruckus against the company and raised slogans demanding removal of the meter.