Chikan suits, Imambara and the Gomti river… NIKITA CHAWLA accomplishes her 3-point agenda in one day in the city of Nawabs

I was invited to give a keynote session at Lucknow University after which I extended my stay by exactly 24 hours. My self-imposed mission had three parts to it.

First was to visit the Bada Imambara, the second was to enjoy a leisurely meal and third was to procure a nauka keel from the Gomti river for astrological purposes – all in a day’s work. Read on to see how I managed it in a race against time...

“Tashreef rakhiye”. I looked at my tonga guide as I gingerly sat on the rickety rickshaw careful not to displace the same with my weight. Hordes of tourists flock here every day to catch glimpses of Lucknow in its former glory and witness chunks of history hidden in its labyrinthine maze (bhoolbhoolaiya) and architectural splendor and I was no exception. 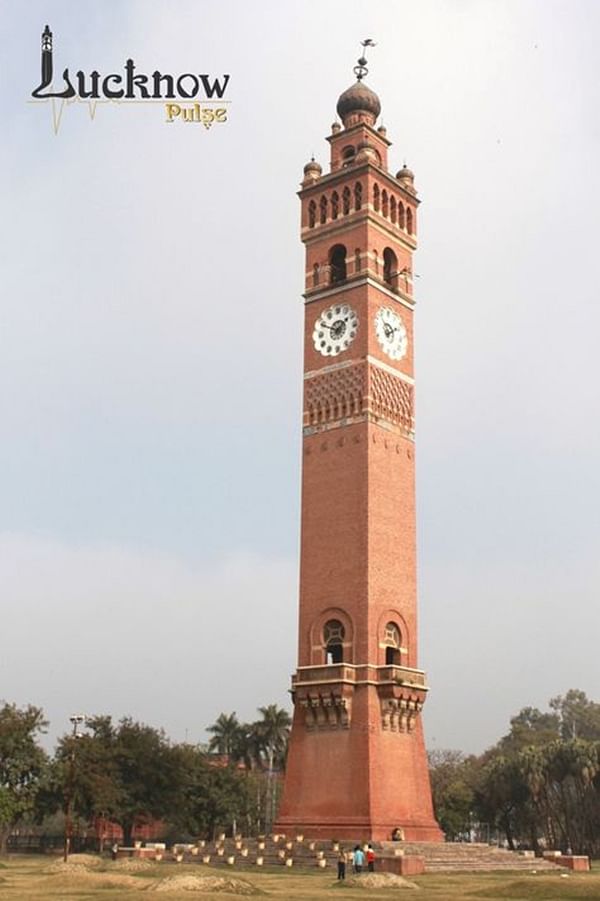 He took me through the scenic Ghantaghar (the Big Ben of Lucknow) and vividly described the Teen Darwaza of old Lucknow. I got lost in the stories and before I could realise what was happening, I found myself at a Chikan suit factory a good kilometre away from the old city. Turned out it was a fancy showroom with no local ‘factory’ and the chotu got a commission for every walk in…. 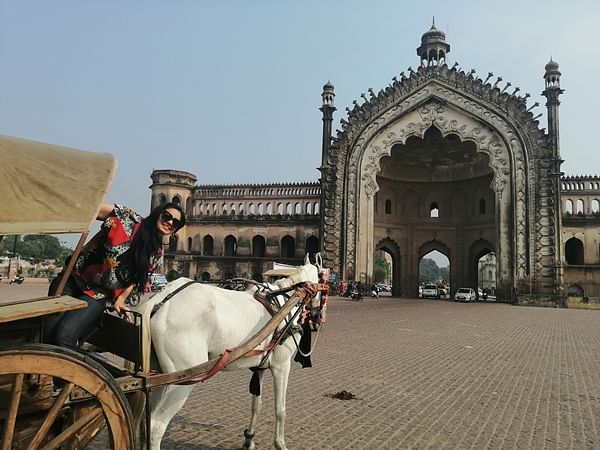 I reprimanded him for this sly behavior and returned to the monuments. A precious hour was wasted. Nevertheless I enjoyed seeing the city like a local and that too on a tonga.

Usually I pick central hotels or budget stays but since Lucknow is a small city with everything within 25 to 30 minutes’ reach, I decided to stray from my regular choices and stationed at the Gomti Nagar Novotel (a mere 20 minutes from the University). 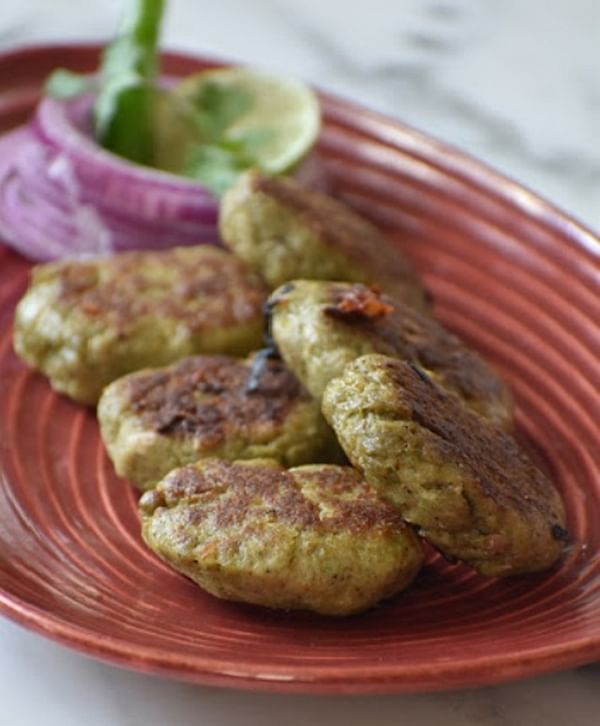 Another reason to pick this for my staycation sojourn was its affordable buffets and renowned F&B services. Considering my time constraints and love for gourmet food, this was the obvious choice. 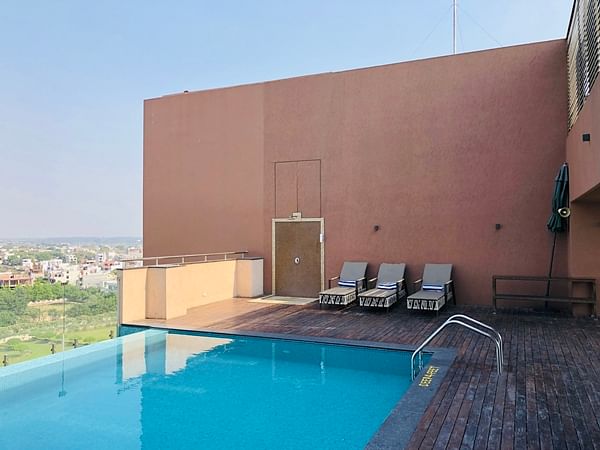 From galouti kebabs and nalli nihari to international breakfasts and everything in between, I ate to my heart’s fill! I savoured an enviable poolside brekkie as well and got those OTT pics for social media.

Chikan suits in Lucknow aren’t as cheap as they sound. Depending on where you pick them up from, the pricing starts from Rs.2,500 bucks for a kurta and then the sky is the limit. Myriad designs hand-stitched and embroidered on a variety of cotton make this a compelling buy even today.

I went hunting to Hazrat Ganj - Lucknow’s main mall road which is filled with upmarket brands, couture clothing and big eateries. Lucknow as a city has evolved tremendously and if you are visiting after a decade or so, you’re in for a slight shock. 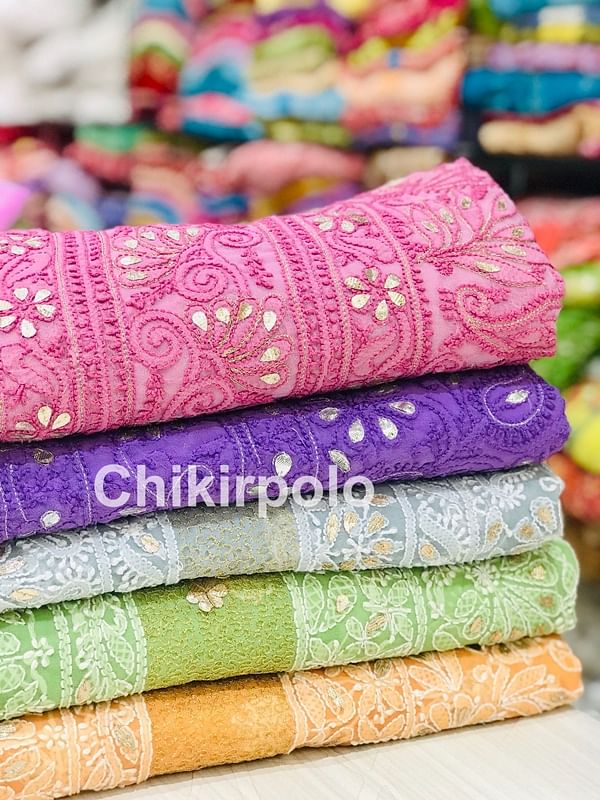 Every designer, multinational food chain and store has made its mark here. Despite the modernity, people of Lucknow tend to enjoy a leisurely pace of life and comfortably switch between the old and the new, the ludicrous and the sublime without conflict. Kites are flown, chai pe charcha is a common occurrence and tongas are a dime a dozen.

The Gomti river looks pristine from the aircraft but approach the banks and you will realise it is sickly, ecologically unhealthy and in desperate need of cleaning.

According to my astrologer, I needed to wear an iron ring beaten out of a boat nail. However not any boat and nail will do. It has to be the front nail of a moving boat (in use) and cannot be beaten with fire during the making process.

Now since there are no boats on the river (boating is discontinued) I had to walk a considerable distance along the riverfront just to spot a boat. My 10,000 steps were completed within the first half of the day itself. In fact to access the banks there’s a fee by the local government. 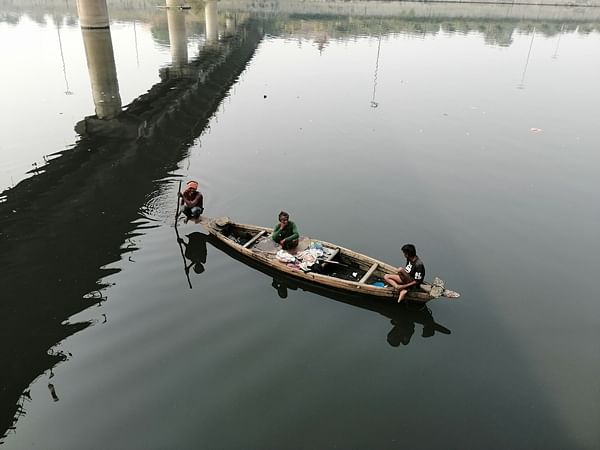 The macchawaras are aware about this substitute upaya for an expensive and controversial stone whose cost runs in lakhs. Naturally believers come from far and wide to procure the same.

For an iron nail that cost me as much as my chikan kurta, I tossed the money from the bridge as he threw the keel (nail) upwards. I didn’t manage it’s making due to lack of time but the raw material was procured. The needful will now be done in the comforts of my city.