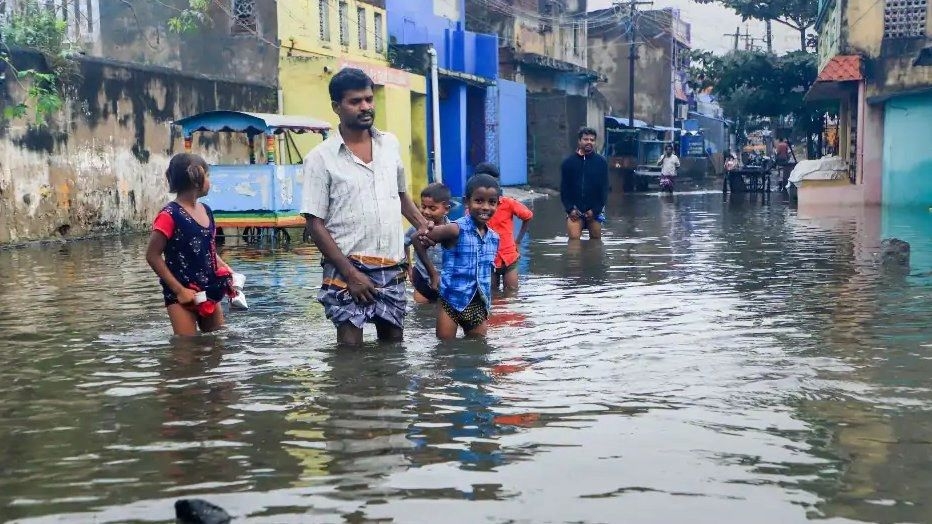 Bengaluru: As many as 24 persons lost their lives due to tragedies related to the heavy rainfall in Karnataka since September. The rains have also caused loss of agricultural crops in five lakh hectares in the state.

These were some of the important points that emerged from the Sunday evening meeting chaired by Chief Minister Basavaraj Bommai at his home office, Krishna, to review the damage caused by incessant rains in various parts of the state.

According to sources, the preliminary report on the damages stated that 658 houses were completely damaged and 8,495 houses were partially damaged. It has also resulted in the death of 191 livestock.

Around 5 lakh hectares of agricultural crops were lost and the horticulture crop loss has been assessed at 30,114 hectares. The continuous rains have damaged 2,203 kilometres of roads in the state.

As many as 165 bridges are also damaged. The report mentioned that 1,225 school buildings, 39 public health centre (PHC) buildings in various districts are also severely damaged by rains. 1,674 electric poles are damaged and 278 transformers have also suffered damages, the report says.

An amount of Rs 689 crore has been made available with District Commissioners in districts under the National Disaster Relief Fund (NDRF). The Chief Minister Bommai has assured allocation of more funds if necessary.

Officers of the Agriculture department at all levels were instructed to conduct surveys of crop losses. Crops in 3.43 lakh hectares were affected due to incessant rains in August and September affecting 1.5 lakh farmers and Rs 130 crore has been released for them. Compensation for 79,000 farmers is pending and Chief Minister Bommai instructed for the release of Rs 79 crore towards clearing the compensation due for them.

Action for immediate release of Rs 1 lakh each as the first installment of relief for those lost their houses. Officers have been instructed to take action for speedy disbursal of crop loss insurance amount by the insurance companies. Orders were issued to take up the road repair works immediately after the rain spell in the meeting.

It was also suggested to take up the repair of irrigation tanks on war-footing. The government has also decided to release Rs 25 lakh for each zone in the BBMP limits for pothole fillings. Instructions for submitting ward wise reports on damages in the BBMP limits have been given.

Home Guards, Civil Defence Force teams are ready to take up the rescue and relief work. Officers were instructed to augment their strength, if necessary in the meeting.