Dr Jitendra Singh said that the Department of Pension has been extensively using technology to achieve this end, be it the introduction of Digital Life Certificate, introduction of an intelligent common software "Bhavishya" for all Government of India Ministries for processing Pension cases.
ANI 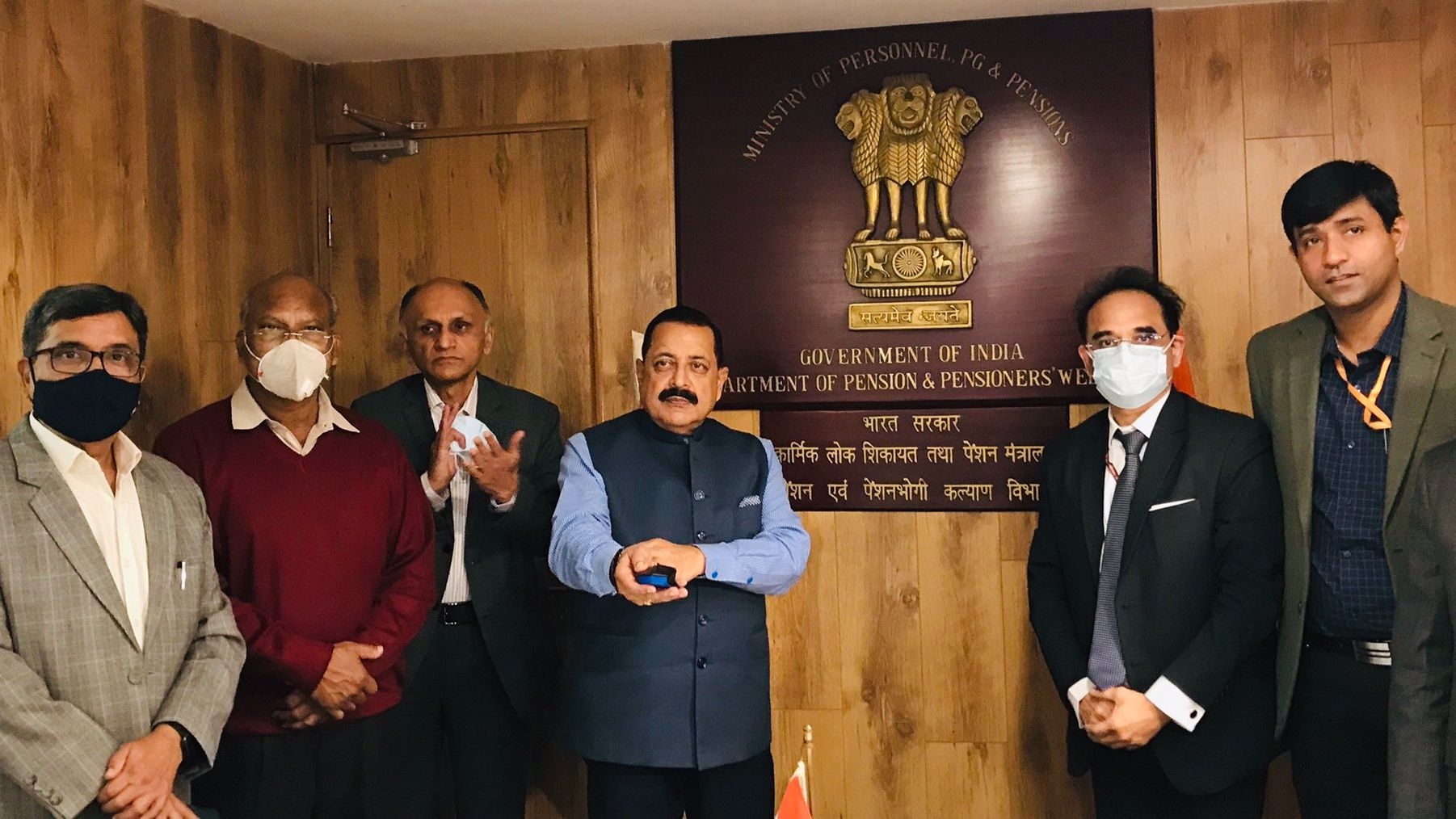 New Delhi: Union Minister of State Dr Jitendra Singh on Monday launched unique Face Recognition Technology for Pensioners and said that this will bring ease of living for the retired and the elderly citizens.

Singh said, "Face Recognition Technique of giving Life Certificate is a historic and far-reaching reform, since it will touch the lives of not only 68 lakh central government pensioners but also crores of pensioners who fall outside the jurisdiction of this Department such as Employees' Provident Fund Organisation (EPFO), State Government Pensioners etc." He thanked the National Informatics Center (NIC), the Ministry of Electronics and Information Technology as well as Unique Identification Authority of India (UIDAI) for devising this technology and making such an initiative of the Department of Pension and Pensioners' Welfare possible, the official press release said.

Singh said that the government headed by Prime Minister Narendra Modi has always sought "ease of living" for all sections of society including the retirees and pensioners who are the nation's assets with all their experience and long years of service rendered by them. He also reiterated that during the Coronavirus pandemic too, the Department of Pension brought about several reforms for release of provisional pension/family pension.

The Minister said that the Department of Pension has been extensively using technology to achieve this end, be it the introduction of Digital Life Certificate, introduction of an intelligent common software "Bhavishya" for all Government of India Ministries for processing Pension cases. He said, "the effort in issuing Electronic PPOs and pushing the same in Digi locker is a huge step towards Ease of Living and transparency." He said that the Department has also been bringing out e-booklets for Pensioner awareness and carrying out an Awareness campaign on Twitter, Facebook, Youtube, and other social media.

"The informative films on social media have become quite popular showing a record number of hits," he added.

Singh said, the Grievance redressal portal CPENGRAMS along with a Call-centre is another example of digitization. He said, at the behest of the Prime Minister, the Department also started a portal entitled "Anubhav" to show-case the experiences in Government of retiring officials which has now become a huge resource base for us. The Department not only introduced the concept of Pension Adalats but has leveraged technology to hold digital Adalats through video-conferencing.

Dr Jitendra Singh also informed that the Department of Pension had started the system of registering Pensioners' Associations in different cities and with around 46 registered Associations in different cities, the Department has been able to strengthen its hands in being able to reach the grass-root level of the Pensioners for helping them as well as taking help from them in spreading awareness of the Pension Policy Reforms. He added that recently the Department brought out NPS Service-related Rules as well as Gratuity Rules for officials covered under NPS. The Minister hoped that the mammoth task of Review and Rationalisation of CCS (Pension) Rules, 1972 has reached the final stages and shall be released shortly. Omicron threat: Around 1,000 travellers from South Africa landed in Mumbai since Nov 10, says...