Google gets a monopoly rap from EU 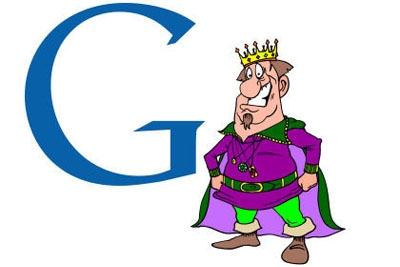 Brussels :  The EU on Wednesday formally accused US Internet giant Google of abusing its search engine dominance and launched a sensitive probe into its omnipresent Android mobile phone operating system.

On the first count, the commission said it had sent a formal “Statement of Objections” to Google, charging it with diverting traffic from its rivals to favour its own products and services, particularly websites for shopping. A large number of online operators have complained about Google in other areas, too, like travel and mapping. The inquiry might eventually expand to these areas as well.

“The Commission’s preliminary view is that such conduct infringes EU anti-trust rules because it stifles competition and harms consumers,” a statement said. If found at fault under EU anti-trust rules, a company faces a fine of up to 10 percent of its annual sales — in Google’s case, USD 66 billion in 2014.

The Commission said it would continue to examine three other areas of concern — copying of rivals’ web content, exclusive advertising regimes and undue restrictions on advertisers — identified in probes dating back to 2010.

In a potentially hugely important development, it also announced a separate investigation into “Google’s conduct as regards the mobile operating system Android.”

“The investigation will focus on whether Google has entered into anti-competitive agreements or abused a possible dominant position in the field of operating systems, applications and services for smart mobile devices,” the statement said.

EU Competition Commissioner Margrethe Vestager said Android was hugely important and it was vital it be open to all. “Smartphones, tablets and similar devices play an increasing role in many people’s daily lives and I want to make sure the markets in this area can flourish without anti-competitive constraints imposed by any company,” she said. Google accounts for about 90 per cent of the EU search market and now has 10 weeks to reply on the search count.

Vestager told a press conference that the door remained open to an amicable settlement and she called on Google to take every opportunity to discuss the issues with Brussels. In two blog posts in response, Google said that in search, there was in fact “more choice than ever before.” “While Google may be the most used search engine, people can now find and access information in numerous different ways — and allegations of harm, for consumers and competitors, have proved to be wide of the mark.”

The company said its Android system had been a key driver of innovation and had benefited others, not hindered them. “We look forward to discussing these issues in more detail with the European Commission over the months ahead,” the post said. — AFP