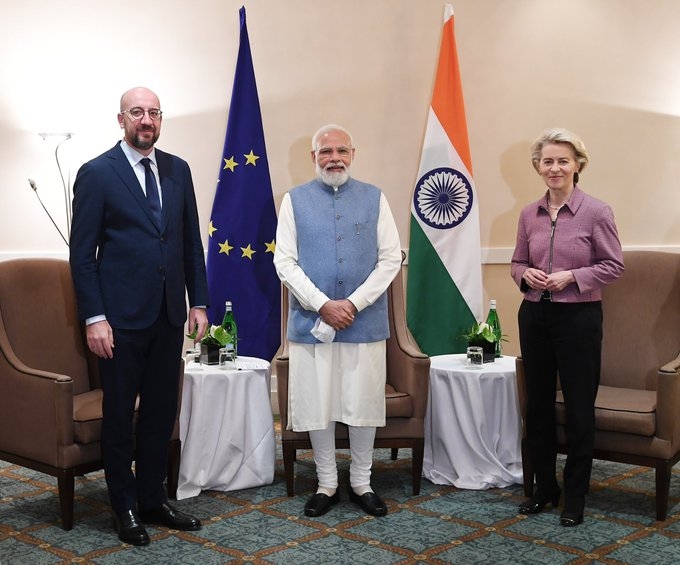 This was Prime Minister Modi's first official engagement after he arrived here to participate in the G20 Summit where he will join other leaders in discussions on global economic and health recovery from COVID-19, sustainable development and climate change.

Official engagements in Rome begin with a productive interaction with @eucopresident Charles Michel and @vonderleyen, President of the @EU_Commission. The leaders discussed ways to enhance economic as well as people-to-people linkages aimed at creating a better planet, Prime Minister's Office said in a tweet.

After their meeting, Ministry of external Affairs (MEA) spokesperson Arindam Bagchi said that they held extensive discussion on a number of key issues.

After the meeting, European Commission President Leyen said it was good to meet Prime Minister Modi. Good to meet @narendramodi. Our strategic agenda is on the right track. We agreed that our trade negotiators will start to work. We ll deepen our cooperation on climate including on innovation & technology Looking forward to cooperating in the Indo-Pacific #EUGlobalGateway, she said on twitter.

India-EU bilateral relations date back to the early 1960s with India being amongst the first countries to establish diplomatic relations with the European Economic Community in 1962.

The first India-EU Summit took place on 28 June 2000 in Lisbon. The relationship was upgraded to a Strategic Partnership' during the 5th India-EU Summit held in 2004 in The Hague. The 27-member EU is a political and economic bloc comprising 27 member states located primarily in Europe.