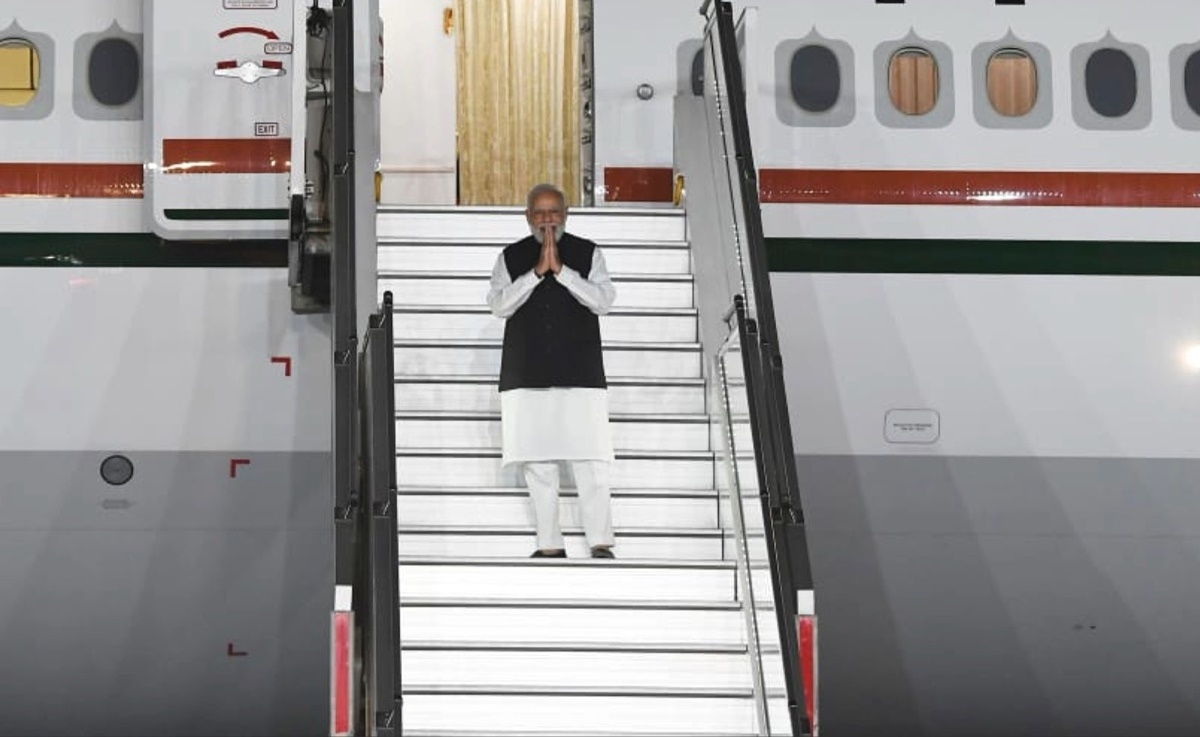 Prime Minister Narendra Modi has left New Delhi to attend the G20 Summit to be held in Rome on Friday.

In the early hours of Friday, PM Modi embarked on the visit with his office tweeting a picture of him boarding a plane for Italy to participate in the G20 Rome Summit.

Prime Minister Modi will pay tribute to Mahatma Gandhi on his first day of arrival in Rome. He will also call on Pope Francis in the Vatican during his two-day visit.

He will be in Glasgow, United Kingdom, on November 1, 2 for the World Leaders’ Summit of COP26 meeting at the invitation of British Prime Minister Boris Johnson.

Here's what is on agenda:

Ahead of his visit to Italy and the UK to attend the G20 meet and COP-26 World Leaders' Summit, Prime Minister Narendra Modi on Thursday said that in Rome he will hold discussions on global economic and health recovery from the pandemic, while in Glasgow he will highlight the need to comprehensively address climate change issues, including equitable distribution of carbon space.

In a tweet, PM Modi said over the next few days, he would be in Rome, the Vatican City and Glasgow to attend important multilateral gatherings like the G20and COP26.

There would also be various bilateral and community-related programmes during this visit, he said.

"In Rome, I will attend the 16th G20 Leaders' Summit, where I will join other G20 leaders in discussions on global economic and health recovery from the pandemic, sustainable development, and climate change," PM Modi said noting this will be the first in-person summit of the G20 since the outbreak of the COVID-19 pandemic.

In his statement before leaving, he said the meeting will allow the G20 to take stock of the current global situation and exchange ideas on how the grouping can be an engine for strengthening economic resilience and building back inclusively and sustainably from the pandemic.

"During my visit to Italy, I will also visit the Vatican City, to call on His Holiness Pope Francis and meet Secretary of State, His Eminence Cardinal Pietro Parolin," PM Modi said.

The Prime Minister said on the sidelines of the G20 Summit he will also meet with leaders of other partner countries and review the progress in India's bilateral relations with them.

Following the conclusion of the G20 Summit on October 31, PM Modi said he will depart for Glasgow to attend the 26th Conference of Parties (COP-26) to the United Nations Framework Convention on Climate Change (UNFCCC).

"I will be participating in the high-level segment of COP-26 titled World Leaders' Summit' (WLS) on 1-2 November, 2021, along with 120 Heads of States/Governments from around the world," he said.

"In line with our tradition of living in harmony with nature and culture of deep respect for the planet, we are taking ambitious action on expanding clean and renewable energy, energy efficiency, afforestation and biodiversity," he asserted.

Noting that India is creating new records in a collective effort for climate adaptation, mitigation and resilience and forging multilateral alliances, Modi said India is among the top countries in the world in terms of installed renewable energy, wind and solar energy capacity.

"At the WLS, I will share India's excellent track record on climate action and our achievements," he said.

The Prime Minister said he will also highlight the need to comprehensively address climate change issues, including equitable distribution of carbon space, support for mitigation and adaptation and resilience-building measures, mobilization of finance, technology transfer and the importance of sustainable lifestyles for green and inclusive growth.

COP-26 will also provide an opportunity to meet with all the stakeholders, including leaders of partner countries, innovators and inter-governmental organisations, and explore the possibilities for further accelerating our clean growth, PM Modi added.