The under-fire Wrestling Federation of India chief Brij Bhushan Sharan Singh has moved Delhi High Court against allegations of sexual harassment by top Indian grapplers. Sharan has been accused of sexually harassing women wrestlers and working like a dictator by some of the country's top wrestlers, including Vinesh Phogat, Bajrang Punia, Sakshi Malik and Ravi Dahiya. The sports ministry had said on Saturday it had asked the WFI to suspend "all ongoing activities with immediate effect", including the Ranking Tournament in Gonda, UP, the federation president Sharan's stronghold.

“SEXUAL HARASSMENT ALLEGATIONS TO CREATE PRESSURE ON ME TO QUIT

WOMEN ALLEGE HARASSMENT TO GET WHAT THEY WANT

I AM A VICTIM OF MENTAL HARASSMENT & DEFAMATION

Earlier, Singh, in a tweet, requested people not to put objectionable slogans or hashtags on social media that harm the dignity of political parties or communities, among others. In a tweet in Hindi, Sharan said, "Request. Got information about some objectionable slogans, graphics and hashtags on social media. I disagree with anything that harms the dignity of any political party, social organisation, community or caste-religion." In another tweet, he said, "And, I refute such posts and trends. I am not larger than the party, (and) my dedication, my loyalty is authentic. My well-wishers and supporters should please stay away from such posts. They should neither like nor comment on it."

Meanwhile, the WFI emergency general council meeting, scheduled in Ayodhya on Sunday, was called off after the ministry directed it to suspend all ongoing activities owing to the various allegations against the sports body and its president. 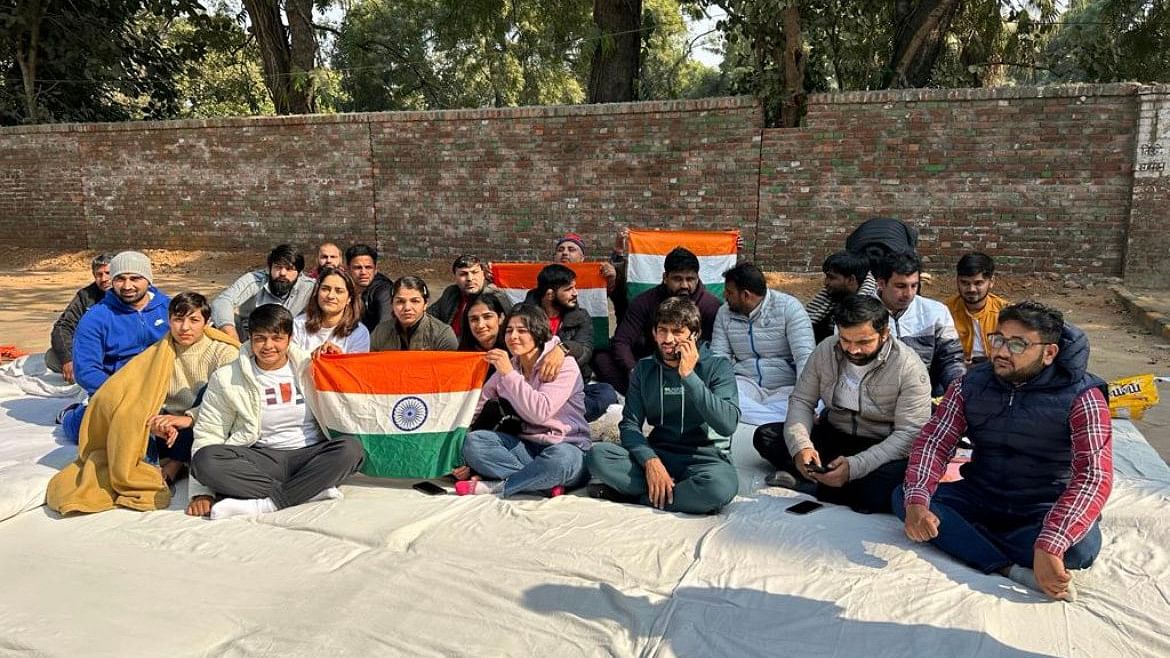