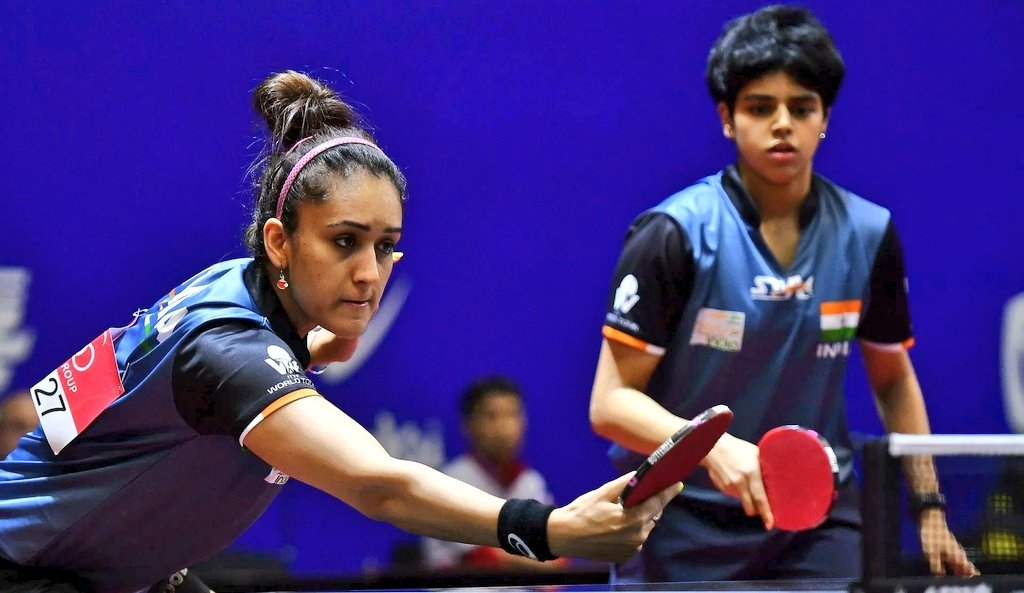 Manika and Archana, ranked 33rd in the ITTF World Rankings, claimed their first title in the WTT Contender series by defeating the Diaz sisters 3-0 (11-3, 11-8, 12-10) in a one-sided contest.

This is the second successive week that an Indian pair has won a title in the WTT Contender Series. Last week in WTT Contender Tunis 2021 event, India's G Sathiyan and Harmeet Desai had won the men's doubles title.

This was also the second title for Manika in this series this season as she had partnered Sathiyan to the mixed doubles title in the WTT Contender Budapest, Hungary, in August.

In the women's doubles final played on Sunday, Manika and Archana established early ascendancy and never allowed the Puerto Rican pair to make a comeback. The first game was totally one-sided and the Indians nailed powerful smashes and capitalised on the errors by their opponents.

The second game was a bit closer and though the Diaz sisters put up a good fight, the Indians always remained close and went on to take a 2-0 lead.

Manika and Archana had opened a handy lead in the third game as they led 6-3 at one stage before the Diaz sisters won seven points in a row to take a 10-6 lead. The Indian regrouped and clawed back into the game, hitting precision shots. They got back the lead and then won six points in a row to eventually win the game 12-10.