HomeSports'We were not good enough': Rohit Sharma on poor batting in loss to SA in T20 World Cup at Perth

'We were not good enough': Rohit Sharma on poor batting in loss to SA in T20 World Cup at Perth

Perth: Conditions in Perth were very difficult for batting but India captain Rohit Sharma said that cannot be an excuse for the team's five-wicket loss to South Africa in the T20 World Cup here on Sunday.

Suryakumar Yadav (68 off 40 balls) played the best knock of his short international career but South Africa exposed India's inadequacies against extreme pace and bounce to win a low-scoring thriller.

Chasing 134, South Africa completed the chase in 19.4 overs with Aiden Markram and David Miller making 52 and 59 runs respectively, the latter remaining not out.

"We expected the pitch to have something in it, with the weather around. We knew there will be help for the seamers. Which is why you saw that 130 was not an easy chase. I thought we fought well till the end but South Africa played well in the end," Rohit said at the presentation ceremony.

"The pitch is such that the wicket can come any time for the seamers. It was a match-winning partnership from Miller and Markram. But we were not good enough on the field. We have played in such conditions so conditions are not an excuse. We want to be consistent in that department."

On the day, India's fielding also left a lot to be desired with even the normally safe Virat Kohli spilling a fairly simple chance in the boundary off Ravichandran Ashwin's bowling. Markram was the batter on that occasion.

"We could not hold on to our chances, we missed a few run-outs including myself. We were a little poor on the field, we gave so many chances in the field and we weren't clinical. We were just not good enough.

"The last two games, we were pretty good in the field. We need to keep our heads high and take a learning from this game." In the 14th over being bowled by Ashwin, Markram and Miller hit a six each and 17 came off that over, which sealed the game's fate. Ashwin (1/43 in 4 overs) lost his confidence after the dropped catch and it showed in the subsequent overs.

Speaking on the Ashwin over, Rohit said, "I have seen what happened at the last game with the spinners. So I wanted to finish with Ashwin before the last over. I wanted to see that the seamers bowl the right overs. Given the new batter came in, it was the perfect time for Ashwin to bowl." South Africa skipper Temba Bavuma, who has been battling poor form, admitted said that his team's other batters are in good nick.

"(At the 10-over mark) the discussion was to try and up the intent. When you do that, that's when opportunities come your way. Fortunately things did go our way and we were able to get that momentum.

"Our batting line-up is in good form barring myself. It's a batting unit that's been together for a while. To come through in pressure moments will boost the guys' confidence.

"We watched the games that were being played here and decided on the lengths. The variable bounce assisted us. We backed our execution, fortunately it came off for us.

"We don't like that tag (favourites), we've come into the tournament as not the favourites. We'll keep flying under the radar. It's important we keep improving and that's exactly what we are doing," said Bavuma.

Man of the Match Lungi Ngidi, who ended with excellent figures of 4/29, said he will cherish his performance for a long time. "It was pretty nerve wrecking when games get down that close, as a bowler you can't do much and just have to believe in the boys. This is one of my biggest dreams, to get something like this (award) at the World Cup and help the country win a game, will cherish it for a long time," Ngidi said.

"It comes with watching a lot of games being played here, fortunately I have played here as well and had that information (on how to bowl).

"We saw Pakistan bowl earlier and pretty much had to do the same thing. After the 10-over break, Markram moved the game forward and David followed him. That partnership brought us close and then David finished it off." 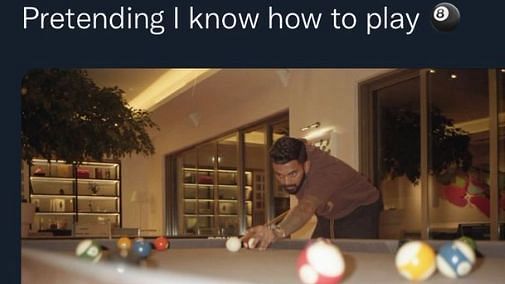