A brilliant century from wicketkeeper-batter Rishabh Pant and his 222-run stand with Ravindra Jadeja powered India to 338/7 on the first day of the fifth and final Test against England at Edgbaston Stadium on Friday.

India resumed their innings at 174/5 after Tea. Rishabh Pant showed his attacking intent by smashing pacer Matty Potts for two brilliant fours in the very first over after Tea.

He brought up his fifth Test hundred off just 89 balls. This was the third fastest hundred by an Indian outside Asia, with Virender Sehwag hitting the fastest in 78 balls against West Indies in 2006, followed by Mohammed Azharuddin against England in 1990 in 88 balls.

Pant went ballistic in the 61st over bowled by spinner Leach, smashing him for 4,6,4,6.

Jadeja also continued looking good with the bat and brought up his half-century. The pair also brought up their 200-run stand in 218 balls.

Joe Root earned his team the breakthrough, dismissing Pant for an entertaining 146 off 111 balls. The 222-run stand between Pant and Jadeja finally ended in the 67th over after Zak Crawley caught Pant at the slip.

This brought Shardul Thakur to the crease. He was dismissed by Ben Stokes for one, caught by wicketkeeper Billings.

Mohammed Shami was the next man on the crease. India ended the first day of the match in a comfortable position. 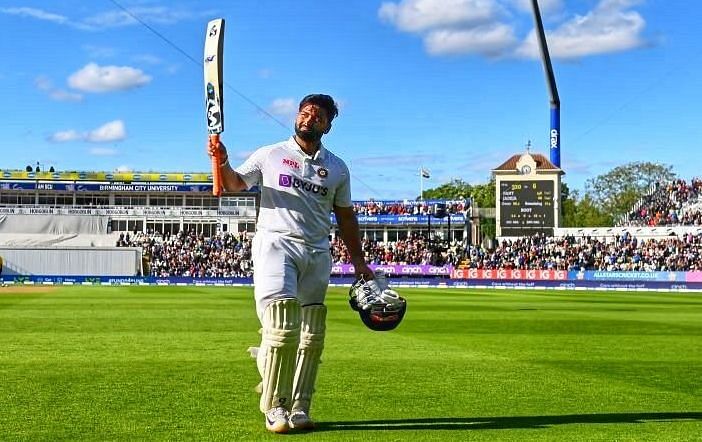